Sauber speaks: ‘Kamui inspires us all’ 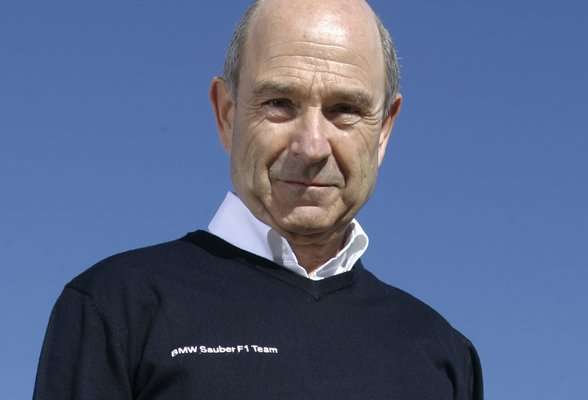 There’s much love for him at this post on F1B and Kamui might get the most praise this side of Lewis Hamilton from Peter Windsor at our recent Downshift.

It’s all in a Q and A that should be here on the Sauber site but is demanding us all to read it in German right now. Instead, the official F1 site also has it up.

But Peter doesn’t just talk Kamui. He touches on purchasing the team, switching drivers mid-stream and the role of TelMex in the team:

Q: Have you ever regretted the decision to buy the team back?
Peter Sauber: No, never. And I never will, although I knew that keeping the team alive would be a very difficult task. But if I hadn’t taken the plunge, every day I’d have been asking myself why. We’ve cleared one obstacle after another from our path; when I compare the situation a year ago to where we are today, everybody in the team can be proud of what we’ve achieved.
.
Q: The team’s progress early in the season was very slow. What was going through your mind?
PS: That was tough, no question. The car was not only too slow, it was also unreliable, which is extremely unusual for this team. And then, as so often happens in sport, we also had a fair amount of bad luck. That wasn’t just annoying, it also made negotiations with potential sponsors pretty much a non-starter.
.
Q: But then, from Valencia onwards, things suddenly picked up. What was the catalyst?
PS: In April James Key took over as technical director and achieved a great deal in a short period of time. He and his team identified the weaknesses of the C29 and laid down a clear roadmap for improvements. These ideas were quickly put into practice and had a positive effect. After collecting just a single world championship point in the first eight races of the season, we added another 36 over the next eight GPs – plus seven in the final three races. Added to which, James also implemented a series of organisational changes. Our success in finding a way out of such a difficult situation over the course of the season represents a fine advertisement for the quality and spirit within the team.
.
Q: You made a driver change ahead of the race in Singapore, replacing Pedro de la Rosa with Nick Heidfeld. With the benefit of hindsight, would you make the same decision again?
PS: Yes, I would. We were in a situation where we didn’t know how far we had come in terms of performance. Both drivers were new to the team, we didn’t know them very well and we didn’t know how good the car was. What we were missing was a reliable benchmark. We know Nick well after working with him for many years, and that allowed us to gauge the progress of various elements.
.
Q: How happy are you with Kamui Kobayashi?
PS: Kamui inspires us all within the team. His refreshing, attacking style really puts a smile on your face. You can tell from reactions in the stands that the Formula One fans love him too; his overtaking moves are always great to watch. However, it would be doing him an injustice to only focus on this aspect of his driving. Kamui is also a very clever driver and understands how to put a pre-defined strategy into action. He’s progressed wonderfully well this year and I’m certain that there’s more to come from him in the future. When I signed him a year ago, I had to put up with critical comments from some experts. But my gut feeling told me that Kamui was something special. And today I’m just delighted to have him in the team.
.
Q: This year coming you’ll be lining up with Sergio Perez – a rookie – and Kamui Kobayashi, who only has a year’s experience in Formula One behind him. Is that not something of a risk?
PS: I’m confident that we’re going into next year in good shape from a driver point of view. Kamui has also made big steps forward this year on the technical side of things, and I have no doubt that he will continue to grow with his new responsibility. Sergio is brimming with talent. For him, it’s a question of learning quickly. Here, he can pick things up from Kamui in the same way that Kamui did from Pedro and Nick. Plus, it’s worth remembering that 2001 was one of the most successful years to date for Sauber – and that season we had a rookie by the name of Kimi Raikkonen alongside Nick, who was in only his second year in F1, as our drivers.
.
Q: Will Kamui Kobayashi then automatically be the team’s number one?
PS: There’s no number one driver in our team; the drivers will be given equal treatment in every respect. But, of course, I’m expecting Kamui to bring his extra experience into play.
.
Q: How is the development of the new car progressing?
PS: The development of the Sauber C30-Ferrari is running according to plan. We’re setting our sights high, and things are looking good so far. James Key has proved in the past that he knows how to build fast cars. All the changes to the technical regulations – including the ban on double diffusers, the introduction of Pirelli tyres, adjustable rear wings and the option of using KERS – make this a particularly exacting challenge this year.
.
Q: A lot has been written about the team being up for sale. What’s the current situation?
PS: I own 100 percent of the team and there are at present no plans to sell the team or any part of it. Our partnership with Telmex, which will come into force on 1st January 2011, does not include any kind of stakeholding and is purely a sponsoring agreement.
.
Q: How long will you stay on as team boss?
PS: A year ago I said that I didn’t want to remain on the pit wall when I turned 70. That’s still the case, and I’m now 67. The critical thing for me is to ensure that we bring even greater stability to the team and that we have a financial basis on which to move forward from a sporting point of view. When that is in place, the time will have come for me to take a step back.

I hear what Peter has to say about 2001, but I’m going to go out on a limb and suggest that high expectations might be a bit much to ask of Sauber with such a “green” set of drivers. Windsor made a compelling case on the Downshift about de la Rosa’s role in improving the 2010 Sauber. I wonder if we will see the team take a step back.

Of course, that might be balanced out by Kamui taking a step forward.

Anything that Peter says strike you as comment-worthy?