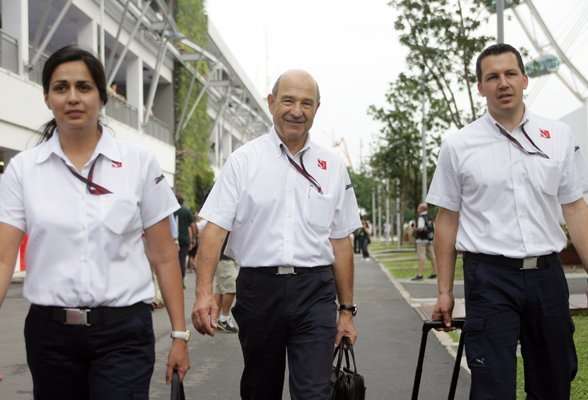 Let’s face it, with the F1 circus moving to AsiaPac in order to capitalize on emerging markets and governments eager to place themselves on the world stage, Sauber has quietly been mining the gold in the Mexican hills and coming up geniuses. It was announced today that the Swiss-based team turned Mexican racing team has added Interproteccion which is Latin America’s leading insurance group and has its headquarters in Mexico. Peter Sauber said:

“We met the key people from Interproteccion for the first time at the Brazilian Grand Prix in November, and are very pleased that we’ve been able to come to an agreement so quickly,” says team principal Peter Sauber. “Interproteccion is present in over 100 countries, and the international nature of Formula One offers correspondingly broad potential for synergies. We’re particularly happy, of course, that in Interproteccion we’ve now added a second Mexican company to our list of partners alongside Telmex.”

First Telmex and two Mecxican drivers and now Interproteccion? Peter Sauber is working some serious magic folks and this is in a tough economy which couldn’t find two quarters to rub together for HRT. I’ve always liked Sauber and couldn’t be more happy for their recent spate of serious funding. I really am looking forward to their season next year and hope they take the new team, sponsors and chassis toward the front of the grid. With some serious resources, terrific engineering and Kamui Kobayashi, there is no telling what they may accomplish next year.