BMW Sauber F1 Team has released a Q&A with Technical Director Willy Rampf. According to Rampf, things are looking good and on target. I was intrigued by Sauber’s performance during the first test in Valencia and will be keen to see how they do at Jerez this week. Their pace looked good and reliability was also good for the 1,000 kilometers they drove. This, being BMW’s 2010 Chassis, may just have solved the 2009 issues and it could give us an insight to just how BMW was going to do in 2010 had they stayed. 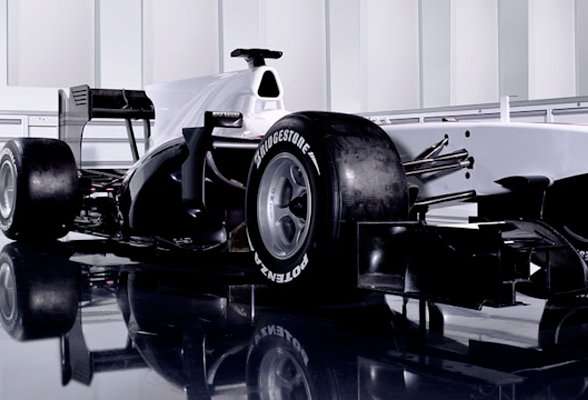 What Sauber need now is a good chassis, engine and reliability to garner a few key sponsors to ensure the longevity of the team.

Q. How happy are you with the reliability of the BMW Sauber C29 after the first test?

Willy Rampf – BMW Sauber’s technical director: “All in all we can be satisfied with the reliability of the car. We completed 1,000 kilometres over the three days without encountering any major problems. Of course, we have to make some adjustments and modifications, but that’s what tests are there for.”

Q. Are these all things that can be rectified ahead of the first race of the season in Bahrain or even before the next test?

WR: “We will have worked through most of the points before the next test in Jerez. There’s nothing that we need to be seriously concerned about. For example, the rear of the engine cover was singed by the exhaust gases, so we’ll be using a different material for that.”

Q. How are things looking in terms of the car’s performance and competitiveness?

WR: “That is even more difficult to assess this year than in previous years. All we can say is that our car is delivering the performance expected based on our simulations and measurements in the wind tunnel. Vastly differing fuel loads make it impossible to draw an absolute comparison with other teams’ cars.”

Q. What are the drivers telling you about the handling of the C29?

WR: “The drivers’ comments have been generally positive regarding factors such as braking stability, traction and the car’s responses under widely varying fuel loads.”

Q. The fuel load of the car – and therefore its weight â€“ will vary hugely in 2010. Has car set-up been a problem?

WR: “I wouldn’t call it a problem, but it’s certainly a challenge. The cars will run a minimal fuel load in qualifying and then line up for the race with a full tank, but changes to set-up will not be allowed. Finding the right compromise here will be absolutely critical.”

Q. What has changed as a result of the slimmer front tyres?

WR: “Generally speaking, their effect is less pronounced than expected. It’s clear that the cars have a greater tendency to understeer, which we can balance out to a certain degree by shifting the weight further back and making the necessary changes to the chassis set-up.”

Q. How is the working relationship between the drivers and the team?

WR: “Both drivers are new to the team and so we’re all still getting to know each other. However, the working relationship between the drivers and team has got off to a very good start. With Pedro you can see that his vast well of experience has given him a broad base of technical knowledge, which is extremely valuable for all involved. Kamui gets his impressions across very quickly, which means he can give the engineers the information they need to work out the changes required. All in all, the drivers and engineers are already working together very productively.”