Of course we love the glitz, glamour, and high-end technology in Formula One, the pinnacle of motorsport, but let’s remember where this all began. It all started as soon as there were two cars and a clear stretch of road or an old horse track at the fairgrounds.  For many of us, the passion for motorsport began with our seeing high-end racing machines on TV, or if we were fortunate enough, at a circuit. Immersing ourselves in the top-tier level of racing, be it Formula 1, Le Mans, MotoGP, or WRC, it’s easy for us to forget that motor racing has always been fed from the grassroots level up.

The Sports Car Club of America (SCCA), although providing excellent pro-level racing through the Trans Am series, Mazda MX-5 Cup, and Pirelli World Challenge, has always been, at its heart, about grassroots club racing. 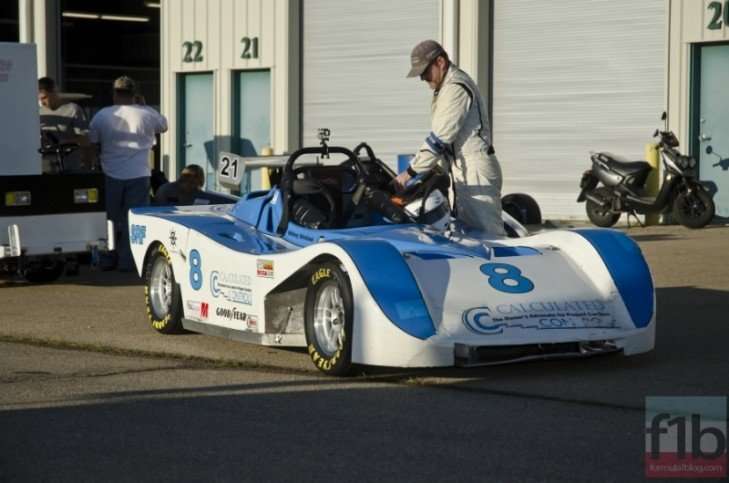 Just because the race cars aren’t as high-tech as a Mercedes F1 car doesn’t mean that the racing action is inferior. A local club race can be just as enjoyable, entertaining, and exciting, as any pro-level race, and is certainly a lot cheaper!  Not to mention, the drivers are also far more accessible and approachable, especially for kids. Heck, most drivers will enthusiastically encourage kids to have a seat in their machines! How many IndyCar, Formula 1, or WEC teams are going to allow that?

This past weekend, the SCCA Mid-States Majors Tour and the US Majors Tour wrapped up their season with a double-header at Heartland Park Topeka. One of the enjoyable things about a club racing weekend is the wide variety of classes and cars. On track at HPT were various open-wheel machines such as the non-aero platforms of F500, Formula Ford and Formula Vee, winged cars such as Formula Mazda and Formula Atlantic, purpose-built sports car prototypes, as well as production-based race cars.

Most amazing of all, and this will give you a sense of the level of passion these racers have for the sport, all 84 drivers agreed to forego their prize money to fund a free gate for all spectators interested in coming out to watch. Now that’s love for the sport right there!

During both days, 18 classes ran in six different run groups with qualifying and Race #1 on Saturday and a short 15-minute warm-up and Race #2 on Sunday. This made for a busy track! From 8:00am through to 4:30pm, the only break from on-track action was the hour lunch break at noon.  For the spectators that were on hand, it made sure they got a full dose of racing action, but for the corner workers and one photographer in particular, it made for a very long, grueling, and dehydrating day!  The dedication of corner workers is highlighted even climb into the high 90s, and also when you realize that these are all volunteer positions. 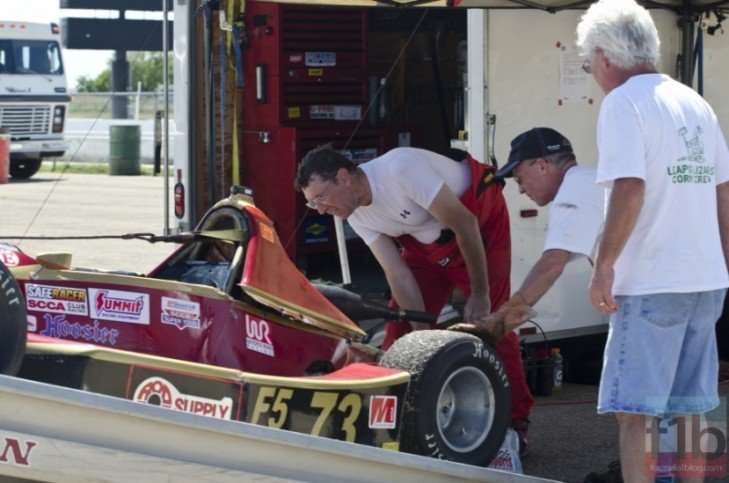 Thankfully, most of the day went without incident. There was lots of close racing, but with drivers watching out for each other and respecting the blue flags there was little contact.  On Saturday, only two cars needed to be towed back to the paddock, one for an unassisted off during the GT-1 and GT-2 heat, and one for contact resulting from an ambitious brake point that resulted in solid contact between two Formula 500 cars.  David Vincent, who already was suffering a wicked vibration under braking, incurred even more damage and had to limp out the rest of the race finishing six laps down. Vincent was able to patch the car back together enough to run in Sunday’s race, but would finish a lap down.

Even the SCCA CEO, Lisa Noble, came out to run in the Formula Vee class. Now THAT’S taking a direct interest in the organization you’re responsible for running!  Think you’d ever see Bernie jump into a GP3 car, or Mark Miles hop into a USF2000 machine?  Not only did Lisa compete, she dominated her competition taking the win in Sunday’s FV race. 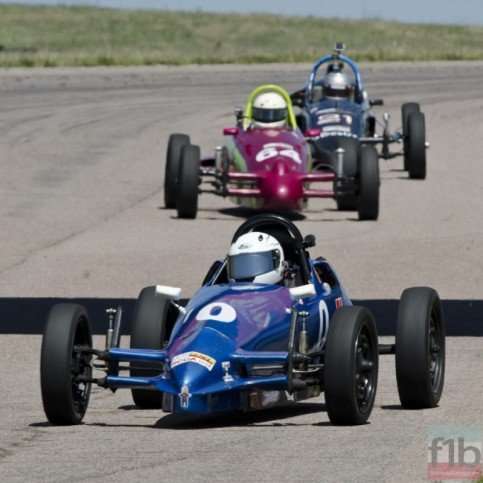 If you’ve never seen a Formula Vee race before, it’s something to behold. Unlike most modern formula racers, the FV class still uses large diameter, narrow width tires harkening back to the old days of grand prix racing.  I swear my bicycle has a larger contact patch than the FV cars do! To see a FV run through a technical sequence of corners in the hands of a skilled driver is something to see. You just sit there and shake your head thinking, “There’s no possible way that car can grip like that!”  Of course if the car were in my hands, it wouldn’t grip like that! You have to be some kind of Paul Charsley to make a Formula Vee go fast, but when it does, it’s quite the sight.

It was a good weekend for the Kaw Valley Race Group, a combined group of club racers from the Kansas and Kansas City Regions. It was their home race, and many of the KVRG members took home class wins and secured season titles this weekend at Heartland Park Topeka.  Here are the weekend’s class winners.

You can find full results and recaps of the two days of racing action at http://www.scca.com/events/index.cfm?eid=6928.

This was the final Majors race of the season, but certainly not the last event for many of the SCCA Regions, the Kansas City and Kansas Regions included.  There’s more to the SCCA than club racing.  Solo, RallyCross, and Road Rally events will be taking place across the country well into November.  In most cases, attendance is free so hop on out and check out the grassroots motorsports happening in your neighborhood. You may just be surprised to find yourself behind a wheel and in your own racing machine before you know it!