Toro Rosso unveiled its 2019 challenger today and provided a video as well as pictures of the new design. Interesting Q&A with Franz Tost at their website as well in which he speaks to the relationship between Red Bull and Toro Rosso.

Whether by design or not, STR’s Tost is quick to draw a line between the two teams in that the flow of tech, concepts and innovation from Red Bull don’t seem to naturally end up at the STR. In particular he mentions the ability for Red Bull to develop beyond STR’s resources and scope. Here is Franz: 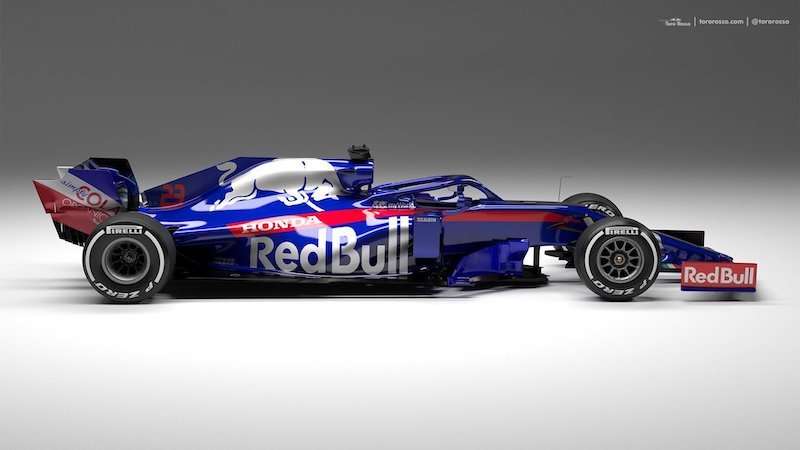 Q: So, talking about the car, you see the STR14 as a step forward…
FT: I do. We have very good technical people to follow the in-house design, and the reliability of last year’s synergy project parts will put us in a more favorable situation to develop quicker during the season.

Q: An important element of the car is the engine. How would you assess the progress Honda made during 2018 and what do you expect from them this year?
FT: It’s been a great decision to move to Honda last year and, despite it being year one of what we hope will turn out to be a very long relationship, the cooperation with them has been amazing. If there’s something you can’t buy in Formula 1, it’s time, and the step forward they made in just one year reflects the enormous commitment they put in the project with us. The confidence that also Aston Martin Red Bull Racing has agreed to be supplied by them will give an additional boost to improve even further. 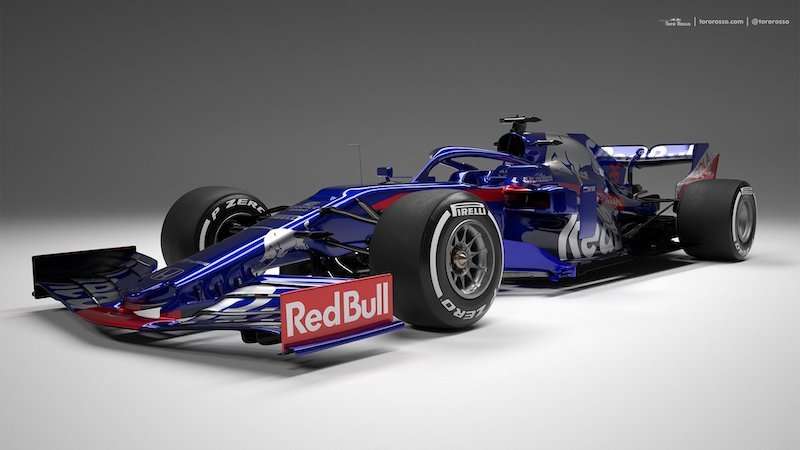 Q: And now the drivers: we will have Daniil Kvyat back in the team and the young Alex Albon making the step to Formula 1. Tell us why you think Daniil deserved another chance, and do you think Alex is a quick learner and can adapt quickly to an F1 car to deliver good results?
FT: I always say that a young driver needs two to three years to understand and deliver in the complicated world of F1, but Daniil showed his natural speed from the very beginning. When the contingency required his move to Red Bull Racing, it seemed that he could be ready for the challenge. He showed some very good performances but to perform under pressure is always a challenge, now we can say with hindsight it was just too early. He had to live through a difficult time when he joined us again in 2016 – it was psychologically tough, but no one has ever doubted his driving skills. I strongly believe he deserves another chance in Formula 1 and I feel the best is yet to come from his side. Having had time to mature as a person away from the races will help him show his undeniable capabilities on track, as well as supporting Alex in his development as a young driver. Alex will have a lot to learn, like any newcomer in Formula 1, but he certainly proved himself in the lower categories like European Formula 3, GP3 and especially in Formula 2, where he was able to win races. In the second half of last year’s F2 Championship, he impressed with a lot of overtaking maneuvers and that’s what convinced us he is the right driver to get on board. With Daniil on the other side of the garage, he has an F1 experienced driver with whom he will be learning a lot from, along with the support of the team around him. Scuderia Toro Rosso is very much looking forward to 2019, as with Daniil and Alex we have two young and competitive drivers.

Q: Having said all this, what are your expectations for 2019?
FT: In regards to our performance, as is always the case before the start of a season, it’s too early to say and we don’t want to set a specific target – at least not now. All things considered, the quality of the synergies with Red Bull Technology, the belief in our very high level of in-house technical knowledge, the impressive development trajectory Honda has shown so far, and the couple of strong young drivers we have available make me feel confident we will put ourselves in a strong midfield position in the Championship.

I always like the beginning of the season, no matter the sport. Everyone is so optimistic. I do hope Honda is up to the pace.