The Valencia track is certainly all the rage today as testing has officially started for the 2010 season. Alongside that testing, Red Bull Racing’s sister team Scuderia Toro Ross has unveiled their 2010 challenger amidst all the frantic action of the test session. 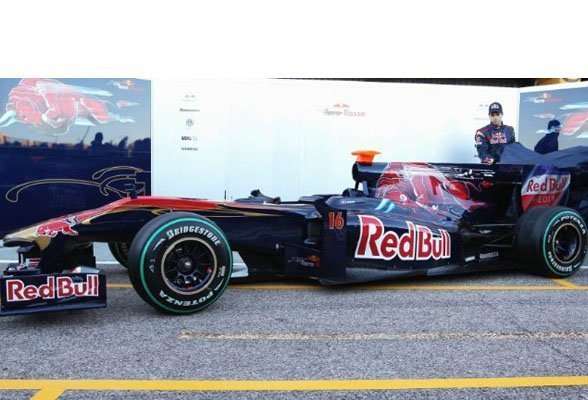 The most notable and perhaps prideful fact of the TR5 is that it is the first car specifically built by the team instead of relying on chassis development and production to be handed down from their sister team, Red Bull Racing.

“After four years of working in collaboration with Red Bull Technology, the TR5 is the first car that is one hundred percent down to our own endeavours.

“Creating the necessary infrastructure to tackle this task has been our biggest challenge, possibly more difficult than actually producing the car itself. We have taken on an additional eighty staff and expanded our facility to accommodate them, including a Machine Shop to increase our production capacity.

“In addition, we have commissioned a wind tunnel in Bicester, England, which we bought from Red Bull. It will take time for the highly skilled team we have assembled to learn to work together as efficiently as possible.

“Making predictions for the coming season is a dangerous trap, but if pushed, I would say we must aim to finish in the top eight in the Constructors’ Championship, while giving our young drivers everything they need to improve, as well as optimising our infrastructure in order to be as competitive as possible in 2010 and beyond.”

The details of F1 are insurmountable and things such as being a constructor are not easily achieved. Technical Director Giorgio Ascanelli explains:

“Being recognised as a Constructor involves owning the intellectual property rights to what are defined as the listed parts: these are effectively the monocoque, the safety structures that are subject to homologation and crash testing, which means the rear and front structures, primary and secondary roll-over structures and the complete aerodynamic package, the suspension, fuel and cooling systems.

“Before even thinking about producing a car, we had to acquire the right tools to carry out these tasks and also hire the people who are to use these structures. Finding fifty people and putting them in an environment where they can do their job has been a tough task”.

The launch signaled a new beginning for the team as a full constructor and all the challenges that brings. While that is exciting, it is also perhaps somewhat bittersweet to not have the gauranteed top-shelf design talents of Red Bull’s Adrian Newey designing your cars for you. In the end, however, I believe Toro Rosso believe they have the talent and brilliant minds to position themselves very well within the constructor community.

A big day for Toro Rosso and F1 fans should be excited to see the team move to a full constructor operation. The drivers for 2010 remain the same with STR retaining the services of Sebastien Buemi and Jaime Alguersuari. 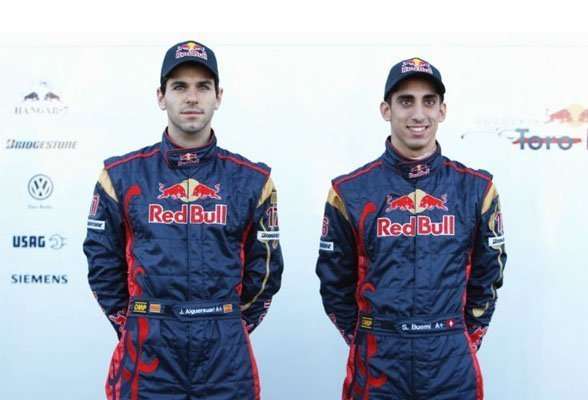 So what does it mean to be a constructor? I think it is a large step in the right direction for STR. They have been playing junior league team to Red Bull for quite some time now and if they can win a race with Sebastian Vettel, they certainly have the talent and motivation to build their own car. Let’s hope they stand competitive against the new teams.

The hold-out weapon of course is the ability to seek engineering and other assistance from parent team Red Bull should they face something unique that is perplexing or troublesome. Having Red Bull’s team behind them affords a padding to their maiden flight from the nest of F1 geniuses.