When Shell called and asked if I would like to visit their facility in Houston to understand how Shell V-Power is made and what makes it different, I didn’t hesitate. I set out with the express purpose of discovering why Shell V-Power works better in my car than any other fuel. It’s not a hunch or rabid brand loyalty that makes me drive out of my way to get Shell V-Power in my car—I’m not that kind of guy and I don’t fall for cheap parlor tricks.

For fuel wonks, my trip to Houston won’t reveal a host of new information for you because you already know that fuel is fuel and it is really additives that make the difference. For the rest of us, I thought I’d share with you a few things I discovered about the fuel I put in my car and why my car runs better on Shell V-Power than it does on any other kind of fuel I’ve tried.

The American fuel/gas/petrol business has changed since I was a kid driving my vintage 1969 Pontiac Firebird Convertible (in the 80’s you could get one for cheap). Back in days of old, petroleum companies had a phalanx of people who searched for oil, drilled and harvested that oil and then sent it to their refineries. 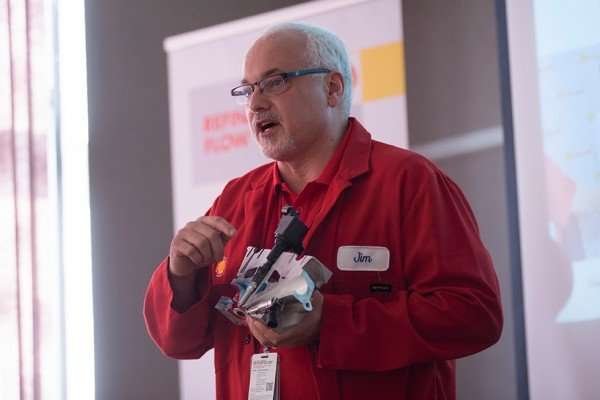 At the refineries, the company would create fuel and then ship it to gas stations for us to buy. Those were the good old days of a closed loop ecosystem that managed raw resources to finished product, which was then distributed to retail. Those days are over—and have been for several years but Shell is still concentrated on both up and down stream operations regarding oil and fuel as well as lubricant products.

These days, oil is harvested and sent to refineries which then process the crude and create fuel that companies—such as Shell—purchase and add a host of additives that creates what they call V-Power fuel. This fuel is then delivered to stations that work with Shell to sell their fuel. In short, as a technologist by day, I see this as effectively a value-add reseller of fuel and lubricants.

The fuel that is created by the refineries has to comply with a strict set of specifications but not all fuel is the same. There are a host of elements that combine to make fuel and chasing these components as well as understanding how they impact a fuel as well as react with your additives is critical. In fact, it’s a science.

Shell was the first company to bring a premium fuel to customers with their V-Power that debuted in China back in 1998. With retail operations in all 50 States, Shell cover America with a comprehensive delivery system that process over 10 million transactions per day.

Visiting the Shell Technical Center in Houston Texas was a great experience. Shell were keen to explain the benefits of V-Power but in order to understand why it is a better product, they first explained how fuel is made and the process of what happens to fuel when it burns in an engine.

You’ve not doubt seen the commercial showing carbonaceous build-up on intake valves and while that, in and of itself, is a tangible example of the cleaning agent in V-Power, they took that demonstration a step further.

It must be said that Houston is hot in the summer but Shell takes safety very, very seriously so we donned red, fire retardant lab coats with safety goggles as we watched two valves soak in fuel—as we soaked in heavy lab coats. 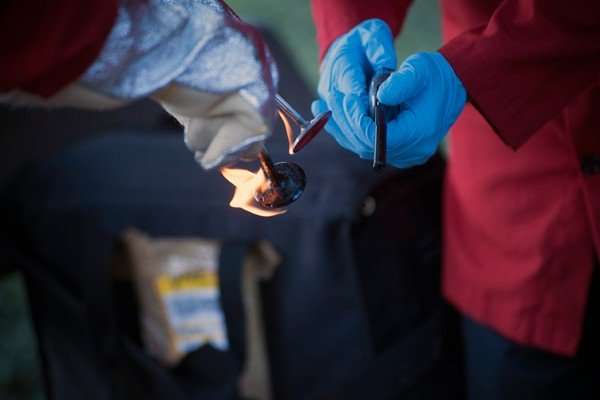 The two valves were different. Both were used but one had carbon build-up and when lit by a match, the valve continued to burn for over 10 seconds while the clean valve’s flame extinguished almost immediately. This demonstrated the sponge-like nature of that carbonaceous build-up and the effect it can have on performance. 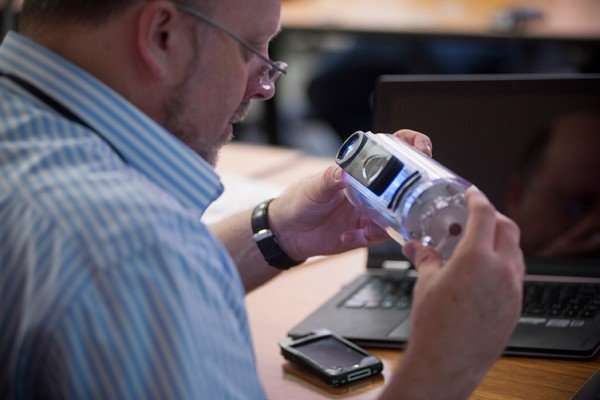 It is a focus of Shell V-Power with nitrogen but to take a closer look, we used a device that magnifies metal plates in which they burn fuel on to see the build-up it leaves. The difference between V-Power and other fuels was really amazing. The V-power plate looked nearly new while the others were already changing their composition and carbonaceous build-up was clearly present.

Understanding how an engine works was something Shell took time explaining to us from direct fuel injection to how an engine’s compression ratio impacts the way fuel burns. I was particularly interested in this issue as my BMW engine is meant to run at higher compression and produces nearly 400 HP.

What we discovered is that blending components that comprise of the additives in fuel is a real art. Finding the right balance between components is crucial and the computer program they used to simulate the blending process was very interesting.

The system showed us, in real time, what impact each component would have as we increased or decreased that component. The horsepower meter was up and down as we adjusted the sliders for each component. We reached a maximum horsepower of 721 but the winning team achieved 729. 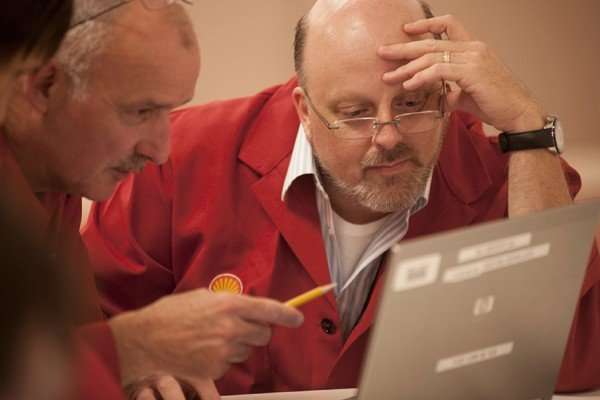 It was a fierce battle to see who could blend the perfect racing fuel and when time was up, we then went to the lab to actually blend the fuel we simulated. There is no question that the combination of additive mixture levels will increase performance of a vehicle and while studies have set out to debunk the notion, I can tell you that I have clear evidence of a cleaner fuel and the performance it gives not only in simulation but in my own cars.

Perhaps you have experienced something different but I’ve spoken with many teams and personnel about it and when asked which fuel is the best—they all say Shell V-power. That isn’t marketing, it’s a reality.

Shell was serious about actually showing us a real example of their V-Power fuel so they took the Lexus SUV of one of Shell’s own employees and opened it up to stick a small camera in so we could take a peek. We saw the intake valves of an engine that had thousands of miles on it using Shell V-power and they looked new. 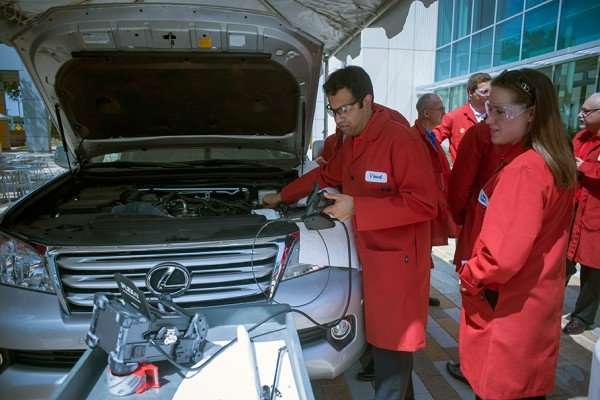 The point is this—telling us about the additives and how they impact our cars is one thing but showing us real examples of fuel burns, an employee’s actual car and doing lab tests and demonstrations to actually understand the process and why it does matter was incredibly revealing.

The reality of Ethanol

While I was in Houston, a few readers asked me about Ethanol and E10. They wanted to know what Shell thought about the biofuel, why they included it in their fuels and how the inclusion forced the reader to seek other fuel alternatives. All fair questions and concerns so I asked about E10. Shell were very polite in their response but I think the recent Australian ruling regarding Ethanol and the comments made by Shell’s Vice President, Andrew Smith, should give you a good idea of how Shell feels about government mandates:

“A mandate is a mandate, and the removal of ‘no-choice’ will have no impact on the choice available to motorists,” he said.

“The remaining 6 per cent mandate will have exactly the same impact on motorists as the unleaded fuel ban – because the only way for ethanol to reach 6 per cent of total sales will be to remove a choice between unleaded and E10.

“There are only two ways the 6 per cent mandate can be met – either motorists choose to buy E10 or they are not given a choice.

“Based on past experience we know that ethanol has been unpopular with motorists, so we will have to remove choice to avoid breaking the law.”

Shell is the world’s biggest distributor of biofuels – but believes that customers should be able to choose the fuel that is best for their vehicle and not have it imposed on them.

More than 9 billion people are expected to live on Earth by 2050, up from 7 billion today. Asia’s fast-growing cities will absorb much of this growth, with three in four people living in urban centers. Billions of people will rise out of energy poverty.

As living standards improve for many across the world and more people buy their first refrigerators, computers or cars, energy use will rise. Total global energy demand could rise by up to 80% by mid-century from its level in 2000.

Shell spoke at length about making fuel that is cleaner burning and the need for research and investment in biofuels and renewables. It was interesting to hear an oil company discuss more than just gasoline. In fact, they have been spending over $100 billion in new energy production and I was impressed with not only the dedication to create better fossil fuel options that burn cleaner and provide better performance but also to seek out new sources of energy for current and emerging markets.

In a changing business climate where social investment of profit dollars is expected, Shell has been engaged in multiple programs by supporting new businesses, road safety for emerging markets, boosting health care in communities, environment, disaster relief and respecting human rights. No company is perfect at all things but Shell has committed resources and profit to engaging their social investment with programs intended to give back and invest in locations.

Charity through money gifts is usually exploited and true location investment is a key to long-term, meaningful social strategies. Shell understands that. They understand the importance of relationships… like the one I’m going to bring you into next.

On July 15th, I leave for Maranello in Italy—the home of Ferrari! This is something of a pilgrimage for a life-long Ferrari fan and the goal is to learn about the long-term relationship Ferrari and Shell have enjoyed. I’ll share with you the impact on Formula One racing fuel and how Shell creates fuel and lubricants for one of the world’s most historic racing teams. Stay tuned! 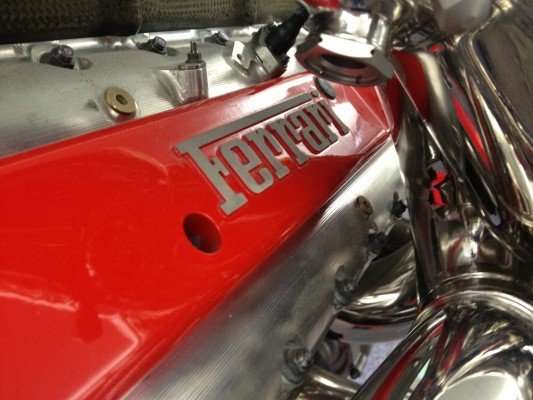