In a matter of days the Formula 1 series will head to Singapore which represents the only night race on the 2010 calendar. First held in 2008, the Singapore Grand Prix has been a resounding success with the 5.073km Marina Bay Circuit lit with 1500 light projectors to illuminate the track and facilitate the 20:00 race start time. The night race concept has seen two years of manageable weather and I would be remiss if I did not share my concern over the prospect of a wet, night race. The glare from a rain-beaded visor could be brutal for the drivers to negotiate. 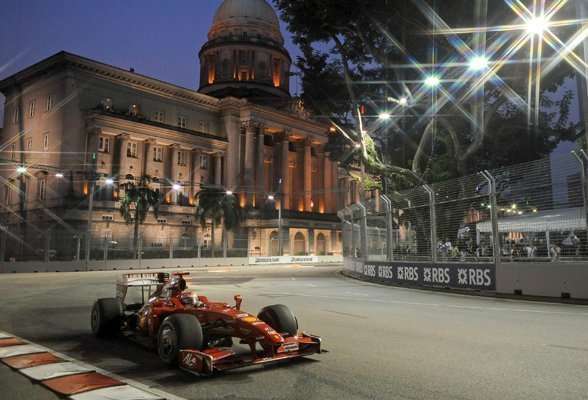 As the teams prepare to head east, there is a 5-way title fight that could become one of F1â€™s most spectacular finishes in years. One team missing from that title fight is the Mercedes GP team with the driving talents of Nico Rosberg and Michael Schumacher. Some have questioned whether the German marque should have ever purchased the Brawn GP team or entered F1 to begin with and this year has not done much to assuage that criticism.

Some rumors have personnel changes in the midst including Ross Brawn and Michael Schumacher. Other suggestions have Adrian Sutil replacing the 7-time champion Schumacher due to his lack-luster return to the sport. No matter what rumor you believe, the reality is the team is here to win and they have turned their gaze to 2011 in hopes of making a change. 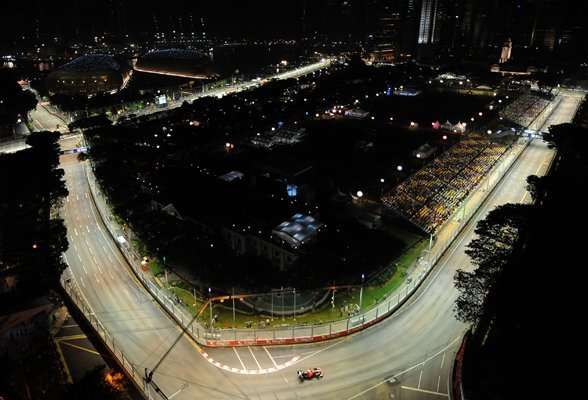 As they approach Singapore while navel-gazing at their 2011 efforts, the team seems excited about the prospect of finishing the year and the seasons only night race has a certain charm that appeals to everyone. Nico Rosberg has fond memories of a podium finish:

“Singapore is one of the highlights of the year and I really enjoyed the last two races. The atmosphere is fantastic and the concept of a night race works really well once you get into the routine of staying on European time. I had the best finish of my career so far at Singapore in 2008 when I finished second so the race has good memories for me. The track is good fun to drive and a real challenge. It feels like a proper street circuit, very narrow and enclosed, with a stop-start nature that never gives you the chance to relax. Weâ€™ve had decent results at the last two races so we will be hoping to continue our run of points finishes in Singapore next weekend”.

For Michael Schumacher, this circuit will be unfamiliar territory. He has never raced on the track and will find the night racing phenomenon new to him:

“I have always been fond of getting to know new circuits and Singapore will definitely be an exciting adventure. I have three reasons to look forward to the weekend; it is a new circuit for me, it is a city race and it will be my first night race. Driving a new track has never been too complicated for me and I am usually very quick to learn and find the rhythm. As a team, we would like to perform strongly and we will give our maximum to deliver as good a show as possible”.

Streets circuits seem to be gaining favor with the F1 boss Bernie Ecclestone. The costs are less than purpose-built circuits and the fascination of street racing is unique. Like Monaco, the oldest street race in F1 and crown jewel of the series, Singapore has a spectacle all its ownâ€”the night lights. In fact, some argue itâ€™s a better racing circuit than the French principality and I would have a hard time arguing with them.
All the glory and majesty of Singapore is brought to life over the race weekend and there is little doubt that the tight fight for the championship will add gravitas to the race. It should be a terrific spectacle.

If it should rain? The lighting system, developed by Valerio Maioli S.p.A.engineers, avoids glare by projecting the light beams at different angles rather than vertically. This is to prevent glare in wet weather conditions so my concerns may be mostly unfounded or perhaps it is I who needs glasses when driving at night int eh rain.

Let's hope we can avoid all the negativity but a…

Not my intention. the point of bringing up the past…