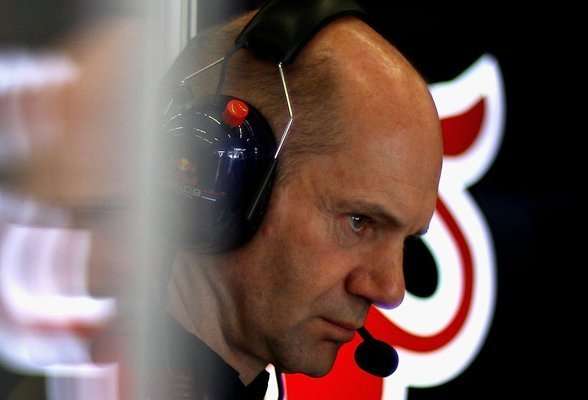 Who doesn’t like a little surprise once in a while? I DL’d the most recent BBC 5 Live podcast yesterday and managed to find time to listen. They really did a nice job of it with an interview of Mark Webber and there were some terrific questions and comments. Most notably, Mark was as genuine as you would imagine him to be and quite honestly he’s one of the guys on the grid that I think you’d most like to have a beer with and chat about F1. He’s always been gregarious and cordial and this interview was no different.

You might be wondering how Webber feels about the Vettel victory and his place in the team and to be honest, he seemed fine with it all. In fact, he suggested that car designer Adrian Newey should be up for knighthood such is his amazing talent and contribution to the British nation…or can I still say Empire?

I’m not British so I speak with zero authority on this but I have to assume men have been knighted for much less and if they were looking for a genius or engineering mind to knight, Newey would be a good candidate. As I say, I am not indigenous so my opinion counts for naught. F1 has a smattering of knighthoods amongst its ranks so this is not unprecedented by any means. Sir Adrian Newey has a nice ring to it but then again so does Sir Paddy Lowe or Sir Ross brawn. Come to think of it, there are a bunch of F1 folks I’m thinking might make for a good knight. Sir Rory Byrne, Sir Martin Whitmarsh, Sir Flavio Briatore…okay, just checking to see if you were still awake.

Anyway, good on Mark for keeping positive and still finding reasons to respect and appreciate his team bosses in a year that could be perceived as Vettel’s golden boy favoritism era.