With all the hype and hyperbole in the run-up to the 2010 season, I must admit that haven’t really given much attention to the new race on the calendar this year, The Korean International Circuit in in Yeongam County South Korea. It’s not because I don’t care. It’s probably because I am becoming a tad jaded with all the new circuits in F1.

I recall last year wondering why they chose to do this or that with the Yas Marina circuit in Abu Dhabi. Why the Turkish Grand Prix or Chinese Grand Prix left me feeling that the tracks were contributory to the lack of passing or lack of interest when compared to the legends of F1 like Spa Francorchamp, Monza or Silverstone.

I do want to give some credit to German circuit designer Herman Tilke as I don’t think the task of designing racing tracks is easy so let me not marginalize his challenge here. Yet again, this is a Tilke designed track and it seems that the German circuit architect is about as mandatory as a new team using Cosworth in 2010 it seems. Want to build a track and host an F1 race? You have to use Tilke…or so it seems.

The counterclockwise circuit will play host to the 17th round of a 19-race season this year and is located in the Yeongam County. It is 5.62 km in length, which is becoming an average length of today’s F1 circuit, and boasts the longest straight in Asia at 1.2 km in length. Another unique calling card for the Korean International Circuit is that they are building the race track first and then a city around it. What will they think of next? IF you guessed a hybrid circuit, you would be correct. The KIC is using a permanent section tied to a public road section that will create a hybrid track layout for the F1 race. 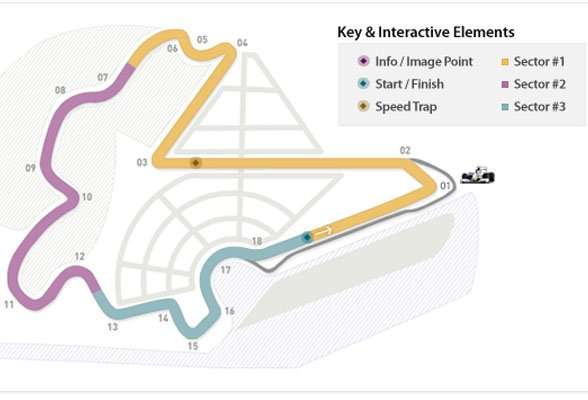 Seating up to 130,000, the circuit announced its ticket sales today in a ceremony in South Korea:

The race is expected to attract 200,000 local and foreign spectators, Park said, adding overseas visitors would see “a landmark for our tourism and auto industries”.

“I will endeavour to change the pattern of our tourism industry and boost our national brand as well,” he added.

The track is being completed now and it seems things are on course for a successful completion and race in October.

“We’ve done about 70 percent of work on the track, which is certain to satisfy both spectators and players,” construction manager Kang Man-Ho said in a speech telecast live from Yeongam county.

At $400 USD for a race weekend, the intent was to keep prices on the lower side to gain a repeat business over the 7 year contract with F1. Prices are certainly one issue but as China showed us, they could give tickets away and still not fill the stands. The race and circuit must be exciting and the local culture must embrace the open-wheel series. Making it to the F1 calendar is no small task but making it successful and remaining on that calendar is the gamble. Time will tell but as a Tilke track, I am already a bit jaded…I hope he proves me wrong for being so.