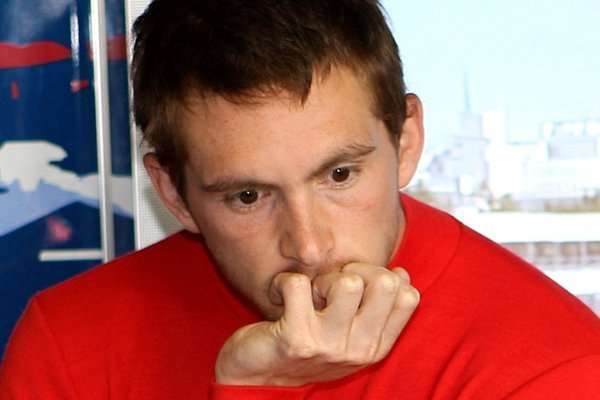 You may have heard that former Scuderia Toro Rosso driver Scott Speed is having a bad month….actually a bad last couple of years. His tenure at STR was short-lived and while he found a retreat in NASCAR for Red Bull’s operation there, he failed to make it out of the top thirty in his last two years running. That kind of performance is tough to handle for an organization who just won the world title in F1. Toiling around in the back is not something Red Bull endeavors to do.

Scott lost his ride in NASCAR the same week he also got word that his mother was suffering from cancer. So the last two-and-a-half years have not been good for Speed. The American driver was a product of the Red Bull search program and was elevated to the top echelon on motorsport in F1. Driving for Red Bull’s junior team, STR, the American was to be the new era of American presence in F1. As much as we Americans like to claim our disdain for team USF1 (I am not one of those mind you), I find Scott Speeds disappointing lack of pace more frustrating as I know there are drivers in the States who can compete. I found Speed’s lack of success not indicative of the American talent I have seen and his eventual sacking very disappointing.

It seems he is not aiming to go quietly on this issue as he is seeking six million in compensation for what he says is a breach of contract. While his main focus has been NASCAR, his pace has been equally disappointing in that series as well and it makes one wonder, how did this guy make it tot he top of the Red Bull young driver search program? I know many have told me that he was very fast in the young driver program but it is a stark reminder that it takes more than just pace to be a complete driver and perhaps Speed’s mentality or approach to racing is not as fast as his pace.

Either way, Speed is about to show the boys in NASCAR just how F1 get’s contracts negotiated and issues resolved…litigation! Yep, apparently NASCAR, while not foreigner to litigation, is going to learn first hand just how Europeans get things done around the house…they sue people. Now to be fair, Americans may have written the book on litigation and litigious BS but it certainly has taken root in the old world and perhaps Scott Speed has seen a few things in F1 that make him think this is the way to negotiate contracts. Then again, I’m not sure his future is looking too bright in NASCAR so an extra $6M would come in handy to keep his attractive wife, house and trappings wouldn’t it?

Not to be mean, I think he should have a serious talking to if they broke his contract but in the end, he has some serious family issues going on with his mother and fighting litigation is just something the young man doesn’t need right now. I wish the Speeds much success in the future and his mother a full recovery.