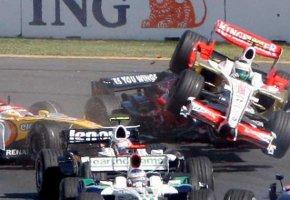 “We are absolutely delighted to be able to announce a technical partnership with McLaren Applied Technologies and Mercedes-Benz HighPerformanceEngines, and also our plan to expand the composite manufacturing capability and drawing office within our Silverstone facility,”

“McLaren and Mercedes-Benz are two of the most famous names in motorsport history having achieved superb success in Grand Prix racing over many years, and most recently, a superb victory in probably the most dramatic world championship Formula One has seen.

“Force India Formula One team has been in existence for only one year, and inevitably our first season has constituted a learning period, But we said at the outset that we meant business and were not interested in merely making up the numbers.

“The announcement of our new technical partnership, combined with the new developments and resources clearly underlines that we meant what we said. I would personally like to thank Bernie Ecclestone and FIA president Max Mosley, both of whom offered their assistance and support throughout the gestation of this deal.”

So Bernie and Max have endorsed the deal which by all respects appears to be a customer team situation which was hotly contested last year by Sir Frank Williams and the former Spyker team. It seems the die has been cast and now Vijay will start to reap the rewards of his loyalty by not clouding the back of the grid with his McLaren look-alike cars. Wonder how Sir Frank feels about all this? A good move to seek Max and Bernie endorsement because in order to make this fly for FI and teams like them, the leaders of the sport need to fully endorse it. Although I have not read any comments from Messrs. Ecclestone and Mosley related to this deal. Something tells me they will remain at arms length until they see that little flack is being registered up and down the pit lane.

It is also reported that McLaren have stated they will recommend drivers but respect FI’s decision on the matter. You can see the whole story here at Autosport.

“We’ll sit down and talk about every aspect of the programme, and that extends beyond the process development and the powertrain. We’ve got to work together on all those things.

“We will make proposals and recommendations that we think are enhancing the prospect of good performance. Vijay is an enormously successful entrepreneur in his own right in many fields, and if he turned all of those attentions to Formula One he would be an awesome competitor for all of us.

“The reality is that I suspect he has some staggering business commitments outside of Formula One and he would expect us, as a specialist professional in this field, to make all of the recommendations that are necessary to go forward.

“At the end of the day, we’ve got to be respectful that Force India are a team in their own right. They are a partner, but although there will be a range of strident suggestions and recommendations, this team have to decide. It’s in his hands.

“This isn’t a takeover by McLaren. This is an independent team that we happen to be partnering, and I hope that we can bring business benefit to this organisation.”

Some how I think the word recommendation may be a little misused. More like STRONG recommendation and who is going to go against the hand that feeds? In the end, I say good for FI. I think this type of arrangement is inevitable and will help the smaller teams stay afloat in a troubled economy and a future bound to be rocky in Formula 1.