I was reading the latest copy of Road & Track and the cover story baits you into the edition promising a list of the top 50 coolest cars in the last 50 years. I eagerly paged through the rag until I landed on a wonderful picture of Dan Gurney’s American Eagle. Fair enough, I love that car. Then things got a little weird.

I’m not sure how any “list” could miss the 1968 Lamborghini Miura is beyond me but they did—apparently the Lincoln Continental Convertible was a cooler car.

So it made me think, as there were a few Formula 1 cars on the list,  about a list of the coolest Formula 1 cars in the modern era. As you can imagine, that list would be very subjective and even the most odd chassis would be someone’s favorite.

Instead, I thought I would simply ask for you to tell us what you think was the coolest F1 car in the modern era. No need to list 50 of them, just the one car that you think is the coolest of them all. Sure, technical achievements, titles won, speed, or simply looks all play a factor but you tell us why you chose it. I’ll start:

Coolest car of the modern Formula 1 era is… 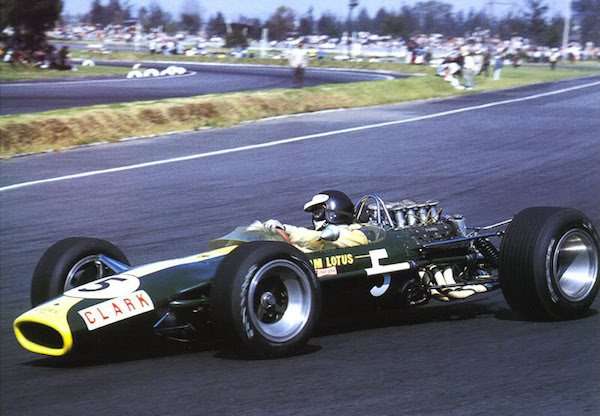 For me, this car exemplifies the very DNA of F1. Technology in the aluminum design monocoque and departure from the space frame happened earlier in the decade but this was an all-new evolution and an incredible design. The engine was part of the stress-bearing structure and that engine was the pinnacle of push in the Ford DFV.

It won two world titles and was stunning in the hands of Jimmy Clark, Jochen Rindt and Graham Hill. There’s no wonder I like the American Eagle Weslake as they are similar but the Lotus 49 was the one I loved the most.

Perhaps the fact that the man who won the world title the year I was born drove it adds some bias to my decision but I believe that two of, arguably, the greatest drivers in F1 drove the 49 in Messrs. Clark and Rindt.

Now, having said that, please know that I have loved many F1 cars over the years. The Lotus 72 is another of my all-time favorites along with the Eagle and the Tyrrell 6-wheel as well as the Ferrari 2004 and the 2006 BMW, the Ferrari Shark Nose, the Jordan 7 Up car and the Prost AP02, a slew of McLaren MP’s and Ferraris and…oh hell, you get the point. It’s really tough to narrow it down. There’s even some Matras and other privateer cars such as Williams and others that I love. Don’t get me started on Sports cars either!

After all of that, the Lotus 49 was the first one to make a huge impression on me as a young boy and there it remains. Seared into my memory as the first incredible car. What’s yours?