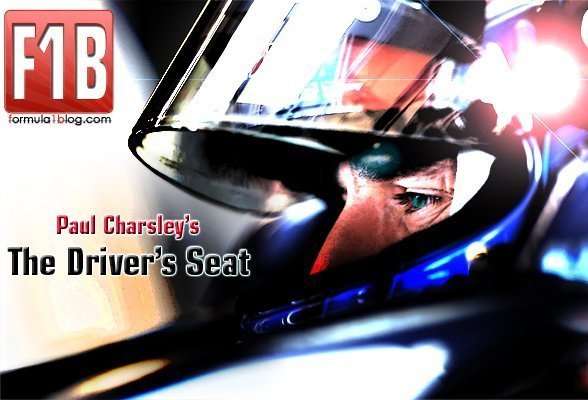 Jeff Westphal is a Formula Ford 2000 champion and Grand Am racer and a true student of the sport. When not off racing, he is an excellent instructor at the School. Very analytical in his approach, he is often hired by teams to drive and engineer their cars to greater success. Not as old and jaded as I, Jeff is just starting out on his racing career but Nico has been heard saying Jeff is one of the only guys who is good at left foot braking so the perfect person to argue the point.

Here is the Left-foot braking rebuttal by Jeff:

We can start by looking at the fact that well over 50% of racing drivers started their career in some form of gokart. The seating position in a gokart is such that the driver can’t move his/her legs around the gas tank that they are straddling to use anything but the right foot on the gas, and left foot on the brake. So off the bat the “left foot braking” sensitivity isn’t as foreign as most right foot braking advocates will claim, and it CAN be learned.

Let us dissect a braking zone where a driver must downshift prior to trail braking in both right foot and left foot braking form, right first. Assume we are travelling at the top of 6th gear, flat chat, headed into a slow 3rd gear right-hander. We know we must go down 3 gears in the transmission before we turn the car into the corner, but after we’ve begun braking as to not over rev the motor. So here we go, BANG…. We’re on the brakes, now it’s time to down shift. Assuming you placed your trunk of a foot in the right spot on the pedal to allow the upcoming actions, hold the same pressure on the brake with the right foot or release some (as adding pressure after the first hit will induce lockup), left foot in on the clutch, rotate the right foot and use the heel (or pinky toe nowadays with smaller pedal boxes) to press the gas enough to add rev’s while maintaining brake efficiency, select 5th gear, release clutch with the left foot…. and do that process 2 more times while still braking before we start to add steering and release the brake to complete the entrance of the corner.

Looking at the sequence of events that must occur in the above braking zone, you can see how right foot braking and downshifting may become a problem or time consuming when driving a car that decelerates very quickly as it takes a while to coordinate the feet to downshift more than 2 gears, leaving lots of room for error. And that’s before factoring the need to release brake pressure for aerodynamic reasons or dealing with a lockup and needing to release some pressure immediately!

Now, lets try that braking zone with left foot braking. 6th gear, flat chat, headed into the same 3rd gear right-hander with 3 downshifts to be done before we release the brake and add steering. Here we go, BANG… on the brakes, time to down shift. Hold the same brake pressure with the left foot perfectly placed on the pedal every time, right foot quickly taps the gas pedal enough to free up the gear box load, select 5th gear, repeat 2 more times.

Not only is left foot braking less complicated, but it’s faster. You have the same braking threshold because that is limited by grip of the vehicle, but you can make 2 downshifts in the time it will take a right foot braking old timer to make 1, useful for cars that decelerate quickly with short braking distances. F1 anybody?

In that same given brake zone we considered earlier, the left foot braking driver has more control over the brake release throughout the braking zone because of no brake pedal pressure fluctuations on blips or downshifts. I have studied many driver’s data, both right foot and left foot brakers. There is not one right foot-er I’ve seen yet that has a “smooth” brake digression in a braking zone with down shifts. If there is one that claims they do, I call BS, or they don’t have to blip. Humans aren’t robots, there is always some fluctuation in pressure by the right footers equaling longer stopping distance.

Furthermore, in corners that are long, bumpy or have big curbs used, a common symptom is pad knock back. This is when the oscillation of the brake rotor over a long corner or bumps actually pushes the brake pad back into the brake caliper slightly, causing the driver to feel a long brake pedal that does nothing until it is released and tried again or “pumped once”. This is commonly not realized until the upcoming braking zone. If you right foot brake, you must come off the gas to tap the brakes and make them usable again. Unless said right foot braking driver uses their……LEFT foot to tap the brake and bring the pads back to the surface of the rotor before the braking zone. That’s three advantages for us left foot brakers!

Some Pitfalls or common problem areas of Left foot braking;

The technique is not for the insensitive, like braking with the right foot, left foot braking can be butchered as well. In order to make the left foot technique happen smoothly, the throttle blip needs to be sized and timed perfectly, other wise the transmission will still have load on the gears in the either the acceleration or deceleration direction which causes gearbox damage. Think of it like accelerating down a flat road lightly, then lifting off the gas. There is a brief moment of pause in the vehicle’s pitch (more importantly the transmission) before the car takes a nose heavy stance and slowly decelerates. That “pause” is a left foot braking drivers cue to make the downshift. When the blip is done right, the transmission will accept the downshift in the braking zone just as it does for the ancient right foot braking driver. This is the one spot where right foot-ers might have an edge on us in that they can make errors and not pay as big of a price in the vehicle balance and transmission longevity.

Another problem area can be Gas and brake at the same time. Hey!!!!! Accelerating and braking are opposing forces, if your braking with your left foot, don’t try and accelerate constantly with the right at the same time. Go take a dance lesson and coordinate those feet. This one is simple, if you’re doing this and can’t feel it, you probably shouldn’t be driving a racecar!

Improper Load transfer can also associate itself with us left footers or what I call, “happy feet”. I say can because if you do it right, there is no issue. Remember guys and gals, just because you can down shift faster and brake more efficiently, doesn’t mean you can get on the gas earlier in a given corner. I see most left foot-ers with poor craft fall into this category. They often will revert from braking immediately to accelerating, not letting their steering effort be the guideline for accelerating out of a corner. Some form of pause with the feet where the car is coasting isn’t a bad thing, it can actually be a good thing as you MUST be unwinding your hands before you accelerate. Patience is a virtue!

In the End, most drivers try left foot braking a racecar and are discouraged by the lack of sensitivity built up in their left foot and inability to make it happen smoothly. Coming from experience, it can take as little as one practice session to adapt, or as long as a whole season. Humans are creatures of habit, so one must “retrain” or teach the muscles in the lower half to master the skill-full timing of left foot braking. Some do it with a kart, others learn in cars. In any case, when done well, all the pitfalls can be avoided, leaving you with only pro’s when compared to right foot braking. Maybe this is why everyone in the F1 paddock is using their left foot to brake except Rubens….. I think if Hamilton, Vettel, Alonso, Kubica and Button are doing it, there is probably a good reason, don’t you?

Disclaimer!
Most common road cars have synchro’s in the transmission. Without getting overly technical, that’s the thing that makes a transmission “street able”, and by street able I mean you should use the clutch on you road car, which means not your left foot to brake. Remember, we are talking about racecars here! Ones that have straight cut gear boxes.