As time goes by I find myself more and more perplexed by USF1. I have stated clearly and definitively that F1B is excited about USF1 and wants them to succeed but the PR gaffs and odd moves behind the scenes have me scratching my head. We attempted to get a closer look and some insight to the operation last week when Victoria was slated to visit the USF1 offices but unfortunately they had to cancel just prior to the interview/visit. Itâ€™s unfortunate as I know Victoria would have done an equitable and insightful job. 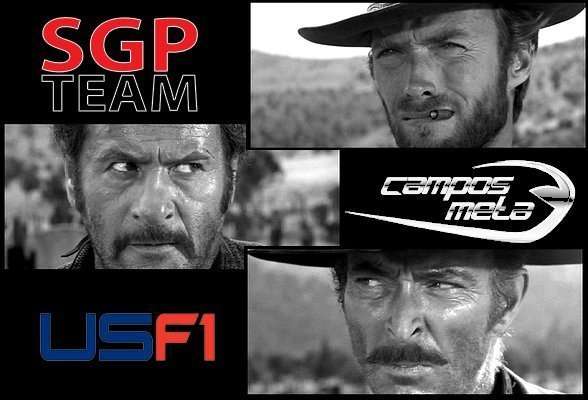 So here we are, close to a month from the first race and several tests ahead of us before the green lights go on in Bahrain. USF1 has been in the press again lately and not under the most glowing of positions. AUTOSPORT, perhaps being benevolent, buried this quote in a story about new teams. I appreciate that about Mr. Noble as I felt it should have been on the masthead but he certainly knows better than I.

“We’re still in exactly the same mode – flat out,” he explained. “Bahrain is the goal – and we are not thinking of anything else. It is just amazing to see the hours and time that everyone is putting in.

“We had a slight bump in the road with a sponsor who was late on payment, but that is typical of what can happen to any new team. We’ve moved on from that and found a replacement.”

Windsor said the team would run its car once it had passed all its mandatory crash tests – which should happen soon.

“The car is quite late because we put a massive amount of development time into it,” he explained. “We are taking our time and as a team we are confident we are on the right track.

“As soon as we are through the crash tests, we will be doing a shakedown and going to Bahrain.”

He added: “We will be in Bahrain. We may not be pretty, but we will be there. And from there we will grow. This is all about belief, passion and people being committed to a very good cause.”

So we have a sponsor loss at USF1â€”letâ€™s hope it isnâ€™t Mr. Hurleyâ€”and the car will not be prettyâ€¦if itâ€™s at Bahrain. Rumor has it that some teams are asking the FIA if they can skip the first three races altogether and commercial rights boss Bernie Ecclestone is suggesting that he has lost faith in USF1 or Campos Meta even making it to the grid as he courts Stefan GP and talks up the return of Ralf Schumacher. How bizarre can we possibly get with this?

Ultimately the new teams idea is floundering. Former FIA president Max Mosley may have had a good idea in luring new teams in to the sport but the concept is starting to feel as if his vetting process picked two financial viable teams out of four. Thatâ€™s a weak 50% strike rate for the very vehicle that was going to save F1 from the manufacturer mass exodus. I have heard suggestions that the new teams were only in the series because they were expecting a budget cap which was defeated by the formula One Teams Association (FOTA). The anguish they now face is due to the lack of a budget or so the rumor goes.

I donâ€™t buy that for a minute. If Peter Windsor and Ken Anderson got in to the sport because they thought a $60mm budget was going to be in place, then they should be working within that budget irrespective of what the other teams are doing. If they are now trying to spend more than what they were expecting, then that is their fault. I am wondering just how they thought they could field a team and have two bases of operations with employees and fabrication costs for $60mm.

I donâ€™tâ€™ believe the lack of a budget cap is the cause of Campos Meta and USF1â€™s problems. I think it has always been there in the form of a lack of or sketchy sponsor and financial backing from the beginning. So much so that I smell an Ecclestone at work in the possible scuttling of one or both of the teams.

Campos is rumored to be short of cash and as they were purchasing their chassis from Dallara, this was an issue. It seems a dark horse has been propped up with the leftover inventory and gray matter assistance of Toyota F1â€™s operation. This team, Stefan GP, is owned by Serbian businessman Zoran Stefanovic. They have been running a complete mirrored operation as the current F1 teams although they have no place on the grid.

It was suggested this week that Stefan GP had purchased the rights to the Dallara chassis even thought they have their own (the 2010 Toyota chassis). The intent was to prevent Campos Meta from acquiring a chassis even if they did come up with the cash. This move seems incredibly shrewd for a fledgling F1 team owner who is just now getting his feet wet. This, if I am honest, smells of Bernie Ecclestoneâ€™s work. Ecclestone was quick to praise Stefan GP and denigrate USF1 and Campos Meta this week. You do the math.

Returning to USF1, there is an interview by Andrew Bensonâ€”who always does a terrific jobâ€”about Peter Windsor and his view of their situation going forward. It is a few days old so the shelf life is pressing rotten fish levels but letâ€™s go back and revisit it as we juxtapose it with Mr. Nobleâ€™s interview of Windsor.

“He has got the nation behind him,” US F1 sporting director Peter Windsor told me from Buenos Aires on Wednesday. “This has all come through the president’s office. The government decided to get behind him and take him into F1, and when they did that a lot of other companies looked at it and decided to do the same. It’s snowballed since then.”

“A lot of people will say, ‘Oh, it’s a driver with money.’ But that sidesteps the issues of how much time it takes to raise that money – and it’s still government money they are spending. I’m very proud of that.

“My feeling is that the thinking is: ‘Let’s take a driver into F1; it’ll be good for the country’s morale.’
“They want to win in big sports – that’s very important, just as it is in Australia. Here, it doesn’t take much to trigger a spark of enthusiasm. Who’s to say that the fact they are in economic recovery isn’t even more reason to get behind a driver? It’s a very optimistic attitude – very different from Europe where it tends to be all doom and gloom.”

“The thinking was always, it’s beyond car companies and the future will probably be an international element,” he says. “And it’s possible if we weren’t called US F1, we wouldn’t be here.”
It looks incongruous, then, that there will not be an American driver in the team, but Windsor says the explanation for that is simple.

“No American driver has [the necessary F1] super licence,” he says, “apart from maybe [GP3 driver] Alexander Rossi – but that was very recent.

“We had to draw a line. [Indycar front-runners] Graham Rahal and Marco Andretti haven’t got one. They may have been given one, but we couldn’t take the risk of finding in the third week of February that they’d been turned down.

“We want to be in F1 for a long time. We’ll build a stable platform and then do it (get an American driver) – we’ve got plenty of time.”

“We’re going to be doing quite a lot to promote American drivers this year, which we’ll announce quite soon. But even though we’re US F1, we don’t have to have American drivers. We’re in a global market place – there are also people who want to promote their company in the US. F1 is very international, but laying claim to a country is quite cool.”

Scratching your head yet? If not, then perhaps you can help us put this all into perspective. Regardless, USF1 continues cutting its own skin in a world where PR is not such a moving target or mystery. I am bereft of the logic that USF1 must be deploying in their outreach and public branding and positioning statements. A t this point a strategy statement might come in handy but to be honest, I think they need a complete Business Motivation Model.
I wish them well but I am getting more worried by the day. Letâ€™s hope they do show up in Bahrain and can build on that large achievement. The new teams were rumord to be a way to save F1 and debase the FOTA stronghold on F1. In the end, it very well may be the big teams bailing out the little ones just to keep them in the series for 2010. Where is Super Aguri when we need them?