The rise of sports car racing in North America

Both the SCCA Pro Racing’s Pirelli World Challenge and Trans Am series have seen record entries for their 2015 season openers after experiencing a couple of years of continued growth. The TUDOR United Sports Car Challenge has also seen a growth in the number of entries, and participation in grassroots sports car racing has surged. All of this comes during a time when IndyCar, NASCAR, and Formula 1 are struggling for viewers.

Trends swing back and forth like a pendulum, and motorsport is not different. Sports car racing enjoyed a time in the public light back when Mark Donahue and AJ Foyt were doing battle in the SCCA Trans-Am series, and the insane 1000+ hp monsters of Can-Am Challenge Cup thundered around race courses across the United States. During the 1980s, though, the popularity of open-wheel racing rose dramatically. Both Indy car racing and Formula 1 were enjoying surges in both their television ratings and ticket sales. As open-wheel racing rose, sports car racing declined. CanAm eventually folded, and the Trans-Am series dwindled. Then the Split happened.

In 1996, the infamous Split between Championship Auto Racing Teams (CART) and the Indianapolis Motor Speedway’s CEO, Tony George, divided the North American open-wheel marketplace, driving many fans away from the sport. Many of those fans who remained were bitter and resentful of either CART, the new Indy Racing League (IRL), or more frequently both. The demise of open-wheel racing in the US did not diminish the thirst for motor car racing, and NASCAR quickly became the dominant top-tier racing series in the country. This should have been a golden opportunity for Formula 1 to step in and dominate the open-wheel market in America, but with the failure of US-based events like the USGP in Phoenix and Indianapolis, the sport never gained the following in North America that it enjoys in Europe.

In recent years, even NASCAR’s TV numbers and track attendance have been in decline. There’s been rumors and speculation that today’s youth just simply aren’t into cars and motor racing like we were and that motorsport is a dying product. There’s abundant evidence to the contrary! A recent article at MotorsportReg.com shows double-digit growth in registration for grassroots motorsport events. There is obviously still strong interest in motor car racing in the US, but where are the fans? What are they watching? Where are they racing? 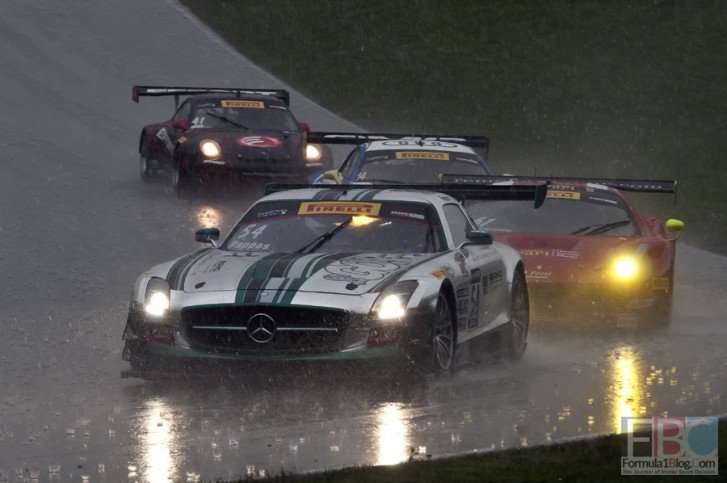 The data are showing that people are becoming increasingly interested in sports car racing, and not just as spectators. The evolved Grand Am and ALMS series, the TUDOR United Sports Car Championship, featured 53 entries for its premier event, the Rolex 24 at Daytona featuring twelve different makes participating in both the prototype and GT classes. The SCCA Pro Racing Trans Am series and Pirelli World Challenge are seeing record levels of entries and manufacturer participation. The Trans Am season opener at Sebring drew 108 entries fielding multiple models from five different manufacturers. The Pirelli season opener at COTA drew an astounding 117 entries with multiple models from no less than 23 manufacturers. Yes, that’s right, TWENTY-THREE different makes of cars participate in the Pirelli World Challenge from McLaren to Kia, Bentley to FIAT. This huge level and diversity of participation is happening at a time when open-wheel racing is struggling for the manufacturer interest they used to enjoy. There are currently four engine manufacturers in Formula 1, and only two in IndyCar.

Are we on the cusp of a new golden age of sports car racing? From a participation standpoint, it certainly seems so. However, racing is expensive, and in order to maintain a presence on the grid, teams need to show sponsors a positive return on their motorsports investment. At-the-track hospitality and access to drivers only goes so far, and ultimately the sponsors are going to want to see TV viewership to justify their marketing spend. This is the primary area where sports car racing needs to improve. The Rolex 24 only drew a 0.4 for the Sunday coverage on FOX. The coverage on FOX Sports 1 and FOX Sports 2 suffered even more earning a meager 0.2. These ratings are down 34% from last year’s viewership. Even the IndyCar Series, which has been struggling for ratings, earned a 3.8 last year for its premier race, the Indianapolis 500 Mile Race.

One thing is certain, the manufacturer interest and participation levels for sports car racing is on the rise. The big question is will this interest and diversity of competitors lead to people in the stands and viewers tuning into race broadcasts? In the US, both the Trans Am and Pirelli World Challenge are on CBS Sports Network, although neither will enjoy live race coverage. Race broadcasts will typically be delayed by a couple of weeks. The TUSCC races will be shown live on the FOX family of channels. We will keep an eye on how these broadcast products perform over the season. If you get a chance, be sure to go check out one of these races. I’ve been saying for years that the Pirelli World Challenge is the best sports car racing in North America. Go to a race and see for yourself, and check out the races you can’t attend in person on TV. You won’t be disappointed.