Formula 1 released it’s 2016 calendar and as has become the norm, it placed an asterisk beside one of the races. In the past this has meant that it is provisional that the series will race at this particular circuit due to extenuating circumstances. Korea, China, Turkey, Germany have all felt the Shift-8 sting of an asterisk and all have fallen into the voracious abyss of F1 history.

Perhaps that’s why this year’s Shift-8 grand prix is so painful as an American because it happens to be placed, like the albatross, around the neck of the Circuit of the America’s US Grand Prix. It’s stings. It hurts. It’s painful to watch but is it avoidable?

According to circuit boss Bobby Epstein, there is interest from outside parties to help with the race and perhaps getting strong corporate investment is a good place to start but just how much presence an independent corporate deal would get when F1 holds most of the track-side commercial sponsorship contracts is yet to be seen. If Epstein could get a large corporate sponsor, he can’t sell the grand prix naming rights so what can he offer? I suspect he has a few ideas.

There is a side of F1 boss Bernie Ecclestone that few discuss and that’s the compassion he has for a situation. Lotus F1 had no money, its cars impounded and its employees without catering. Ecclestone helped. He’s helped with other circuits who struggled to fund the sanctioning fee by reducing the fee or arranging for alternate locations on a bi-yearly basis such as in Germany allowing both Hockenheim and Nurburgring to maintain a German Grand Prix. He’s helped Spa Francorchamps with their expenses in the past as well after a year off the calendar wrought serious angst from fans.

The key to his help is how it impacts F1. Does losing the majestic Spa Francorchamps hurt F1? The simple answer is yes. Does the lack of a German Grand Prix hurt F1? It was presumed to and avoided initially but has reached a point where it is beyond the sustained help of F1 and finds a somewhat flippant customer in both Hockenheim and Nurburgring ownership who aren’t absolute in their commitment to even host an F1 race.

The big question for 2016 will be: Does losing the USGP hurt F1? That’s a very difficult question as our race has come and gone and F1 survived without it. It’s a race all the teams and F1 pundits would like to have so they can be exposed to one of the largest consumer markets in the world but it doesn’t have the magnetic pull that Mexico had or Singapore does. There’s a marketing case study in that very issue for sure.

“Formula One has been a phenomenal business partner, and they’ve helped us a couple times … but you’ve got a large investment fund (CVC Capital Partners) behind it that’s trying to get the most money it can. They want to maximize earnings and helping the guys in Austin might not be high on their list.”

He’s right in that CVC are all about maximizing their return and they are also not so obtuse as to miss the bigger picture of being in America. They will weigh and measure the balance but in the end, it is F1 boss Bernie Ecclestone who will orchestrate a solution. Ecclestone said:

“It will be (on), for sure, they will sort their finances out,”

That’s a positive sign if he’s confident the finances will work out and perhaps he means he will work with the circuit to allow for the finances to work out.

For Epstein, it has to have been a nerve-racking and surely he’s seen the success of Mexico and former partner Tavo Hellmund’s involvement in that operation. Surely he’s had a large dose of knee-buckling F1 adventure. It’s enough to put any track owner in the backseat of Mr. Toad’s Wild Ride with no option for seizing the wheel and charting their own course.

In the end, COTA will either succeed or fail on its own merit and F1’s involvement there is a major part of the track’s appeal but it isn’t the only solution to its viability. The track economics have to work and this means finding ways to utilize the circuit 300 days a year. 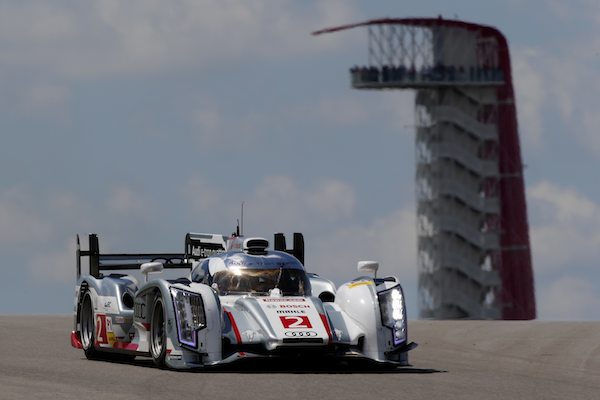 The most common refrain I hear from outsiders interested in using the circuit for track days, manufacturer testing and performance driving events is that they are asking way too much money for the opportunity. Why doesn’t BMW, Cadillac, Audi, Mercedes, Jaguar have a COTA-based operation for performance driving given the year-round decent weather and dynamic track? COTA is asking too much and that may be a real missed opportunity according to the folks I’ve spoken to.

I’ve met Bobby and he is a delightfully nice guy in the context of our interactions. I know if I were running the circuit, it would have a completely different character and approach to the motoring world and it would be a completely baked-in approach with motorsport, racing, entertainment, social media, news, content etc. I would make it a destination for American motoring period. Not just a track that needs an F1 race to stay alive. I suspect Bobby is seeing that as well, he’s a sharp guy and maybe the Major Event Trust Fund ordeal is the prime mover for making changes and getting the asterisk off the calendar.

I know that picture of a car with the tower in the background is used often, but dang does the Audi LMP1 car look good at that angle.

Good article. I think Bernie saying it will be on is pretty telling that they will make it work. This market is a developing one for F1 and with NBC saying ratings were the highest they have been in 20 years for F1, the numbers are there. Weather hurt this year’s race, but I think if the weather was more fair this year would have competed with Mexico.

Does loosing the USGP hurt F1? Yes and no… No in that F1 will continue even if the USGP goes away – again… As Bernie likes to remind everyone – F1 is global and has a global fan base. Even though the USGP is the largest single day sporting event in the US based on attendance, the global fan base can sustain the loss of the event and degradation in the US fan base. Yes in that I think every time F1 looses a race due to money issues it hurts the sport’s reputation and raises questions about how the… Read more »

If we lose COTA I don’t want to hear F1 complain about how we need F1 in America.

I think it’s great that there are corporate entities interested in helping make up the difference and insure the USGP is funded. However, I see a potential problem. As it is, there are sponsors for some of the grandstands (HEB, a regional grocery chain is one) and there are these huge banners. For most events, the banners are normal, proudly displaying the corporate partners’ logo. During the USGP, however, those sponsor banners had the company logo blocked out. I speculate that’s because they are not affiliated with Bernie’s circus… Specifically, Bernie didn’t get a cut of whatever it costs to… Read more »

As MichaelB touched on below, the problem is inherent with the fee structure of the sport. Teams are going broke every year, we are seeing a recurring theme of cities not having the required money to host races, and Bernie stepping in sometimes to assist. One angle that I’ve heard nobody mention is the fact that if Bernie has the money to either contribute or compensate teams and cities, shouldn’t it be reflective, to an extent, that he doesn’t need the fee that high in the first place? I agree that F1 comes at a premium and lowering the costs… Read more »

Under normal circumstances, Austin is in the middle of a humid subtropical area, although one would also think that it was in the middle of a semi-arid area. Annual rainfall is approximately 36 inches. For the most part, the track will bake. Our temperature extremes go from a record high of 112 F (twice) to a record low of -4 F. The normal range is from 27 F to 105 F. One of the smart things they did was to dig the substrate trench 10 feet down instead of the usual 5 feet. That’s because the area where it sits… Read more »

One of the unique attributes I used to tell people was the depth of the Tarmac and supporting foundation. For some reason, it slipped my mind in the response as a mechanism for longevity and integrity.

Austin seems pretty far inland with no mountains to receive that much precipitation. Very interesting.