Then and Now – Formula 1 Entry Sizes

With both Caterham and Marussia being given permission to miss the races in Austin and Interlagos, the size of the F1 grid has dropped from 22 to 18 cars. This has caused some commentators to predict the end of Formula 1 as we know it. While this situation is serious, and indicative of the excessive cost of competing in the series and 18 car grid is not unknown in the sport’s history.

Pre-war things were on occasion really bad, only three cars started the 1926 French Grand Prix (all Bugatti Type 35A) none of the others entered were ready.   One of these failed after 45 of the 100 laps of the Miramas circuit, the other two were running at the finish, but the second placed car had only completed 85 laps and was unclassified. 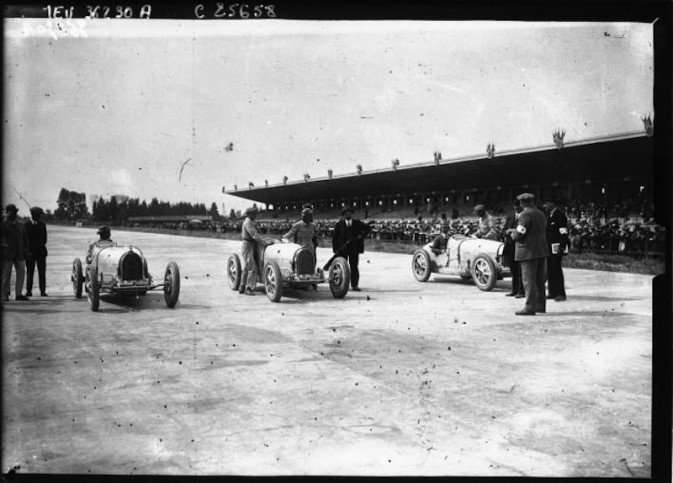 Post-war, the entry sizes were variable, depending on the prize money offered by the promoter, and whether there was a ‘metalworkers strike’ in Italy (which always prevented Ferrari turning up with a full complement of cars). Through the first decade of the F1 driver’s championship the lowest entry was for the 1958 Argentinian Grand Prix with only 10 drivers entered. It wasn’t as if 1958 was a particularly poor year for entries, the next race at Monaco had 31 drivers trying to qualify for the 16 places on the grid. The highest in the decade was the 1952 Italian race with 35 drivers attempting to qualify (only 24 being allowed to start), but again the preceding French Grand Prix had only 18 entrants. Until 1960 of course Indianapolis was included within the world championship, and that always had 33 starters. This helped to ensure that for each year in the 1950s the average entry was over 20 (ranging from 20 in 1957 up to over 26 in 1952).

In the 1960s the entry levels remained variable, but with the guaranteed 33 of Indianapolis gone after 1960, the averages fell, and in 1966 and 1967 the average entry was only 18 drivers. The 1969 French Grand Prix was the smallest entry of the decade though, with only 13 turning up.   Two other races that year only had 14 entrants, although the Canadian Grand Prix managed to attract the highest number for the year with 20 drivers. However the average entry for the entire 1969 season was only just over 16 drivers. The 1961 Italian Grand Prix had the highest number of drivers with 33 trying to qualify, and 32 of those were allowed to start. Even in 1961 though the Netherlands Grand Prix only attracted 15 entrants. Through the decade the entries had steadily fallen from over 24 in 1961 to just over 16 in 1969.

The 1970s saw the emergence of the ‘kit car’ F1 era. With a Cosworth Engine and Hewland gearbox and small constructor could build a chassis and enter F1. As a result the entry sizes grew again, from average entries of 22 in 1970 to over 29 in 1978. Through the whole of the decade only two races attracted fewer than 20 entries: the 1970 Belgian Grand Prix (17) and the 1973 Argentinian Grand Prix (19). The highest entry for the decade was shared between the 1974 and 1977 British Grands Prix which each had 34 drivers attempting to qualify (25 qualified in ’74 and 26 in ’77).

The 1980’s saw the rise and fall of the first turbo era, and despite the expense of these engines compared to their normally aspirated predecessors, and the increasing complexity of the chassis the entry size remained high. This was largely down to the efforts of Bernie Ecclestone who had taken control of negotiation with the race promoters to raise the fees paid to the teams, in return Ecclestone required that they commit to entering every race. By this time the starting grid for F1 races was becoming standardised. From 1979 all races had a maximum of 24 starters (except Monaco which limited itself to 20. In 1982 the standard grid size was raised to 26 starters again except for Monaco, which would take until 1988 before it would fall into line. Despite this limitation on the number of starters, the entries were routinely higher than the 24 or 26 that would be allowed to race. Average entries for each year were above 25 for the entire decade, and as high as 38.75 during 1989. The lowest entry was due to the FISA/FOCA war with only 14 cars entered for the 1982 San Marino Grand Prix. This ‘war’ was between the governing body – FISA which the manufacturers (Ferrari, Renault and Alfa Romeo ) supported, and the Formula One Constructors Association (headed by Bernie Ecclestone and Max Mosley). Most of the FOCA teams didn’t enter the San Marino race that year (Tyrell, ATS, Osella and Toleman broke the boycott), leaving only 14 drivers to start. The race is most remembered for the ‘battle’ between the two Ferrari drivers (Villeneuve and Pironi) who were comfortably leading after the two Renaults failed. Ferrari ordered their two drivers to slow down to protect their cars, Villeneuve obeyed, and Pironi overtook him. Villeneuve re-passed his team mate and once again slowed down, only to be overtaken again by Pironi on the final lap. Villeneuve never forgave Pironi for his actions, and he was killed in qualifying for the following race. The only other notable low entry during the decade was the 1985 South African Grand Prix which was boycotted by the French teams (Ligier and Renault) over apartheid, as a result only 20 drivers entered for the race.

From 1988 until 1992 pre-qualifying was common. Although 26 cars were allowed to race, the organisers allowed up to 30 cars on the circuit during qualifying. With up to 39 car entered during this period, the slowest cars had to be eliminated during an hour long pre-qualifying session on the Friday morning (from 7am to 8am). The cars who were below 20th position in the preceding six months of the championship all took to the track, and only the fastest ten were allowed to continue for the rest of the race weekend.   With the pre-qualifying session never televised, and running before most of the fans had even turned up at the circuit, the exposure any sponsors of these teams had was minimal. Eventually the numbers of teams entering Formula 1 dropped, so that by late of 1992 following the demise of Brabham there was no longer any need for pre-qualifying. In fact by the end of the season there were only 26 cars entered for the races, so everyone could start.   Late the following season, Ligier dropped out, so the grid fell to 24 cars. The entry recovered in 1994 to 28 cars, with only Monaco having a less than full grid (due to Williams only running one car following Senna’s death, and Sauber withdrawing following Wendlinger’s practice accident). 1995 though saw the grid start to reduce, with teams unable to continue, starting with 26 cars, the field had dropped to 23 by the end of the season (Simtek only lasted until Monaco, and incidents for Suzuki at Suzuka and Häkkinen in Australia reduced the field for the final two races. By the end of the decade the grid was reduced to a stable 22 cars. But now without the pressure of having to qualify, a new rule was introduced to ensure that all the cars would be fast enough to compete. In 19996 cars had to be lap within 107% of the pole time in order to qualify for the race.

In the first decade of this century the F1 grid has been either 10 or 11 teams (20 or 22 cars), and only during BAR’s ban for fuel tank irregularities (Monaco and Spain 2005) has there been only 18 qualifiers. With the three ‘new’ teams joining in 2010, the field grew to 24 cars, although it dropped again to 22 following the demise of HRT at the end of 2012. Now with Caterham and Marussia missing at least the next two races, there will be a maximum of 18 starters.

However it is not all bad, if the 107% qualify rule had been used in 1987 the number of starters in each race would have been as follows:

Now as even Caterham and Marussia have qualified well within the 107% rule, and we are going to be left with the Sauber and Lotus car being the slowest in the field. These cars have typically qualified within 103% of the time of the Mercedes, so the field of 18 cars in Austin will be far closer than the cars were in the past. As a result the racing should be closer than in the past, and as we have seen already this year in Bahrain, you only need two cars to make an exciting race.