Home F1 News This is worth it, just to see Alonso and Massa in suits
Facebook
Twitter
WhatsApp 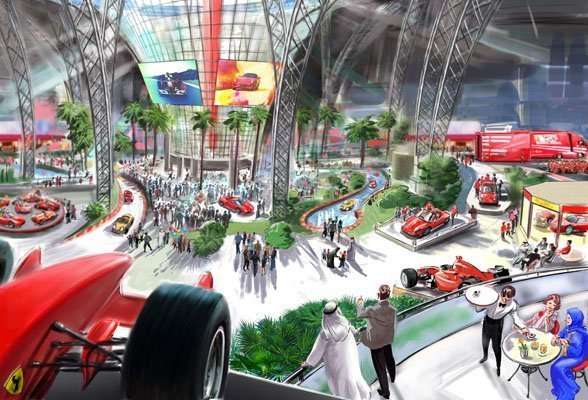 Although the doors were open already, Ferrari World in Abu Dhabi on Tuesday finally had its official opening.

The story at the Ferrari site is worth going to if only for the photo of Fernando Alonso and Felipe Massa in suits. If that doesn’t feel like “daddy” Luca D made his two boys dress up, I can’t imagine what would. (And, actually, a close up photo is here, at least right now. It will change at some point.)

Honestly, I’m not sure which one of them will win the next Michael Schumacher Fashion Award. Can we have co-winners? Or, right as Grace decides, will she hear a voice in her headset tell her: “Fernando is more Michael than Felipe. Do you understand?”

Anyway, here’s a little on the grand opening:

The ceremony took place in the presence of His Highness Sheikh Mohammed bin Zayed Al Nahyan, along with over two thousand guests: among them, Italy’s Foreign Minister Franco Frattini. Representing the Maranello company were President Luca di Montezemolo, Vice-president Piero Ferrari, Managing Director Amedeo Felisa and Scuderia Ferrari Marlboro Team Principal Stefano Domenicali, along with the drivers, Fernando Alonso and Felipe Massa.
.
[snip]
.
Already, over ten thousand people have visited the Park, where eighty six thousand square metres (out of a total of two hundred thousand) are under cover, since it opened back on the 4th November.

OK, do you want that 10,000 people in about a month put in some perspective? Well, can do! Here are some numbers from the cleveland.com:

Attendance at Walt Disney World’s Magic Kingdom outside Orlando, Fla., the busiest theme park in the world. Disneyland in Anaheim, Calif., was No. 2 at 15.9 million. The rest of the top five in North America were all Florida Disney properties: Epcot (11 million), Hollywood Studios (9.7 million) and Animal Kingdom (9.6 million).
.
13.6 million: Attendance at Tokyo Disneyland, the busiest theme park outside the United States. Next for non-U.S. parks were Tokyo Disney Sea (12 million), Universal Studios Japan (8 million) and Everland in South Korea (6.2 million).
.
21,474: Average daily attendance at Cedar Point in 2009 when the park was open for 137 dates. For comparison, the fifth-busiest North American park for yearly attendance, Disney World’s Animal Kingdom, was open every day and averaged 26,575 a day. No. 6, Disney’s California Adventure, also is open year-round and averaged 16,699 a day.

So, it has a ways to go, albeit those 10,000 came through during a “soft opening.” We’ll see if they keep providing us with figures.