FIA president Jean Todt told Gazzetta dello Sport that he is sure there will be a full grid for the 2010 season despite current speculation that financial struggles may sideline both USF1 and Campos Meta for at least the first three races of the year if not more. The Stefan GP team has been shadowing the F1 teams in the event that one of them should fail in the hopes of claiming their grid position for 2010. Testing, hiring drivers, personnel and planning on attending the grand prix in Bahrain are just some of the measures being taken by the Serbian squad. 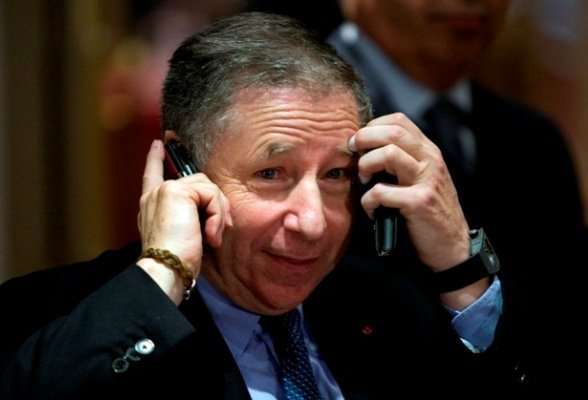 Todt made it clear that the FIA would determine who may take a vacant slot and that nothing is guaranteed for Stefan GP. These are nice reminders but it takes little imagination to figure out that commercial rights boss Bernie Ecclestone is behind Stefan GP’s strategic positioning. This type of endorsement is almost certainly a nod of approval in F1 parlance.

“Having less money may even be healthy, but in the meantime we’ll have 13 teams in F1 this year,”.

“In the final version of the Concorde Agreement it’s written that a team may be absent for three races. But if a team can’t go on, it’s not a given that another team comes in. It’s up to the FIA to decide who has the requisites.”

Ultimately, however, Todt couldn’t miss the opportunity to suggest that F1 just isn’t “green” enough. That it suffers from serious carbon-guilt as it uses fuel to make it around the track. Irrespective of Todt’s point on fuel usage, the F1 engine is the most efficient engine in the world. No other engine can make that amount of power with that little usage of fuel. We’ve argued for what we call the, Steve Matchett rule, which is to limit the amount of fuel an engine can deliver and this would force engineers to design systems to do more with less. This is relevant to road cars and current environmentalist initiatives.

“We need to cut costs, improve the show and draw investors,” he said. “F1 must understand that the world has changed. How can you explain that an F1 car needs 80 litres of fuel to cover 100 kilometres?

The remaining suggestion is the reduction of cost via a different vehicle than the one former FIA president Max Mosley suggested; the cost cap. Some new teams have used this cost-cap notion as the reason they entered the series but as it was not adopted for 2010, they now feel it is their undoing or at least very difficult to continue on. Oddly, no one said they couldn’t operate under their own imposed cost cap should they desire to do so. The Formula One Teams Association (FOTA) didn’t like the concept and Todt didn’t like the cost-cap idea either:

“I don’t like the cost cap; we must get to a reduction through clear rules, for example with a single aerodynamic package for the entire year. Will the cars slide more in Monte Carlo? [Perhaps, but] then the quality of the drivers will be heightened.”

He added: “It’s not acceptable to have given up with KERS. The teams complain that it costs too much? Then they must find the way to save money. The teams are sensitive when we talk about lap times, less sensitive when the environment is discussed.”

No aerodynamic adjustments throughout the year? This means that 2009 would have been the same series as it was when is started in Australia. McLaren would nto have made that terrific surge back up the grid to challenge Brawn GP for wins against Red Bull. Placing so much on a “one chance to get it right” concept is nonsensical. IF your team is a little ways off at Bahrain that means that your team will be a little ways off at Abu Dhabi. No chance to improve? Perhpas I am reading Todt’s quote wrong because I can’t imagine this is what we are suggesting.

Also mind-numbingly insulting is Todt’s position on “green” F1 and the continued shaming of F1 as a egregious abuser of the planet due to a lack of being “green”. The horrible carbon footprint that F1 places on the earth and the strain it causes. When can we all agree that being good stewards of our planet is a noble thing but that F1 is not the poster child of carbon abuse nor should it be the model of how to ruin a racing series by trying to pander to political and financial fads and skulduggery?

Todt reacts as if he is new to F1 when he most assuredly is not. He knows very well that the constant changing of regulations only adds to the cost and that KERS was a terribly expensive failure of epic proportions. Perhap Todt and the FIA can devise a way to make a KERS program that is inexpensive and effective but until that time, grieving its loss and accusing teams of being insensitive to the environment is just base behavior. If he feels the FIA has a duty to be eco-sensitive then create another program for a crony but leave F1 alone as it was and never should be used as a gimmick or tool to try to sate the eco-warrior’s and environmentalists who are trying to dig out from the coldest, most snowy winter in recent history.

Color me reactionary but I think Todt should be focused more on the F1 and WRC series being successful and less on trying to appease political hacks and their eco-sensitivities. F1 isn’t going to eliminate carbon emissions or render the use of fossil fuels obsolete so let’s not pretend that it is something it is not. Let’s not pander to politics in F1; lets race!