Imagine being a Formula website/podcast in a city int eh midwest that has no idea you exist and is not even sure what F1 is. Then imagine finding out that a young man in the same city is racing all around the world in some of the premier open-wheel racing series and he lives in your same neighborhood…literally! Actually he goes to the same high school as your daughters!

Let me introduce you to the wonderful young driver, Spike Kohlbecker, from St. Louis Missouri. I think you’ll find him to be as centered, level, wise and mature as I did and also understand just why I am very keen to follow this young man’s career into motorsport.

I’ve interviewed a lot of young drivers and Spike was in rare company with confidence, humility, maturity, and poise and there is no doubt he’s quick. At the same time as I was interviewing Spike, his press office was announcing his upcoming racing events down under. 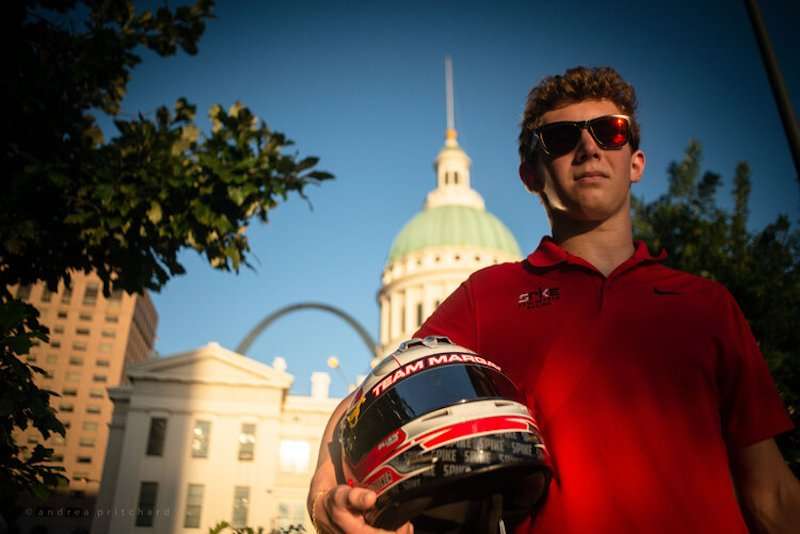 F1600 Ace, Kohlbecker Confirmed for New Zealand’s Castrol Toyota Racing Series (TRS)
Veteran Castrol Toyota Racing Series and 2019 US Formula 4 Championship team, Kiwi Motorsport adds Kohlbecker to their lineup of international drivers for the highly anticipated 2020 TRS Championship. Since the launch of the Tatuus-based 280 horsepower turbocharged FT-60 chassis in May, there has again been worldwide attention on the series that is set to field a full grid of 20 drivers beginning on January 17 at Highlands Motorsports Park on New Zealand’s South Island.

Kiwi Motorsport owners Gary Orton and Teena Larson commented, “we first met Spike at Teretonga Park, New Zealand where he was racing F1600 and we’ve kept a close eye on his career ever since. Coming off a very strong F1600 season in the UK, I am sure Spike is going to perform very well in TRS. This year’s lineup has attracted some of the best up and coming drivers in the world so this year will again be a very tough series. We’re thrilled that Spike will be working with renown Indy Lights engineer Tim Neff. Tim has experience at many of the TRS tracks and will be a great mentor to Spike in this next big step in his career.”

In preparation for the series Spike noted, “I’m excited to take the next step in my racing career in the TRS series with Kiwi Motorsport. No doubt it will be a challenge but that’s exactly what I want. The tracks, the New Zealand fans, and the TRS series are all world-class and will serve as a great foundation for the next step in my career. Racing against the best is what every great driver wants to do in order to establish where you are and where you need to be. I am very grateful that my sponsors and supporters see this opportunity as a key step in my development.”

TRS Category & Operations Manager, Nicolas Caillol added, “We are very pleased to welcome Spike in our series this season. I have watched his performance since I met him in Teretonga last year when he was racing F1600 here in New Zealand. His results in the highly competitive Formula Ford in the UK have convinced me he will be able to take the challenge this season in the Castrol Toyota Racing Series. He already has the knowledge of some of the tracks which will allow him to focus more on the driving of the new FT-60. I’m looking forward to seeing him on track.”