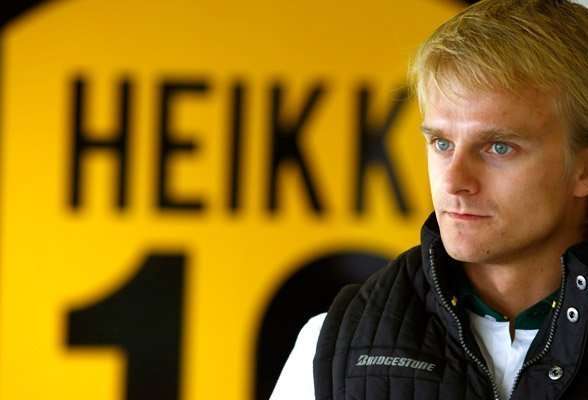 A couple of weeks ago, we followed Heikki Kovalainen’s daily Tweets that appeared to show an increasingly bored Finn. And so the obvious question arose: What should Heikki do in the off-season to keep busy?

You’ve probably heard that Heikki had a pretty nasty shunt in an Audi R8 at the Race of Champions. (It’s here if you want to see.) Also hurt in the accident was his girlfriend, Catherine Hyde. Both are on bed rest, as Heikki tells us in his latest Tweets:

The first one is a retweet by Heikki of his girlfriend’s own Tweet. So it sounds like both are doing OK — at least OK enough to be somewhat jovial about the incident. (Best wishes to both for speedy recoveries.) And, if you missed it — Heikki was knocked out for 30 seconds or so.

I do have to ask a question: How might this impact Lotus? Also on Twitter in the past few hours, both McLaren drivers have mentioned that they are back at Woking and in the simulator (or, in Jenson Button’s case, prepping for it) with the 2011 specs (KERS and flexible rear wing). So it isn’t like the off-season is all that off, right?

Race Report: Ocon wins Hungarian…
48 minutes ago by Worthless Opinion
I think you’re right, that most likely it’s just a ...

TPF Podcast Mailbag
23 hours ago by Brian Williams
Since we’re now at the summer break, and I’ve cancelled ...