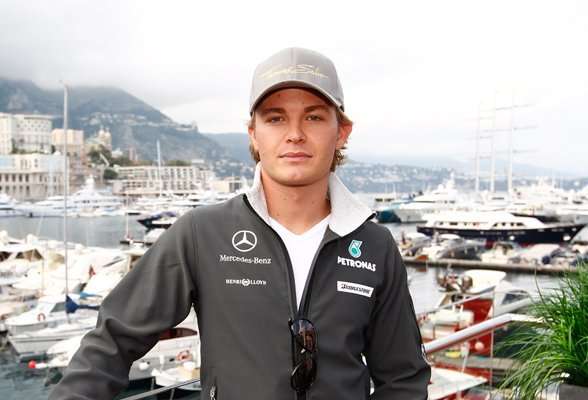 Today’s Tweet of the Day — as they all should — speaks for itself. Thanks to Nico Rosberg for having the humor to post:

nico_rosberg Nico Rosberg
checked in dubai.receptionist was shocked when she saw passport.some1stuck britney in my passport.no idea who http://plixi.com/p/57112914
4 hours ago Favorite Retweet Reply

And here’s the photo.

Apparently, “Britney” is the other drivers’ nickname for Nico. (I should note, when he interviewed on America’s Speed TV before the race, my wife said something to the effect of… “if you just put a blond wig on him.” She’s smart that way.)

So, any guesses who might have done it? And angry Nico Hulkenberg, perhaps?

Masi is no Whiting
6 hours ago by Fabio
No, Masi is not Whiting, I don’t think he’s trying ...

Masi is no Whiting
7 hours ago by Negative Camber
Agreed. It’s good to see that.

Masi is no Whiting
13 hours ago by Steve L Henderson
I think your spot on. Being an F1 fan since ...