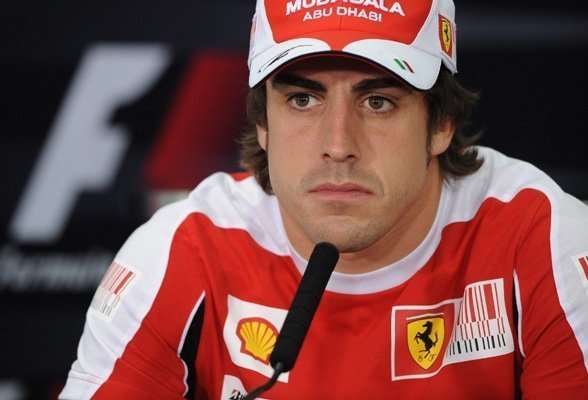 Three days in 2011, and we are starting to get the kind of meaningless Formula 1 news that at least some of us really appreciate.

Today’s comes from a little Portuguese island, Porto Santo. And it features Fernando Alonso getting into it — big surprise, reports vary on just how aggressively — with pararazzi. Here’s the video on YouTube.

The translation of what he says is along these lines: “”The first photographer or camera I see in the next days, I will leave the next day and tell everyone that Porto Santo is a disaster … Ok? So please leave us alone.” ESPNF1 also notes that the video was played on local television — of course, if this is a small island, I’m not quite sure what that means. Maybe back over on mainland Portugal?

So, what could be brewing under Alonso’s still-bearded exterior that he has barely landed before demanding his privacy? Perhaps he’d just heard about the change to four-cylinder engines? Did he see Felipe Massa’s plane sitting on the tarmac? Were the paparazzi wearing Sebastian Vettel gear?

Or could he just want some peace and quiet? Good luck, Fred!

I have to think that if he’d just given them a few quick quotes, said how excited they were to spend some quiet time together (he is with his wife, apparently), added that they were looking forward to seeing the island, and then nicely asked to be given a little time to relax alone, it might have worked. He needed to give them something, and he did — perfect fodder, too. And the added temptation to push him even more.