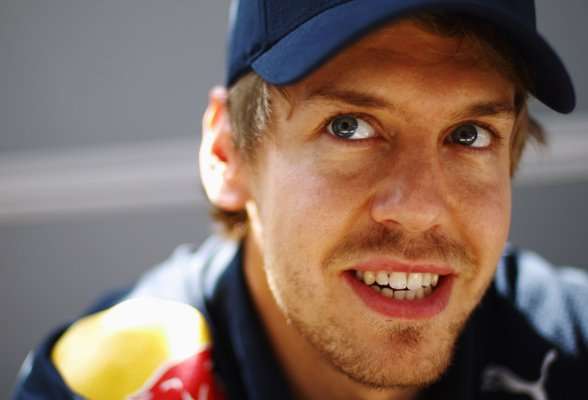 World Champion Sebastian Vettel has reached the pinnacle of success in F1, the world driver’s title. He’s done so in a privateer team known as Red Bull Racing. For the second consecutive year a privateer, and not a manufacturer, has won the constructor and driver’s title. Brawn’s titles last year could be cast off as a knock-on effect of the teams former configuration and handy work as Honda but this years Red Bull victory is all privateer.

That’s not a new idea to F1 as teams such as McLaren, Williams F1 and others have all tasted the champagne as a privateer champion. The wave of manufacturer dominance has also been felt in F1 but is that allure still there for drivers seeking to be with the best positioned team to win the title? It’s not, according to Vettel in today’s Bild column. It seems the desire to leave Red Bull for the manufacturer dream is not as strong as it used to be or quite the “sure thing” it once was.

According to Vettel, the most important thing is having the right people. That makes sense and if you think about it long enough, Williams F1, McLaren and Red Bull seem to have something in common…Adrian Newey. The only teams who have recently benefited from a team sans Newey has been Ferrari, Brawn and Renault. Having said that, do you think Red Bull could achieve what they have without Newey? Should Vettel leave after 2011 in search of a big team like Ferrari or Mercedes GP?

The privateer success is not new but it has been a long time coming. There is hope for privateers but there are key concepts that need to happen. The components, people and engineering has to be there. Red Bull is a bit of a misnomer as they have a budget that other privateers just don’t have. Teams like HRT are in very untenable positions and even Williams F1 is rumored to be lean on cash. So what hope does the privateer have? I suspect, done correctly, the sky is the limit but is it enough to keep Vettel anchored or will the lure of big budgets at Ferrari or Mercedes GP see him moving?