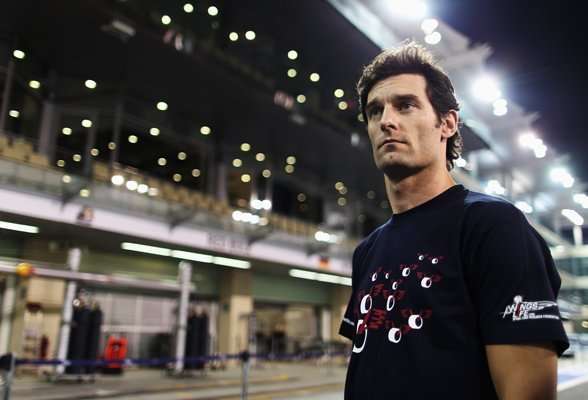 Mark Webber broke his shoulder — you guessed it, on a mountain bike — following the Singapore Grand Prix and raced the final four grand prixs with it injured, he reveals in a new book that’s just been published in Australia.

The BBC has the early look:

Webber is refusing to blame the injury for his failure to win the title.
.
He also kept it secret from his team boss Christian Horner, only telling his physio Roger Cleary and F1’s chief medical officer Gary Hartstein.
.
Webber sustained the injury after the Singapore Grand Prix.
.
He had returned to Australia and was out riding with a friend, who fell off his bike in front of Webber, who could not avoid running into him.
.
The fracture was quite fine and could not be treated.

Apparently, Webber also broke his shoulder in his more infamous crash with the car, in which he suffered the broken leg that was the focus of his rehabilitation. Then, as this year, he kept the shoulder injury from both his team and the public.

A series of questions runs through my head:

At the least, this is a highly unexpected — final? — twist to the 2010 season. Mark’s suddenly more a victim of his own bad luck than Sebastian Vettel, huh?