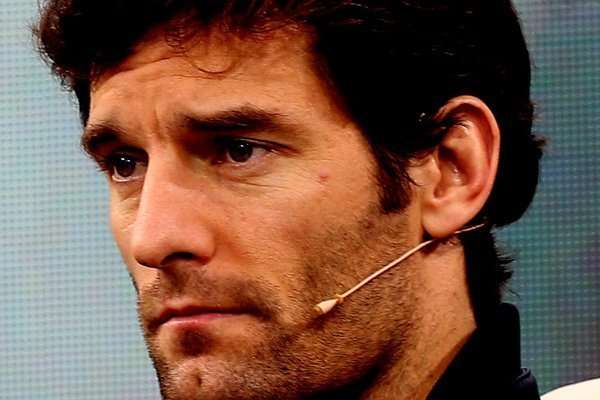 Mark Webber has defended his decision to keep his shoulder injury secret for the final four races of the season according to his website. As we discussed here, it became clear in a new book about Webber that he had a hairline fracture on his shoulder in a biking accident but remained driving for the final four races. WE also discussed the reaction of team boss Christian Horner as being relatively nonplussed with the the secrecy here.

It seems Webber felt the injury was not that serious and had no bearing on his performance. Here is the Q&A from his website:

It has emerged that you sustained a shoulder injury prior to the Japanese Grand Prix. Now everyone’s talking about it…
MW: “A little bit of information can be a dangerous thing! I came off a mountain bike while training between the races in Singapore and Japan, and an x-ray revealed a small fracture to my right shoulder. I was very confident it wouldn’t affect my performance in the car, which is why I didn’t tell anyone.”

Do you regret not telling anyone at Red Bull Racing?
MW: “There was no need. The shoulder wasn’t causing me a problem, so there was no need to talk about it to anyone. If I’d had any issues with it in the car, then of course I would have told the team. But that wasn’t the case. I’ve never missed a Grand Prix but of course if I couldn’t drive the car a) safely and b) on the limit, I would have notified the team.”

Why did you have a pain relief injection before the start at Suzuka?
MW: “The injection was an absolute precaution. It was the first time I was going to do more than 50 racing laps, plus qualifying that morning, so I took what was the best medical advice for race day.”

How serious was the damage to the shoulder?
MW: “Many people will be aware that shoulder injuries can be complex but I was lucky this mishap didn’t affect my main line of work. In that sense, that was the most important thing to me.”

Have you had an operation on the shoulder since the end of the season, as reported on the internet?
MW: “No I haven’t, so I can’t imagine where those stories came from. Some people have asked whether the shoulder was the reason I didn’t do the Abu Dhabi tyre test in November, but it had nothing to do with it. I was never down to do that test.”

Has the amount of press interest surrounding the injury surprised you?
MW: “Yes, I think it must be a fairly quiet week news-wise.”

If the fracture was a very small one and it didn’t impinge on your performance in the car, why did you decide to reveal it in your book?
MW: “It’s what the book is all about. I wanted to give the readers in Australia a closer insight to a sport that’s pretty hard for them to follow. I didn’t sit down after the season had finished with hindsight goggles on and pick and choose what went into it. We did it at the time after each race. It (the injury) is something that happened to me, it was part of my journey this season, so that’s why it’s in there.”

Nothing to see here folks, no issues and no worries. Webber was in control and on the limit so there is no reason for anyone (read horner) to be upset. I wonder if this issue is in breach of any small print on his contract? That could be an issue depending on just how upset Horner may or may not be. Just saying…