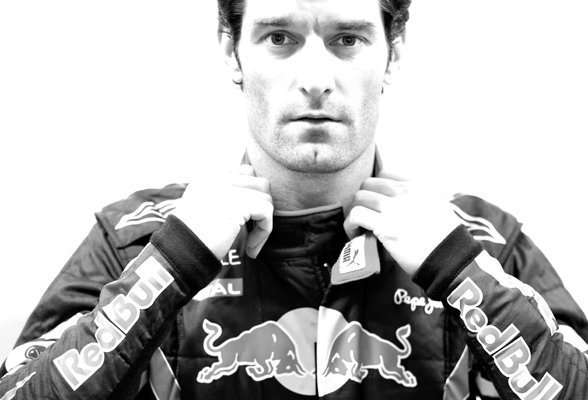 Saturdayâ€™s qualifying for the final race of the season in Abu Dhabi is not the best script Red Bullâ€™s Mark Webber could have hoped for but itâ€™s a script nonetheless. Starting fifth behind his main rivals Ferrariâ€™s Fernando Alonso and Red Bull Teammate Sebastian Vettel has the Australian driver in a precarious position for any hope of winning the World Driverâ€™s Championship. Reuters reports:

“For sure I’m disappointed but it’s happened and that’s where I start the race,” said Webber.

“We are still in the hunt, that’s the main thing. It is disappointing but there is still a long way to go. The Fat Lady has not sung yet.”

“I need to finish ahead of him (Alonso) but also if I don’t finish, I don’t win the championship either,” he told reporters at the Yas Marina circuit.

“The script is impossible to predict tomorrow. Let’s have a look at the end.”

On the surface, things arenâ€™t favorable for Webber but in F1 anything can happen and it sometimes does. Alonso is starting the race on the least used engine Ferrari had in their garage, Vettel had engine failure in Korea when he least expected it and my assertion that Lewis Hamilton, slotted second on the grid, could be the single biggest spoiler in this years championship.

Hamilton is 24 points adrift of championship-leading Alonso and would need all the main rivals to experience some significantly bad luck in order to win the title. While mathematically possible, it seems unlikely. This leaves Hamilton driving for fate and the that fate could seriously hamper Alonsoâ€™s chances.

Ultimately, Alonso needs to finish second to win the title with no complications. Webber needs to get past Alonso in order to have any hope himself. The potential title for Vettel is all dependent upon where Webber and Alonso finishes. Hamilton starting in front of Alonso is a real gift to Vettel at this point but anything can happen.

In the end, Mark Webber will drive his heart outâ€¦thatâ€™s what he does but should he fail to secure the championship, he will have left a lot on the table this year. That table seems to reside in the house of Vettel and the team has not made it easy for Mark. If Red Bull had approached the season like Ferrari, Webber may already be crowned the winner by now but that comes down to an ethos that a large portion of F1 fans donâ€™t like and the team has remained bullish about all season.