Which teams could Hulkenberg and Chandhok be talking to for 2011? 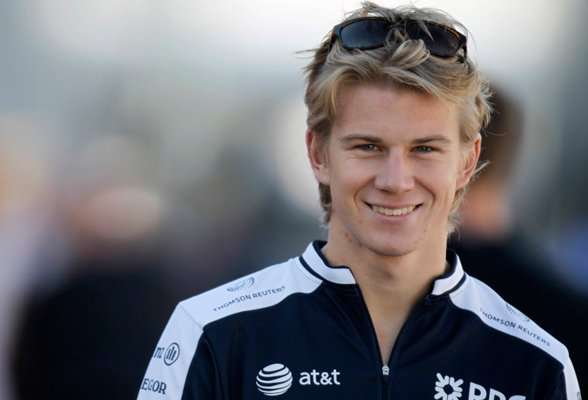 A couple of quick news bites for you.

Nico Hulkenberg is discussing a race seat with Force India, according to German sport1.de. As the site puts it: Force India could become Team Germany, if it also keeps Adrian Sutil behind the wheel. (Sutil seems set for that, despite still making noises about wanting a better drive sometime… somewhere… possible over the rainbow.)

This deal, to me, seems a pretty logical one for both the Hulk and the Mighty Force India. (If Sutil just had more personality, this team could become a graphic novel storyline.) Force India is the best driver out there with an open seat (other than Ferrari, ahem), and the Hulk is probably the best young driver available. (Do we want to start a debate about another “Team Germany” lineup at Force India? Sutil and Nick Heidfeld?)

But where does that leave Indian Karun Chandhok? According to Reuters, he, too, says things are looking good for 2011: “Negotiations for a drive in 2011 are progressing in the right way.” Is that code for getting a decent third-driver spot?

It feels like Silly Season already is trying to wrap up far too soon. Jarno Trulli is claiming he’ll stick with Lotus, wrecking that potential rumor (and my support for whatever the team will be called next season.) Renault seems to be content with sticking with what they know and the Russian millions that come with it.

About the only thing left is to see who wins the musical chairs game for a seat at HRT. I’m starting to think we’ll see desperate veterans putt-putting around the back of the grid with that team in 2011.

Anyone know what Ralf and JV are up to these days?

Previous articleYour View: Favorite F1 race of 2010
Next articleOp-Ed: Bernie’s mugging is the kind of F1 news that gets U.S. coverage