“I still have all my teeth after the impact,” Alonso said.

“My back is obviously in pain a little bit because it was a big hit.”

We knew Alonso would be fine and there is evidence that his neck is super strong…he can crack walnuts with it!

But we’ve done a little digging and we believe we have found the answer as to why Alonso was perfectly fine after the hit at Abu Dhabi and here’s the proof: 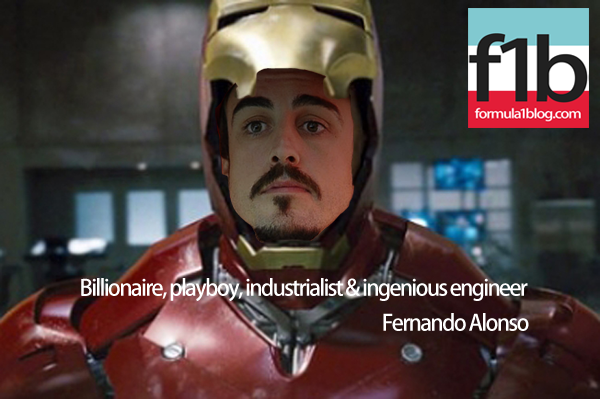 Very glad he’s ok, concussion is a serious injury and American football has been plagued with the silent damage. Formula 1 has come a long way from 1994 but the dispersed energy in a accident or even hopping large kerbs (curbs) such as the ones at Yas Marina can create serious impact G-forces.

In Formula 1 a medical alarm will go off if a car experiences a set limit of G-forces and this prompted the FIA to look into the situation and check Fernando out.