Home F1 News Why Vettel, Raikkonen were slow in 2014 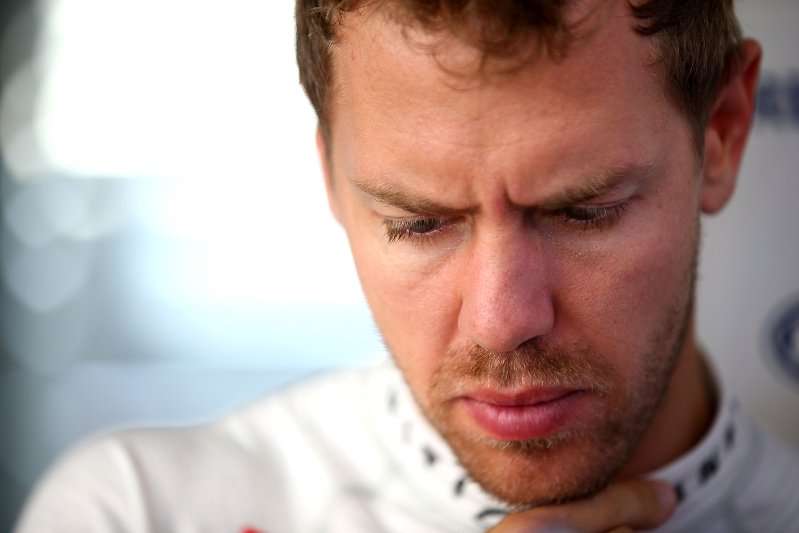 As Sebastian Vettel gets settled in at Ferrari, Red Bull Racing team boss spoke with BBC about the departure suggesting that the pace of his teammate, Daniel Ricciardo, may have been a factor in the decision.

That may or may not be true, as Vettel denies it, but what I found more intriguing about the interview is Horner’s impression on why Vettel and his Ferrari teammate, Kimi Riakkonen, struggle so much in 2014:

“The rule changes were significant and the two guys who seem to have been affected most are Seb and Kimi and I think taking away the rear downforce has actually been a big factor for Sebastian,” Horner said.

“How he generated his lap time was very much using the rear of the car on entry into the slower corners, which was much diminished this year, and that together with the brake-by-wire system had taken away some of the feeling of the braking that he is so dependent on.

“He is such a ‘feel’ driver that some of those feelings had been muted and it dumbed down some of his performance.”

One side of me wonders if Ferrari has gone out and hired two drivers that struggle with the same issues given that the cars are not likely to change much in 2015? With Fernando Alonso on board, at least the Scuderia had one driver who was not hobbled by the new cars and could score points but will they now have two drivers struggling to get into the points?

On the flip side of that argument, should Ferrari get their car right, they have two drivers who apparently like the same behavior from their cars and this would make it easier for the team to shoot fro one goal knowing that it will satisfy two drivers. If they can get the rear of the car and braking to handle the way these drivers like it, it could bode well for the team.

Perhaps that’s just overly positive thinking but I’m not quite sure how they will solve the rear downforce issue. As for the Brake-by-wire issue, Mercedes has software that simulates the feel of the traditional braking system pre-2014. This has been lauded as one of the real reasons their drivers haven’t struggled as much as the others. Perhaps Ferrari can find a code writer to hire now that they’ve got all those empty offices after the bloodletting in recent weeks that has seen numerous redundancies.