Debuting at the Geneva motor show in March, the Porsche 911 GT3 R Hybrid raised eyebrows and dropped jaws. Itâ€™s subsequent performance at the 24 Hours of Nurburgring added even more weight to the story of a racing car using electric power. Now the hybrid racing car will make its debut on American soil this weekend at the Petit Le Mans at Road Atlanta.

The 480 horsepower car includes two 60-kilowatt electric motors supplied by Williams Hybrid Power for the Kinetic Energy Recovery System. Yes, this is the KERS that never saw the light of day in Formula 1 in 2009 but Williams have had success with their commercial arm by developing a flywheel technology that Porsche has adopted for their hybrid program. While the unit is still within the FIA regulations, Formula 1 has chosen not to use the technology this year but are looking to 2011 for its return. Williams will have plenty of development data to deploy their technology with the help of Porscheâ€™s aggressive position of marrying internal combustion engines with electric power. 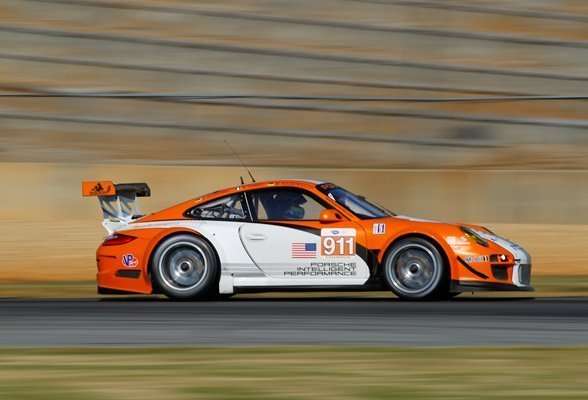 Mike Rockenfeller will team with co-drivers Timo Bernhard and Romain Dumas this weekend:

“It’s great to be back in a Porsche 911 race car and be reminded of the traction you get as a driver, but the added four-wheel-drive and torque of the Hybrid system will be a big advantage in the wet.Â  But we are still working on the dry track set-up for the car as well, so I hope we can get some dry laps in today as well,”

The system works in a unique way in which the electric power generated via the Williams Flywheel KERS unit is delivered to the front wheels while the internal combustion engine is applying the fruits of its labor to the rear wheels. The on and off nature of the rain this week has allowed the team to test the car in the wet for the first time. 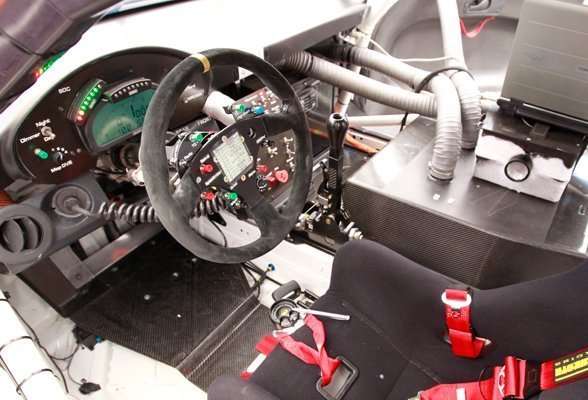 The two 60-kilowatt electric motors provide an extra 160 horsepower to the front wheels on demand. When accelerating or overtaking, the driver presses a steering wheel-mounted button that provides additional power for 6-8 seconds.

The Williams flywheel system creates energy every time the driver brakes. The math at Road Atlanta means a 1:25 lap generates 0:20 of boost. Each front wheel has its own electric motor that can help control traction out of the corners and provide additional speed.

This weekend should mark a momentous occasion for Porsche and hybrid racing in general. The car will race in itâ€™s own class but perhaps that class will become much larger if the hybrid success that Williams and Porsche have created prove the skeptics wrong.

3
I’ve seen many people repeat the “red mist” comment made by Damon Hill ...
2
I enjoyed your discussion on the 2022 regulations and DRS which triggered the ...
2
i seem to be on the wrong side of this one, but I ...
2
I understand the point about past history but drivers develop and mature over ...
1
Seemed like the only one smiling after the race was George Russell

Prestigious | The Parc Fermé…
That would be cool.

Prestigious | The Parc Fermé…
You know what Netflix series I’d really like to see ...

Prestigious | The Parc Fermé…
BTW have you seen this explanation. https://www.futilitycloset.com/2009/12/27/cricket-explained-to-a-foreigner/

Prestigious | The Parc Fermé…
As a half Swedish person who grew up in UK ...