A tip of the hat to Adam Cooper for finding this gem…then again, makes you wonder what his taste in music is doesn’t it?

There have been precious few songs written about F1 and most of them are rubbish but one could argue that the late George Harrison’s ode to Jackie Stewart was actually decent in a novelty sort of way. The video footage of the old days is terrific!

But now there is a new song that is sure to become an instant hit. Most British readers will be familiar with the name Blackmore from the Rock band Deep Purple. Guitarist Ritchie Blackmore is still considered a terrific musician and guitarist and as a boy growing up, I always loved the white Fender Strat he used.

Blackmore, as it turns out, has a son older than I am and it is no surprise that he is a musician as well. Well…maybe it is a surprise but who’s keeping score?

JÃ¼rgen Blackmore (J.R.) was born in London in 1964 as the son of guitar virtuoso Ritchie Blackmore and his German wife Margit. IT seems J.R. is a big Silver Arrows fan as well. So much so that he has penned a new song celebrating the return of Mercedes to the grid in 2010. Yes, even the name Schumacher is in the lyrics–which means it’s already suffering a serious amount of rubbish-ness–as a calling card to rally Germans to the team and get excited about the 2010 season. 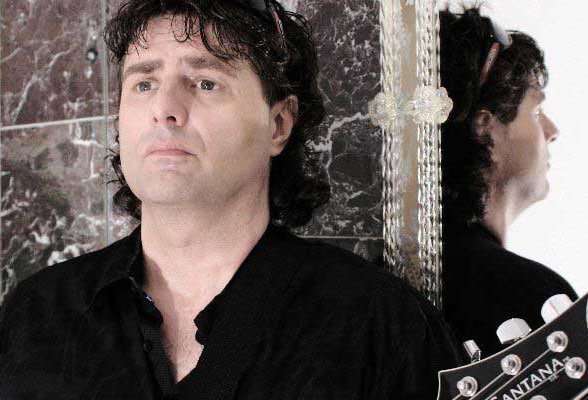 A sure way to kill a song about F1 is by attempting to fit the name Schumacher in it. It never works well and only ever ends in tears as fans and musicians alike know they are all compromising their integrity to celebrate a man who’s name is, by musical law, banned from song. One need search no farther than the song Fly Schumi Fly to see this critical musical law violated:

What? You say you like Fly Schumi Fly? Well, there is an audience for just about every song so if that is your bag and you like the notion of F1 songs, then the wait is over…feast your eyes on the Silver Arrows:

To hear the song, you can hop over here and listen.

So hats off to J.R. and his group for showing some excitement to the return of the Silver Arrows to F1. Far be it from me to lack understanding of how excited the nation of Germany is because as an American, we have no team. If I’m honest, it’s a lot better than many F1 songs I have heard but it certainly takes a certain audience and unfortunately I have never been one to pine for a song about F1.

If I were J.R., I believe I would couple the song with some great video from Mercedes GP and then make it a YouTube sensation. Here is the marketing move for J.R. Blackmore and friends…call Bernie Ecclestone, F1 boss, and get on the schedule for F1 Rocks! Now that would be the gig for J.R. and it would be better if you could get your father on the stage with you to add some gravity to the show as he rips into Highway Star. Just an idea.

I’m not Nico Rosberg |…
1 day ago by Fabio
Misheard lyrics are called Mondegreens.

Davide Brivio joins Alpine F1…
2 days ago by Mr. E.
Congratulations and good luck. I look forward to many race ...

Alpine F1 hints at blue,…
5 days ago by Xean Drury
They do listed to the podcast apparently (sorry Cyril!). I ...