Your View: Did Vettel earn his world title? 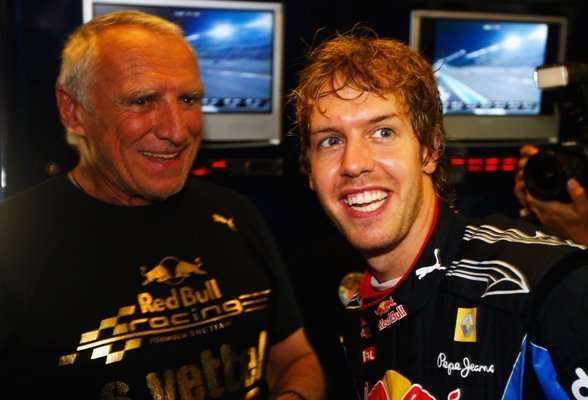 About a month ago and with three races left in the Formula 1, I suggested that none of the drivers still with a chance at the world title really had shown they deserved to be No. 1. In part, I wrote this:

This year, though, all the top drivers have at least one huge â€œred flagâ€ that will keep whoever finally wins from having a season as good as even Buttonâ€™s much-debated one just last year.

Yes. Iâ€™d absolutely rate Buttonâ€™s 2009 title higher than any of the 2010 ones. He took his smooth, silky driving style and applied it to a car seemingly perfectly suited for him. Did he â€œlimpâ€ home? A bit, but by then he could afford to given his early season domination. He knew what he had to do, and he did.

No oneâ€™s dominated this season though. No oneâ€™s taken 2010 and said, â€œThis is my year.â€ And that probably sums up my problem with any of our quintet still in the title hunt. But thereâ€™s more:

Now, of course, we have our world champ. A month ago, I had this to say about Sebastian Vettel:

Ah, Australia. Ah, Spain. And, ah, ah, ah Turkey. For every high Vettel has enjoyed this season, heâ€™s offered us a corresponding low. And just as his highs have probably been the loftiest, his lows have been at the very depths. But the greatest knock on Vettel is that he has had the best car (albeit with some early reliability problems) and he hasnâ€™t been able to run away with the title. Heck, heâ€™s 14 points down on his own team mate at this point. And even if he eventually pulls out the title win, I will remember 2010 for his failing to to live up to the potential of Adrian Neweyâ€™s car design. I will think that even if he doesnâ€™t win. In terms of the car and his drives, Vettel probably should already have the title locked up. He doesnâ€™t. That speaks volumes.

So, he has “eventually” pulled out the title win. My reaction: Yeah, he should have won. Newey’s car design consistently was the best this season (and at times by a good bit). And with a fewer mechanical problems and one or two fewer mistakes (perhaps easily attributed to the fact he’s still pretty much a kid), Vettel could have had this title wrapped up by Korea.

Still, what did Vettel do in the races after the above post? Kabloeey in Korea and then everything he had to do: win and win in the last two races. (He also dealt with all the Mark Webber versus Vettel talk in the media and the paddock.)

That’s a pretty solid way to put a stamp on the season. The question, and this morning’s Your View: Was it enough that you think Vettel earned his championship?