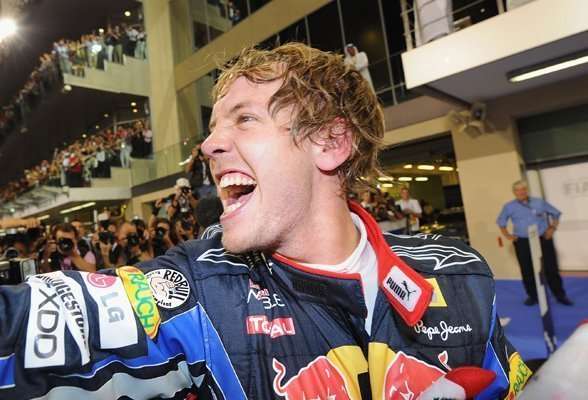 This question came to me before Abu Dhabi finished, and really it was driven by the idea that 2010 might be Mark Webber’s only legitimate shot at a world drivers’ title.

After all, Sebastian Vettel is the hot up-and-comer and Fernando Alonso and Lewis Hamilton both have plenty of years remaining. Then there’s that other title holder, Jenson Button, still lurked around, and, oh yeah, some guy with seven titles to his name.

Even if you take Button and Michael Schumacher out of the equation over the long haul, the trio of Vettel, Alonso and Hamilton seem destined to battle it out well past the time when Formula 1 is racing in Russia and Korea but not at Silverstone or Spa.

Plus, I’d toss Robert Kubica and Nico Rosberg into the mix, if either got into a winning car.

That’s a lot of variables.

Now, add in the highly spun reaction to Vettel essentially saying that “the skies the limit” on titles — spun immediately into “he’s targeting Michael’s seven,” and Formula 1 fans do have plenty of promising battles ahead.

Before those battles continue, I’m asking you to gaze into your crystal ball (or go with your Magic 8-Ball if you want) and answer this Your View:

How many titles will Vettel, Alonso and Hamilton end up with? Will any of them be able to challenge Michael’s record?