Your View: Who would you put in Force India seats and why? 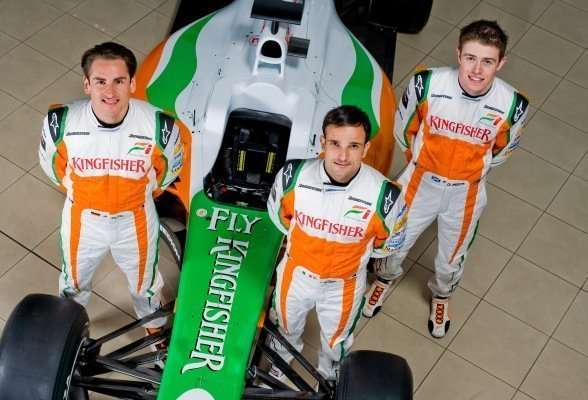 The Silly Season drama is nearly over, with by my count just three seats still open: One at HRT and both seats at Force India.

(You could argue that Toro Rosso’s seats will come up mid-year; we’ll see.)

Amazingly, I think we’d all agree that Force India under-performed in 2010, even though it enjoyed by far its best season ever. (Yes, a very short “ever.” But still.) Midway through the season, the car — and the driver, too — went south. Adrian Sutil at one point was actually ahead of Michael Schumacher in the drivers race, but finished behind not just Michael but Michael’s old running buddy, Rubens Barrichello. The team finished seventh, a mere point behind Williams, which came on strong as Force India was fading.

Still. Seventh. Not bad. But… well, not quite what we all seemed to expect.

In other words, the impression now is that Force India is a solidly midpack team that could be the top of the middle teams. And yet — no drivers. Even HRT has a driver at this point!

Honestly, while those guys might not knock your socks off, it isn’t a bad pool from which Force India gets to pick its drivers.

Now, the thinking is going along these lines: Force India is trying to get these drivers to find extra sponsors, and that’s the big hold up. Could be.

But, unlike Force India, you are out of time. Today’s Your View: Who would you put in Force India’s seats? And why? You can cite the talent or the potential money, and you even can name another driver if you want. (Yes, Negative Camber, that’s so you can tout Nick Heidfeld.)

Previous articleForce India still driver-less, and will start testing with old chassis
Next articleMoss: Chapman would have ‘sold Lotus to highest bidder’