According to AUTOSPORT, the FIA have called for a meeting on May 6th to discuss modifying the tailpipe on the current 2014 spec engines in order to increase the sound  of the current V6 turbos. When compared to other turbo V6 formats, they sound quite a bit different and according the article, here, the engine makers in F1 got together to discuss a way of changing that with tests to be completed over the next few days.

The FIA would like to get something on the table for the Spanish Grand Prix and one of the thoughts was a spec tailpipe designed to increase the overall sound. As mentioned by F1 boss Bernie Ecclestone, any changes made must not impact the performance of the teams…specifically Mercedes. The article does say that a solution has already been tested by one manufacturer with positive results.

It’s difficult to determine if this will increase the sound to be on par with other series such as Indycar but the use of fuel is regulated so the task is not quite as easy as it seems. It will be interesting to see if the sound can be increased and changed significantly enough to appease us neolithic anoraks who still cling to the fact that F1 should sound like…well, F1. Will it appease us close-minded goofs who think that the series should be a visceral experience? Sure, us old guard have been around too long to be useful these days but we must matter to someone because the FIA is trying to do something about the sound and quickly.

I still think a 1,000 watt sound system on board with Jensen triaxial 6×9’s blaring the sound of V12’s from each car might be a cheap option. They could plug that V12 8-track tape in their Kraco deck and that would really fool us old dolts into thinking the cars sound great! We’d even be more impressed if one of the cars had a Thrush mufflers sticker on it and each garage had a copy of a Chilton’s manual in it with parts, especially their 3/4 inch racing cams,  provided by JC Whitney. 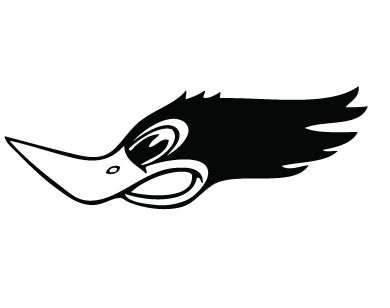