You will know that this is the first time F1 has been to Austria since 2003. You will know Niki Lauda, Jochen Rindt, Gerhard Berger and Roland Ratzenberger. You might know that three Austrian F1 drivers have died competing in F1, and that only the UK has lost more drivers in the sport. However, here is a quick guide to Austria to get to know the country itself a little better. Throw in some of these random facts while watching the race to (mildly) impress your friends and family.

2. Despite beginning in Switzerland, the House of Habsburg became so strongly linked with Austria that it is sometimes referred to as the House of Austria. The motto A.E.I.O.U stands for ‘Austria is destined to rule the world’ (in latin).

3. Home to Mozart, Haydn and Strauss, few countries have made such a massive contribution to classical music. The New Year concert with the Vienna Philharmonic Orchestra has an estimated global audience of 50 million, and the Vienna Boys Choir is world famous.

4. Not to mention, an Austrian family inspired one of the greatest ever musicals. The Von Trapp family were from Salzburg, where you can take a tour visiting famous locations from the film version of The Sound of Music. You can bounce up and down steps singing Do-Re-Mi to your heart’s content and it isn’t (that) weird. Despite the massive popularity of the film in the UK and US, many Austrians haven’t seen it.

5. Back in 1895, Daniel Swarovski invented a machine for cutting and polishing stones. These days, Swarovski is still a family-owned company, only now there are 25,000 employees and it makes 2.38 billion Euros a year.

6. Austria’s most visited attraction is St Stephen’s Cathedral in Vienna. Incredibly it was consecrated back in 1147, and it is renowned for its stunning architecture. Its roof collapsed following a fire in the closing days of WWII, but it was rebuilt within seven years. 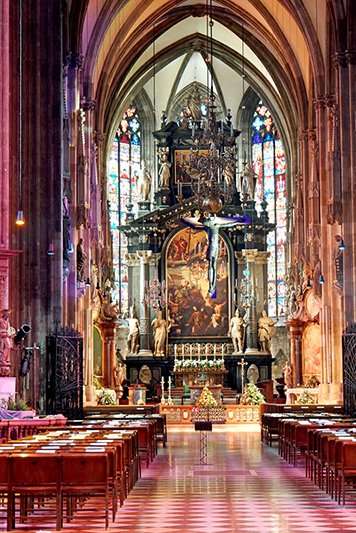 7. Speaking of old stuff, Austria is home to the oldest zoo in the world: Schönbrunn Zoo in Vienna. It was founded in 1752.

8. In a similar vein, the Spanish Riding School has a long, notable history. In its own words, it is ‘the only institution in the world which has practised for over 440 years and continues to cultivate classical equitation in the Renaissance tradition of the haute école.’ Awesome.

9. Cyclists ought to dream of the Tauern Bike Path. It is 100 miles, downhill most of the way, yet takes a scenic route along two rivers, through Alpine villages and along the foothills of the mountains.

10. Austria has a ‘Friendly Alien’. The nearest big city to the race track is Graz, which was the European Capital of Culture in 2003 (interestingly, the year of the last GP). For the celebrations, they built an art museum that is now known as the ‘Friendly Alien’ because of its unusual architecture. 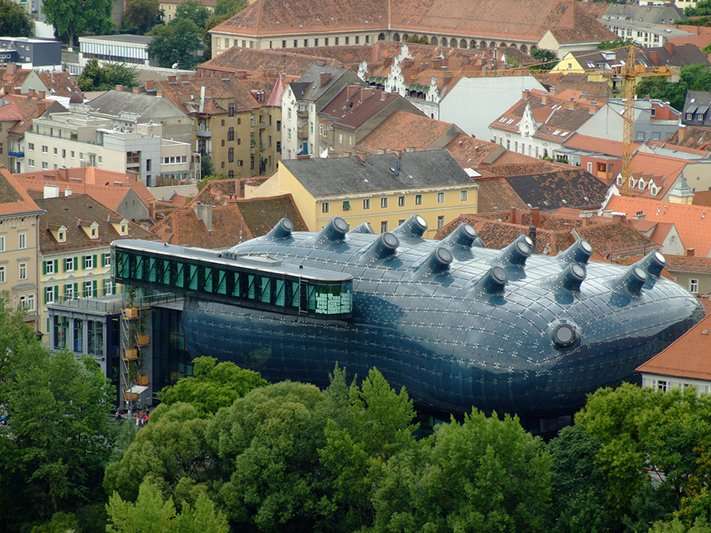