Bond in Motion at the London Film Museum

For months, every time I walked past the tiny entrance to the London Film Museum, just outside the main square in Covent Garden, I thought it would be interesting to see what’s inside. It is home to the exhibition ‘Bond in Motion’, a collection of the most iconic cars and other vehicles that have featured in the James Bond films, and last weekend I finally paid them a visit. 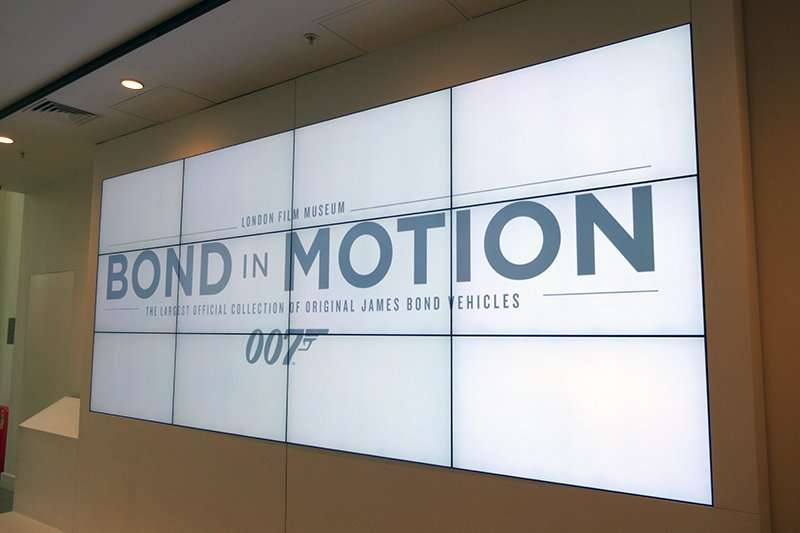 I’m going to be honest: I know next to nothing about these films. I have seen Quantum of Solace and the odd one that’s been on TV as I grew up, but I remember almost nothing about them. I know James Bond likes his martinis shaken, not stirred, and that’s about it. To be honest, I just went for the cars. And I was not disappointed! 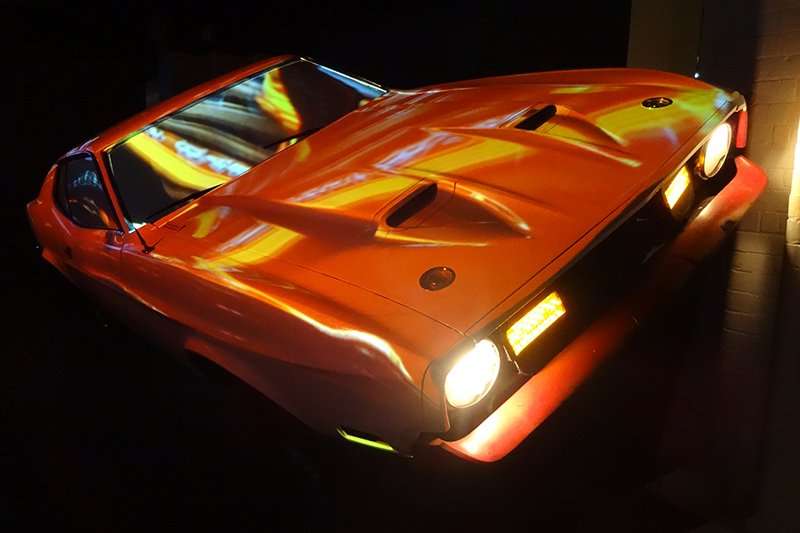 The first part of the exhibition is a small mezzanine section, with storyboards and drawings for proposed vehicles from the films. 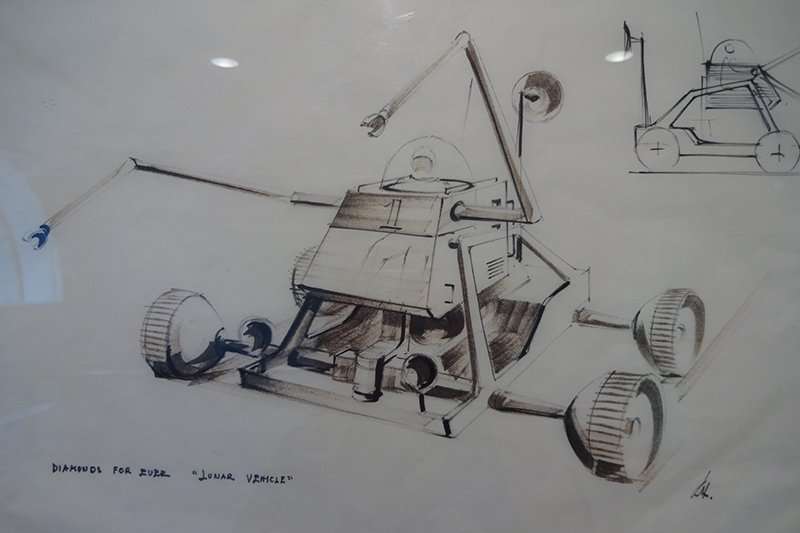 The main body of the exhibition is downstairs. First up is Goldfinger’s Rolls-Royce Phantom III: 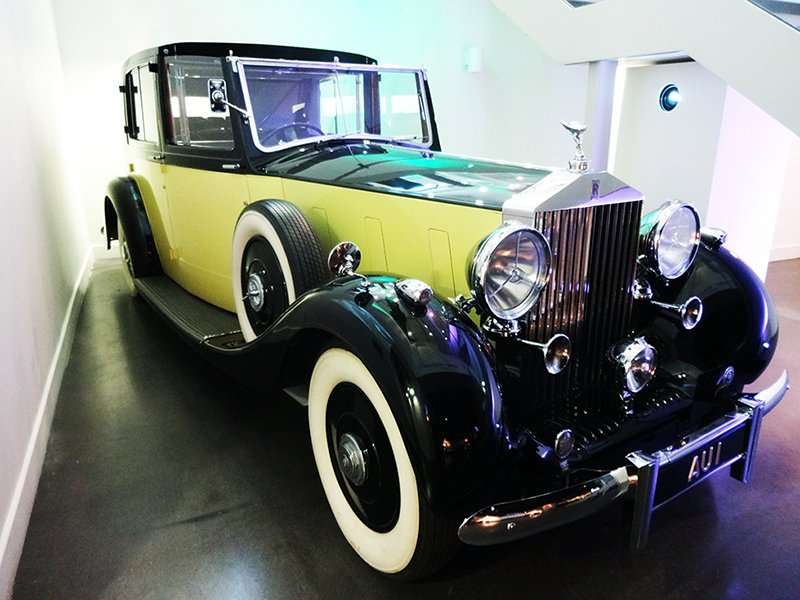 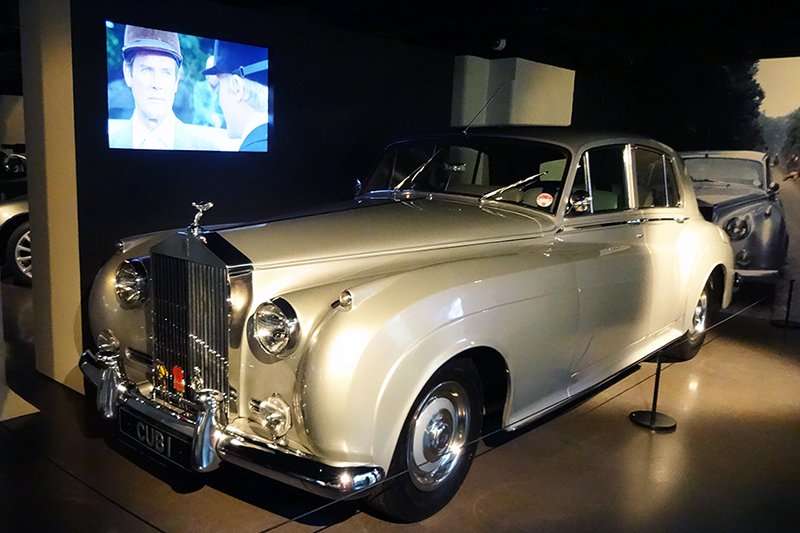 CUB 1 was owned by Bond producer Albert R. ‘Cubby’ Broccoli, and was apparently a familiar sight around Mayfair, driving people to and from the production studios. Even in 2012, CUB 1 took producers Barbara Broccoli and Michael G Wilson to the premiere of Skyfall.

As well as a simple sign telling you the type of vehicle and the film in which it featured, some cars have iPads beside them showing technical information, and most of the cars/bikes/submarines have screens behind them showing clips in which they feature. It was a brilliant touch – lots of people were enjoying watching the clips as they went along. As I say, I’m no expert on James Bond, so as fun as it was to go and admire the cars, it was also good to see how they were used.

There was the Vanquish from Die Another Day: 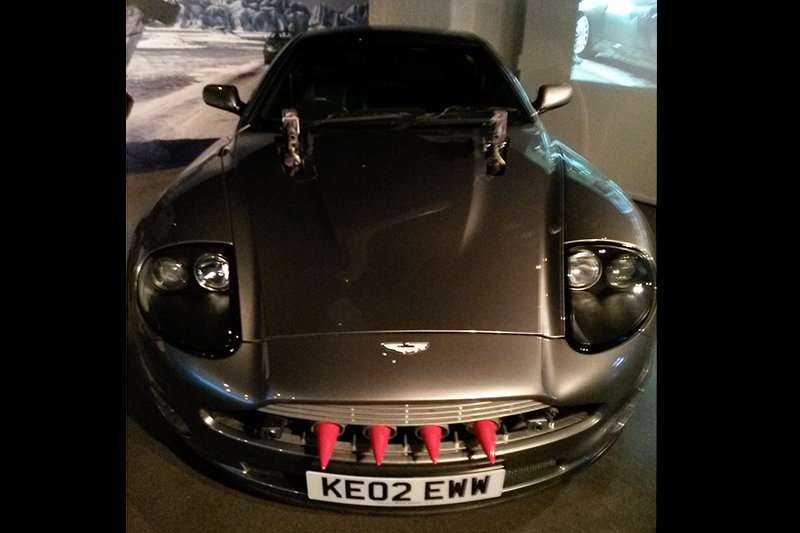 Cars with their gadgets on display: 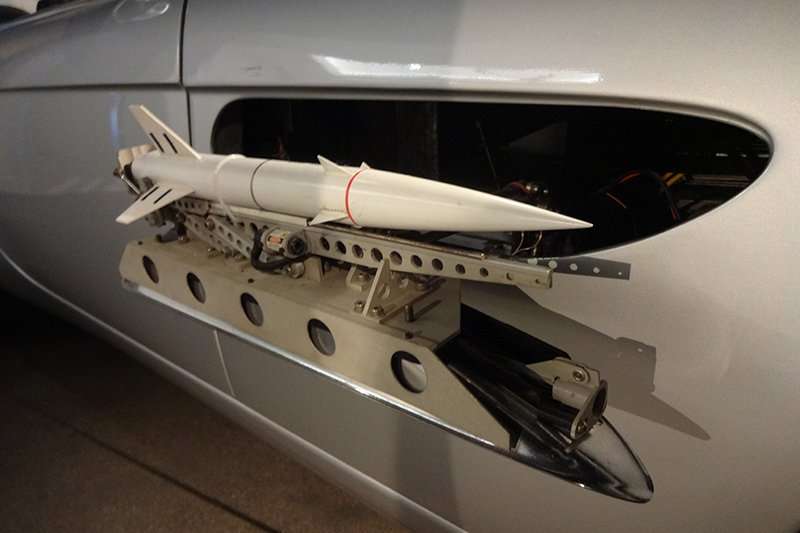 And those still in pieces after their experience in the films: 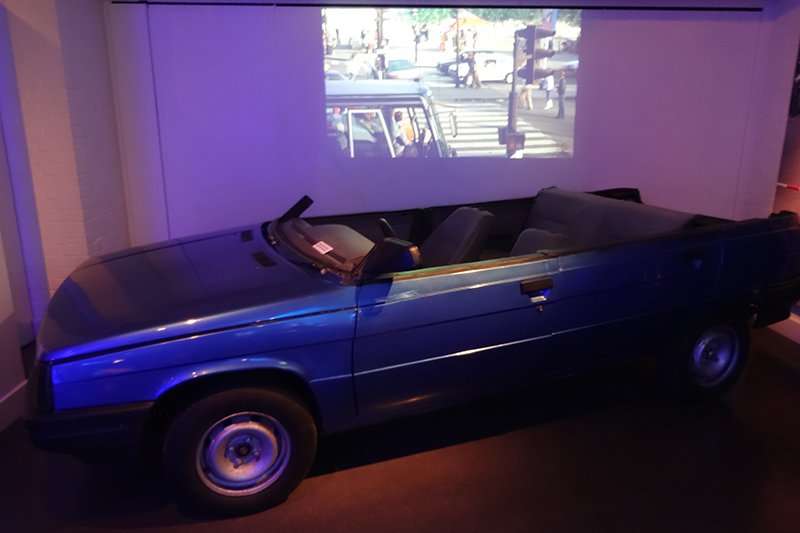 And it wasn’t just cars: 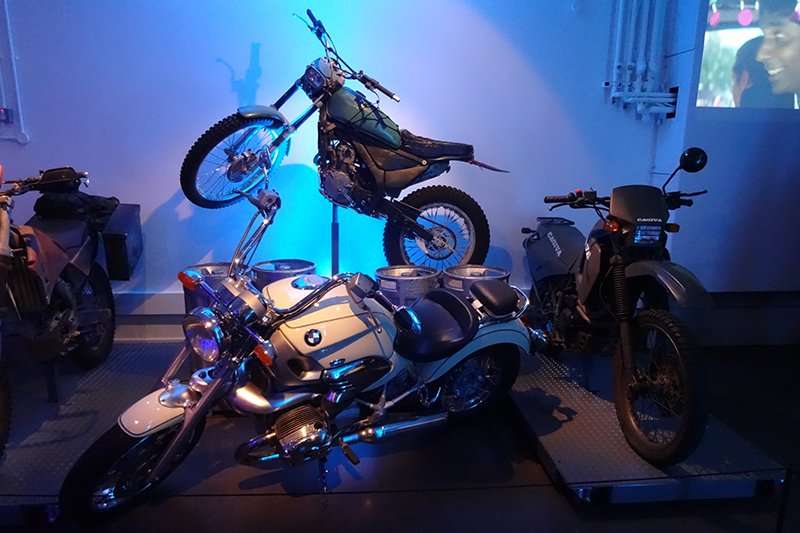 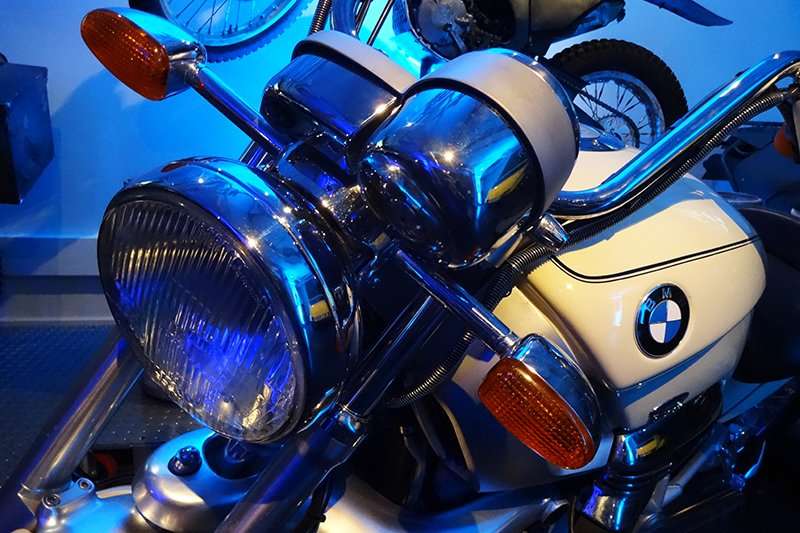 There was even the crocodile submarine from Octopussy: 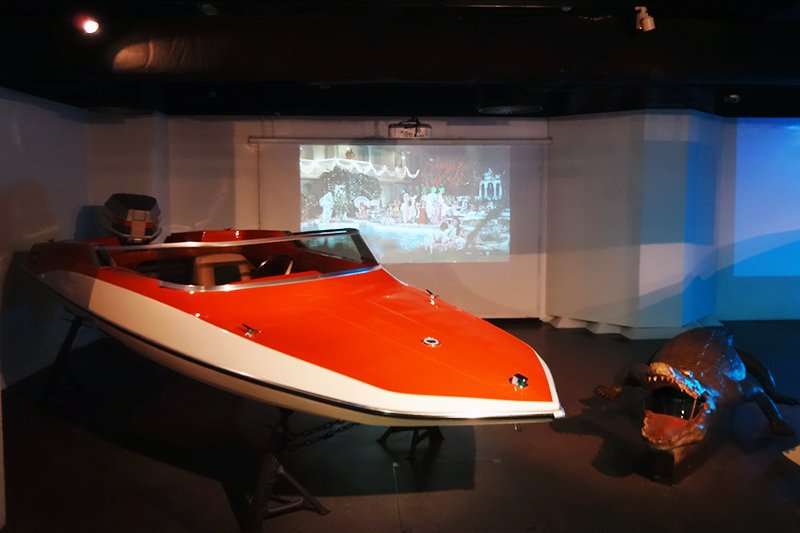 What was great about the attraction was seeing visitors of all ages – it’s very family friendly. There were parents and children all over the place, little kids taking pictures on their camera phones, and people posing in the photo booth area.

If you don’t have a lot of time, it could be a fairly quick attraction, but it doesn’t feel insubstantially short. I spent a fair amount of time reading everything and taking photos, and I was there for an hour, and I thought it was completely worth the money. It is obviously fantastic for James Bond fans, but even those of us just interested in cars will enjoy this exhibition.

I took so many photos, and I don’t want to post too many in case it spoils the attraction for those of you who would like to visit. However, there is one very special car that I haven’t mentioned yet, because I wanted to leave the best until last: 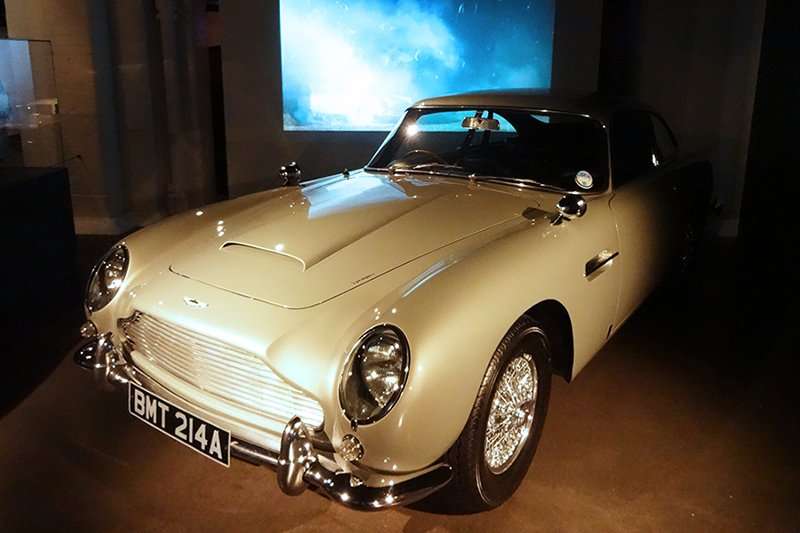 Yes, the Aston Martin DB5, potentially the most famous Bond car of all. Even though I remember almost nothing about the films, even I remember the scene in which the spikes emerge from the wheels and slash the tyres on another car. The car on display was used in GoldenEye and Tomorrow Never Dies. Let’s just see it from another angle, shall we? 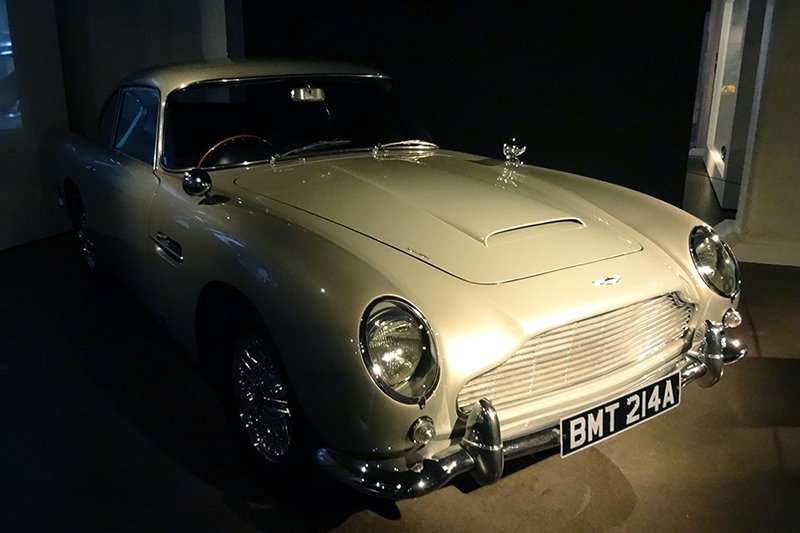 And one with Bond himself in the background: 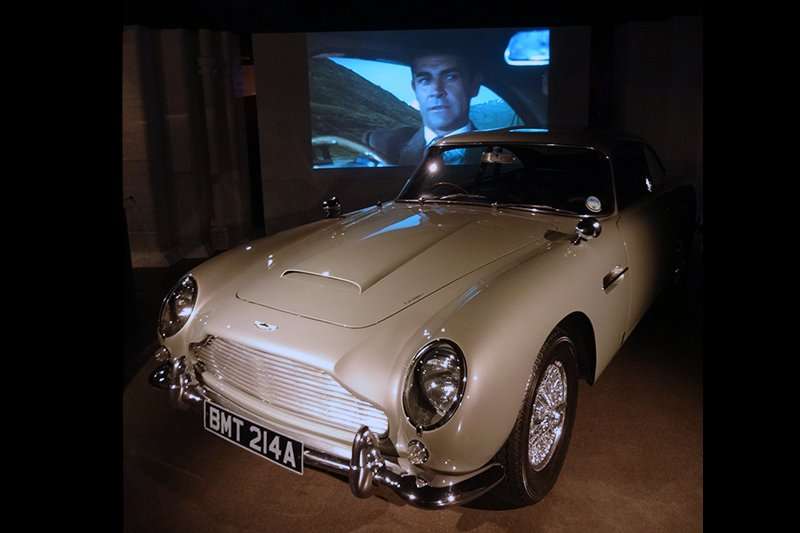 You can find out more information about the exhibition on the London Film Museum website. Adult tickets cost £14.50, it is £9.50 for children, and family tickets are £38. In general, the museum is open seven days a week from 10 a.m. until 7 p.m., but check there are no closures before planning a visit.

How cool is this? I am such a Bond geek. When Daniel Craig opened the garage door and pulled out the Aston…awesome!! It’s funny that the Bond films have never used the F1 paddock or events such as Monaco as a backdrop in the decades it’s been making films. Sure, you couldn’t afford to do it now (As Sly Stallone found out) but back int eh late 60’s or 70’s seemed like an opportunity to meld the two worlds.

Has this moved from Beulieu and the National Motor Mueseum or does a 007 exhibition still exist at Beulieu in Hampshire?

That would be a perfect world for you Todd, race cars and 007.

I don’t want to put Bond cars. It sounds like I’m talking about the Bond car company.

I would definitely make an effort to see a Bond film featuring anything of the world of F1!

I know, it seriously confused my research – so many of these fantastic cars! This one did feature in GoldenEye though, so it still counts.

Previous article
Back off man! McLaren Honda are building an Interocitor!
Next article
Formula1blog.com Podcast #433