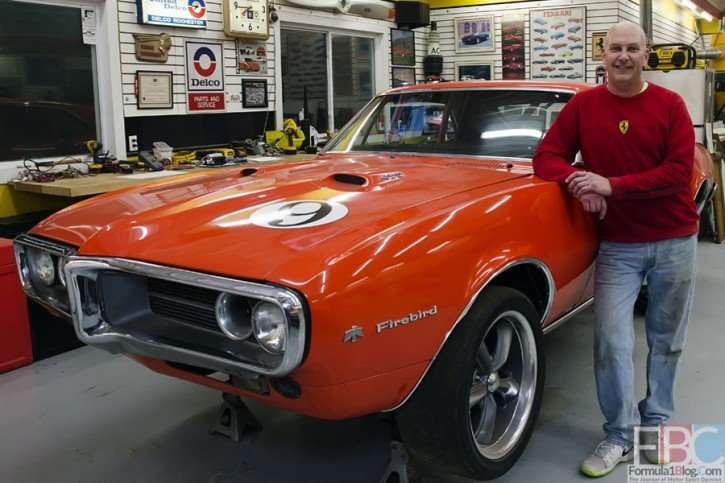 Kevin Dunn is an engineer, fabricator, and long-time autocrosser. Getting back in touch with our roots, we talk with Kevin about the rise, decline, and reemergence of the American muscle car and it’s role in the sport of autocross. Kevin obtained his 1967 Firebird in 1982, and it was in rather rough shape.

Riddled with rust and sporting a straight six with a two-speed automatic, it wasn’t the pinnacle of pony car power and performance. Kevin had the rare opportunity to utilize a first-class General Motors body shop to carve out the car cancer and repaint the mostly green machine to its current bright orange. Yes, that’s the original paint from the mid-80s. Kevin also upgraded the powerplant and the transmission before heading out to the Lincoln Air Park to compete in his local autocross event against the various Corvettes, Sunbeam Tigers, and Ford Panteras that dominated at the time.

Eventually, life got in the way and Kevin drifted away from the sport. Fortunately for us, and I dare say for Kevin, his work colleagues recently convinced him to return to competition. In 2015, Kevin competed in the C-Prepared class of SCCA Solo in the Kansas City Region. During his few outings, he was convinced to prepare his car for the new Classic American Muscle (CAM) class and follow fellow CAM competitor Lance Hamilton in entering a couple of rounds of the Ultimate Street Car Challenge. Muscle cars are making a comeback, although if you ask Kevin, they never really left us.

That’s terrific! My very first car was a 1969 Firebird convertible. 350 and green. I called it the Green Manalishi.

LOL…you found the impetus for my car. It’s funny because the first time I heard it, it was like this and was the reason I called it that.

That’s the live version but the first version I heard from them was off of Unleashed int eh East. :)

Rob’s had an interesting life… Peter was really out there… Does Paul know Rob? All them British folks know each other right?