Growing up in a home where both of my parents had once been drag racers in their own rights, Danny Ongais was as much a household name as A.J. Foyt and Mario Andretti. I recall one particular story, one of many my father told often and embellished more with each telling, in which Danny passed through the lights at the end of the quarter mile sans breaks and his parachute. After clearing both the sand trap and a corn field behind it, the driver emerged unscathed and laughing while his smoldering car was left in ruins on the corn farmer’s front porch.

Like most of my father’s stories, this one can be taken with a hefty dose of salt, but Danny Ongais’ outright speed, bravery and ability to drive anything with wheels cannot be denied. Best known for his exploits in a straight line and in Indy cars, the “Flyin’ Hawaiian” also has a history which, though briefly, saw him compete in F1, as well as stellar performances in sportscars and even championships on two wheels. 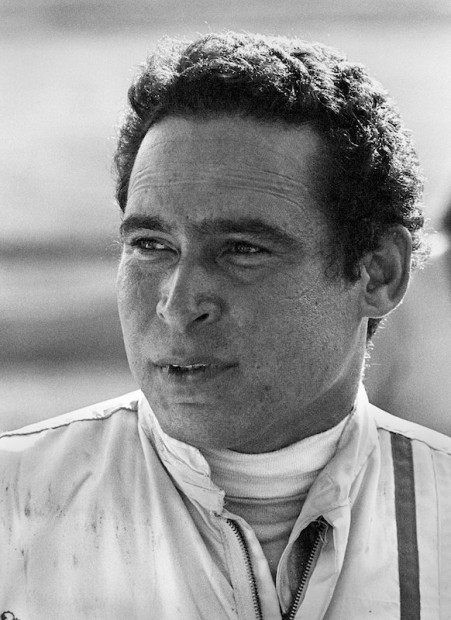 Born on the island of Maui in 1942, Danny began competing in local motorcycle races at the age of 14 before joining the U.S. Army as a paratrooper while still in his teens. Upon his discharge, Ongais returned to Hawaii where he would become the state motorcycle champion while also begin to win road races in sportscars. After being introduced to drag racing by some friends, he would soon win the Island Championship, his second title in a second form of motorsport at just 20 years old.

Ongais moved to the mainland shortly thereafter and, by the end of 1963, had won the American Hot Rod Association’s Winter Nationals. He took the 1964 NHRA Division Championship and famously won that year’s Hot Rod Magazine title by pushing his dragster the entire length of the quarter mile after his opponent’s car broke at the start and Danny’s own driveshaft broke on the line.

Though he continued drag racing and winning in that form over the next few years, 1965 saw Danny’s first race on an oval in a California Racing Association sprint car. For 1968, Ongais teamed up with famed team owner Mickey Thompson for an assault on the Bonneville Salt Flats. Driving Thompson’s Ford Mustang Mach I, Danny set no less than 295 national and international speed and endurance records. The pair began entering the Mustang in funny car competitions and, by the end of ‘69, Ongais was named the Drag News driver of the year.

With his sights now firmly set on oval and road racing, Danny bought a used F5000 Lola T300 in 1974 and, once again, immediately began winning races in regional and national Sports Car Club of America events. He took 12 wins from 15 races that first year and the regional Formula A title. 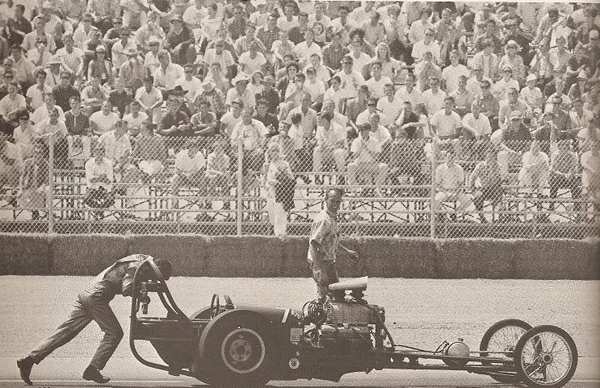 For 1975, Danny bought a Lola T332 and soon came to the attention of entrepreneur Ted Field, who was running a F500 team under the name of his own Interscope company. With limited success in F500 over the next two years, the team took the step to begin entering Danny in USAC Indycar races.

Danny ran his first full IndyCar season in 1977, set the fastest lap time in that year’s Indy 500 as a rookie and took his maiden win at Michigan. 1977 also saw Ongais and the Interscope team enter a Porsche 934 in the IMSA GT classwhere he would take two wins in addition to finishing 5th in the World Championship round at Watkins Glen.

Having won in F5000, sportscars and Indycars in their short three seasons together, Ted Field saw no reason why he shouldn’t take his Interscope squad and Danny all the way to Formula One. So when Penske pulled out of Grand Prix racing, Interscope picked up an unraced PC4 chassis and entered Ongais in the final two races of 1977.

In an unfamiliar car, Danny struggled to qualify for the USGP at Watken’s Glen and only squeaked into 26th on the grid. Having gained a reputation for being unbelievably brave but also crash prone, it was no surprise that he quickly moved up to 15th on a wet track before crashing out. For the following round, the Canadian GP at Mosport, Ongais would have a much better time of it. Having qualified 22nd in a field of 27, Ongais’ speed, as well as a high attrition rate, helped him to move up to 7th position by the checkered flag, just one spot out of the points in only his and the team’s 2nd GP. 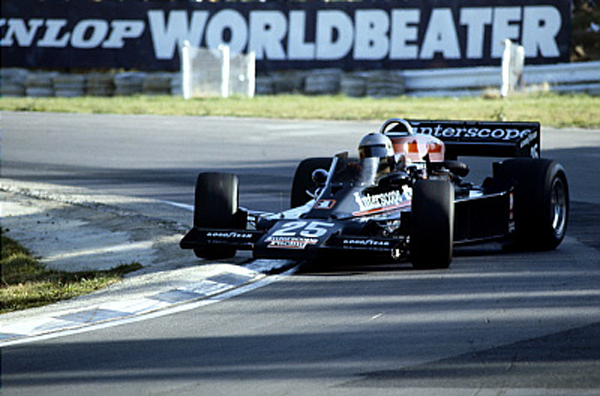 1978 bought a works Ensign drive for Danny, as the struggling team were in need of pay drivers to fund their season. However, it was not the family fortune of Ted Field who would pay for the Danny’s seat, rather none other than Bernie Ecclestone, who felt that the Hawaiin’s cult status as a driver would help him go far in F1.

The year old N177 chassis struggled for pace at the season opener in Argentina, however, and Ongais was only able to manage 21st in qualifying before break failure put him out after 35 laps. It was the same story a race later in Brazil, with a 23rd place start and the loss of breaks just 13 laps in. And with that, Danny was through with Ensign.

By the time F1 reached Long Beach for the 4th round of the season, Field had bought a brand new Shadow DN9 for Ongais under the Interscope banner. But even the factory Shadow team were struggling with the new car, which was making it’s debut that weekend, and Ongais would fail to make it out of pre-qualifying. The team would attempt a return to F1 nine rounds later at the Dutch GP but again would fail to qualify. Though Danny was rumored to have a works Shadow ride for 1979, the drive never materialized and the Hawaiian’s stint at the top level was over.

While taking on F1, Danny and Interscope were simultaneously racing Indycars, with Ongais taking eight poles and five wins in 1978, in addition to six IMSA rounds in an Interscope Porsche 935. The following year, Danny and Hurley Haywood would take the team’s 935 to a massive 49 lap win at the Daytona 24 Hours.

Unfortunately, though he continued on in Indycars and sportscars, including a couple of attempts at Le Mans, this would be Danny’s final major victory. While leading in the 1981 Indy 500, Danny suffered a long pit stop after a stall. It is thought that, upon leaving pit lane, the halfshaft might have been damaged as, a short time later, the car suddenly snapped sideways and went nose first into the outside wall. 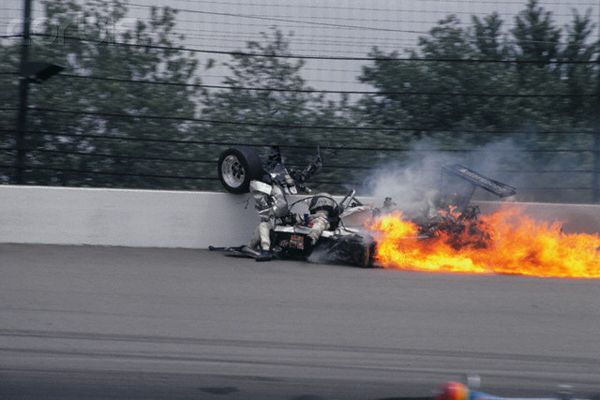 Exploding on impact, the nose was completely sheered away, leaving both of Danny’s legs dragging along the track as the car finally ground to a stop. In Dr. Steve Olvey’s book “Rapid Response”, he described the impact as being so great that a portion of one of Danny’s shin bones was found firmly implanted in a grass bank behind the turn 3 wall. Olvey went on to say that, at the time, Ongais was probably the worst injured driver to actually survive a crash that he had ever seen.

Having recuperated from his dreadful leg and internal injuries, Danny returned to IMSA racing at the start of the ’82 season and would take three wins that year. He would also return to Indy in May, qualify 9th and lead 5 laps. Ongais soldiered on in both Indycars, sportscars and even a handful of Indy Racing League events all the way up until the 1998 season. He made a one race comeback behind the wheel of a Grand Am car in 2002 at the age of 60, wrapping up a driving career which has spanned from the 1950s to the 200s, more than six decades.