“The GPDA would like to invite you to a pajama party on Thursday, January 21st 1982 at an as yet undetermined, super secret location. Pizza and Tab will be provided, Winkelhock will be bringing some Kraftwerk records and we’re hoping that we can track down a VCR, as Wattie has a bootleg video copy of E.T., along with Reeces Pieces for everyone! More details to come. Drivers only, please. No FISA or FOCA representatives allowed!”

Okay, so maybe the invite is a bit far fetched, but the fact that virtually the entire Grand Prix grid did really have what amounted to a sleepover is true. It is another strange tale from the annals of the “I can’t see that happening today” Formula One files. Arguably one of the most tragic and easily the most political year the sport has known, 1982 was set in motion in a bizarre and ominous fashion.

As the FISA-FOCA War is only the backdrop for our story, I will only briefly dwell upon it’s background. The Federation Internationale du Sport Automobile, an autonomous subcommittee of the FIA, was led by Jean-Marie Balestre and the Formula One Constructors Association was headed by the Brabham team’s owner, a bloke by the name of Bernie Ecclestone. From money to car design, the two entities battled over numerous aspects of the sport, with teams siding with one over the other (FIA-FOTA, anyone?). 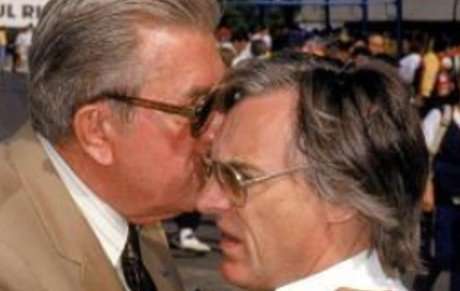 As he prepared to return following a brief retirement from F1, Niki Lauda, received a letter on Christmas Eve, 1981. It was the same letter being opened by the other pilots intending to take part during the upcoming season: an application form for a new FISA super license. In reading through some of the clauses, however, the former champion found some new wording that he did not like.

3. A super license will only be issued when a driver has entered into a commitment to drive for a particular team and signed the super license form issued by FISA.

4. The license issued to the driver will name the team with which he has a commitment to drive.

Though drivers of that period had contracts, they still readily switched teams mid-season, often leaving their former teams struggling to find new pilots before the next race. As opposed to just being a license for a driver, this was now a license for a driver AND the specific team that he drove for. Though there were no clauses holding the teams accountable for not firing drivers, this new phrasing kept the drivers from firing their teams at any time before a certain date, also specified in the paperwork. 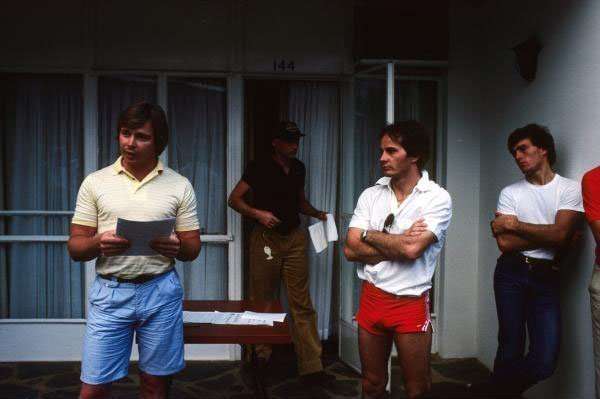 Lauda rang up Ferrari’s Didier Pironi, the president of the Grand Prix Driver’s Association, who admitted to having discussed and agreed to these new terms after meeting with the F1 Commission in December. But the Austrian soon had his French counterpart in agreement that these new clauses were turning the drivers into team property and should be reconsidered.

With the first race of the season, the South African Grand Prix, fast approaching, Pironi used the Wednesday preceding the race to meet with the F1 Commission. Following FISA’s obvious refusal to discuss possible changes until a later date, the governing body and it’s pilot’s were at a stalemate.

The following morning, just hours before the first official practice, a cream and burgundy Nissan bus appeared in the paddock. As the drivers arrived at the circuit, Lauda and Pironi picked them up one by one and invited them onto the bus, telling them that the GPDA were to hold a crisis meeting in the suburbs of Johannesburg . 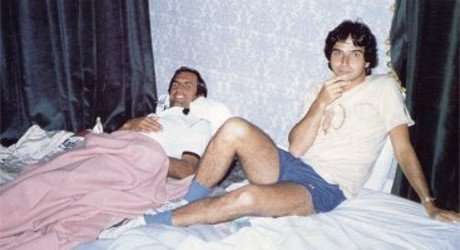 Many drivers, especially the younger ones with a new and promising career ahead of them, were reluctant to go against their teams, but all were eventually persuaded. The only drivers not to leave on the bus were Jacky Ickx and Jochen Mass. Ickx, well retired from Formula One by this point, was only on hand as a possible replacement for the injured Marc Surer and Mass had shown up late, having stayed with South African friends nearby, not even being aware of the bus and imminent strike.

As the bus carried the majority of the current grid to the Sunnyside Park Hotel, Pironi stayed at the track to continue discussions with Balestre and Ecclestone who, oddly enough, was siding with the FISA president on the matter. At 10am when the track opened for practice, fans were met with silence. The South African race organizers threatened to impound the cars due to the lack of action and Ecclestone in turn threatened to sue the drivers for costs incurred if this indeed happened. He stated that the drivers were replaceable commodities and announced that those on his own Brabham team, Ricardo Patrese and current World Champion Nelson Piquet were, in fact, fired.

As the talks were not proceeding, Pironi left the track and joined his fellow drivers at the hotel, just in time for absolutely nothing to happen when qualifying started at 1pm. He came with a stern message from the powers that be; all drivers involved in the boycott would face a life ban from Formula One if they did not give in.

Later that afternoon, the stewards announced that the race would be postponed for a week, that all drivers taking part in the strike were suspended with immediate effect and that any monies lost due to the postponement would be recouped from the drivers. In addition, for the newly re-scheduled race, the teams would select all new drivers from outside the current grid.

The continued impasse led to one of the strangest occurrences in Grand Prix history. The members of the GPDA commandeered a large conference room in the hotel and had a number of mattresses brought in. Twenty- nine of the best racing drivers in the world were in for the night.

They spent the evening in good spirits. Classically trained pianist Elio de Angelis played Chopin, trading off on the piano with Gilles Villeneuve, who entertained with the ragtime of Scott Joplin. With fewer beds than drivers, those sharing ‘accommodations’ included Warwick with Reutemann and Lauda with Patrese. Among the co-habitants were also Villeneuve and Prost. As the lights were finally turned out, someone joked aloud about what kind of super baby would be the result of that particular liaison.

Throughout the night, team bosses were doing everything they could to lure their drivers back to the track. Toleman’s Alex Harkridge was the only one that succeeded when his driver, Teo Fabi, reportedly excused himself for a restroom break and never returned. He lost all respect from his peers when he duly appeared at the track at 9:30 the next morning, along with Mass, ready for the 10am practice session.

But the session was pushed back to 11:00 as, shortly after 10, Pironi received a call stating that the owners had agreed to freeze negotiations and to settle the matter after the race. Balestre also gave assurances that none of the drivers would be punished for striking. The rest of the race weekend went on as scheduled but, as soon as the race ended, all suspensions were immediately reinstated. The drivers received between $5,000 and $10,000 fines, as well as two to five race bans.

Luckily for the drivers, the next race in Argentina was cancelled, giving the FIA’s own Court of Appeals time to review the matter and side with them. It criticized FISA for not giving the pilots more say in affairs directly affecting them and, in turn, had the new Super License application return to it’s previous form. The court also lowered all fines to $5,000 and turned the two race bans into a suspended one race band.

1982 did have it’s merits. There were eleven different race winners across sixteen events, Elio’s first victory (by just 0.05 seconds over eventual champion Rosberg!), an unlikely Tyrrell win from Alboreto, three U.S. GPs and a brief return to the cockpit by Mario Andretti. But with the season opening South African Grand Prix and it’s driver strike behind them, the Grand Prix fraternity still had team disqualifications, further race boycotts, allegations of cheating and, ultimately, tragedy to endure. It was a season to remember, but ultimately for the wrong reasons.

Previous articleDomenicali considered quitting after Abu Dhabi debacle. Should he have?
Next articleBreaking: Ferrari makes its changes with Fry in as race engineer