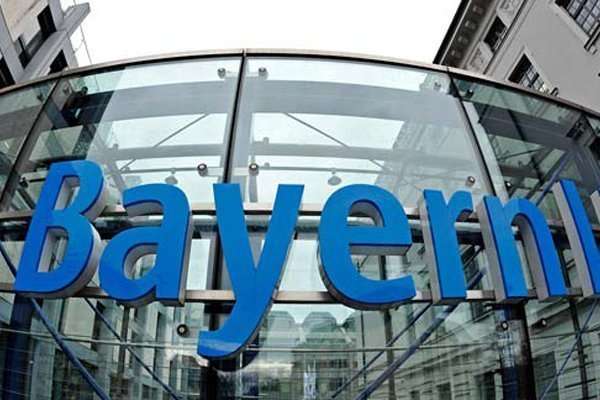 Formula 1 may be in the crosshairs following the arrest of Gerhard Gribkowsky, the former chief risk officer of German state-owned bank Bayerische Landesbank. It seems the Munich prosecutors are investigating him on bribery, breach of trust and tax evasion allegations.
Prosecutors are reviewing the sale of a stake in F1 holding company, SLEC, which Gribkowsky, 52, orchestrated. According to prosecutors, BayernLB sold the stake in 2006 without it being properly evaluated.

“According to the current findings, the suspect in turn received $50 million in payments disguised via two consultancy agreements,” said Barbara Stockinger a spokesperson for the prosecutors.

BayernLB had seized the ownership as collateral following the collapse of German media company Kirch Holding GmbH in 2002. It later sold the interest to CVC Capital partners, the current owner of F1’s commercial rights.

CVC spokesman James Olley told Bloomberg in an emailed statement that CVC has no knowledge of any payment to Gribkowsky or anyone connected with him in relation to its purchase of Formula One,

It has been suggested that Gribkowsky received payments from Mauritius and the British Virgin Islands of $50M and then placed them in an Austrian foundation called the Sonnenschein foundation in May of 2007. The organizer of the foundation told Bloomberg that there were no Austrian laws broken and that the money was fully taxed. It also noted that the Germany has not frozent he foundations assets.

While nothing is proven and CVC has denied all knowledge of the incident, one can assume the prosecutors are looking for a payout, kickback or “greasing” of the palm as it relates to Gribkowsky’s role in green lighting the sale of the ownership stake to CVC. While no one is openly stating that this happened, rightfully so, it is the rabbit trail the prosecutors seem to be following or at least suggesting by their probe.

If this is the case, it would seem a sloppy move for CVC and former SLEC owner and commercial rights boss Bernie Ecclstone. Equally it would appear to be messy handling of additional income from Gribkowsky’s stand point but his Austrian lawyer said that the money was properly taxed as a probe in 2006 proved according to James Allen’s story on the subject.

The issue at hand is that it is not illegal, in American law, to be paid a consultancy fee for your efforts on behalf of a client but this gets infinitely more complicated as Gribkowsky was working for the bank and not an independent consultant in the deal. His actions would have been seen as partisan and not in the state-owned banks interest nor was he in a commission-paying position for the bank. It would be hard to justify getting $50M for consulting work on the deal that you were orchestrating for the bank and I assume the bank would have major issues with the conflict of interest.

Again, F1 has its head in the news and for all the wrong reasons. Then again, why shouldn’t it? The money surrounding this sport is astronomical in scope and brings out the worst in some people. If the Prosecutors actually do follow this inquiry and find evidence against CVC, Ferrari President Luca di Montezemolo may have been correct in suggesting that F1 needs a new owner whose interest in purely for the promotion of the sport and not market driven.

Either way, innocent until proven guilty and I suggest Mr. Ecclestone will have some words and moves up his sleeve that will either render this all poppycock or negate further implications. He’s a sharp guy when it comes to cash and time will tell how intermingled CVC or Ecclestone is with this inquiry.

Previous articleDomenicali: Massa ‘can’t afford another season like the last one’
Next articleF1’s real relevancy to the ‘Green’ road car industry