This week, the F1 world has been enjoying the summer break. Lewis Hamilton has been rock climbing, Lotus have taken the #SilverstoneGnome site seeing, Williams have been in Venezuela with Pastor Maldonado and Natalie Pinkham and the Sky Sports F1 team, and Red Bull have been on an American Vacation. Tweets have dwindled, but here’s the best of the ones I’ve found this week…

Heikki Kovalainen was fishing with his girlfriend’s brother last Sunday: 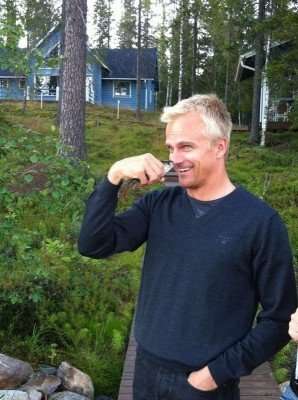 @LewisHamilton: Good morning all. Hope your well. 6am & I’m on my way to go rock climbing, 600ft mountain. Should be good. How are you today?

@LewisHamilton: We gonna climb that pointy rock behind the girl on the rights headhttp://instagr.am/p/OZQqtdL0w7/ 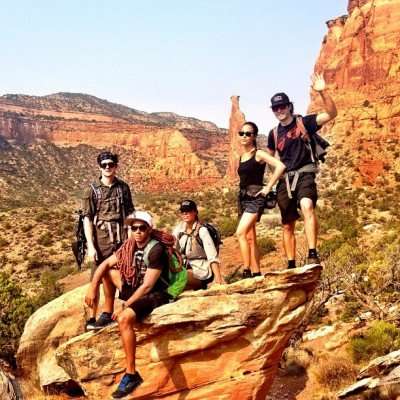 Kovalainen saw a bear on Friday:

@H_Kovalainen: Saw a bear from distance today while cycling, it was on the other side of small lake… It wasn’t interested in me tho so no problems there!

Fernando Alonso is training again – he’s been out running this weekend: 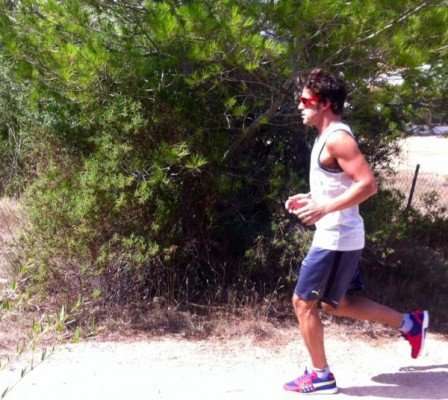 @JensonButton: Morning from a very sunny Luton Hoo.. The calm before the storm!! The first heat of my Trust Triathlon kicks off at 9am http://lockerz.com/s/236136060

Williams were in Venezuela filming with Pastor Maldonado and Natalie Pinkham and the Sky Sports team. They caught Natalie Pinkham in their car last weekend (they didn’t mention Pastor’s crash though): 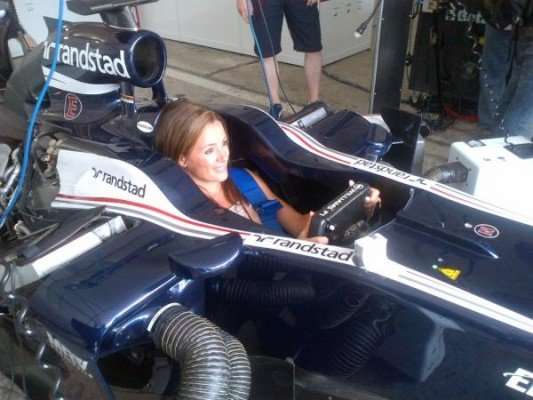 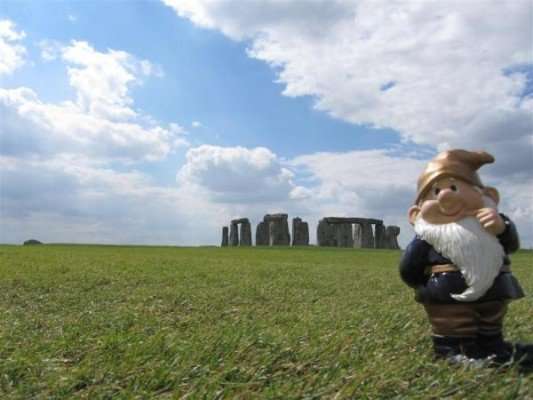 Meanwhile, McLaren were back at work:

@TheFifthDriver: First day back in the office after the two week enforced shutdown – the race team’s back to work ahead of the second half of the season!

Red Bull were in the US with David Coulthard to drive the proposed New Jersey circuit:

@redbullf1spy: DC takes the Showcar for a spin on its #americanvacation2. Now how’s that for a view? http://pic.twitter.com/hf4hmly8 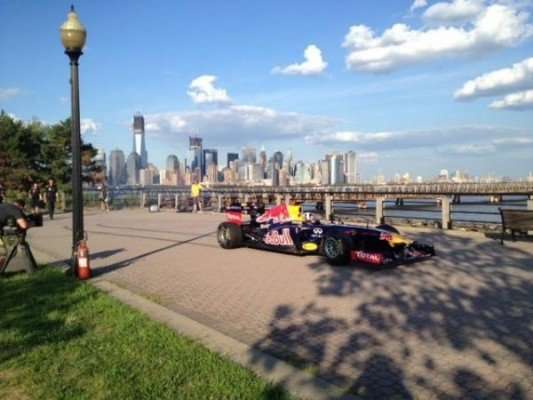 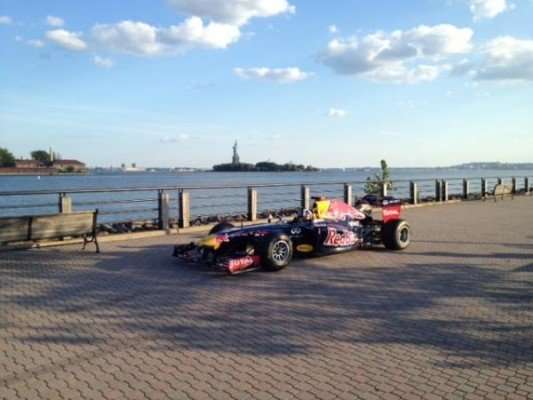 Williams had a new feature at their factory in Grove on Tuesday:

@WilliamsF1Team: It’s the 2 week shutdown here in Grove but we’ve had a new installation courtesy of @King_and_Co – Our new F1 topiary! http://pic.twitter.com/agXYV2Ri 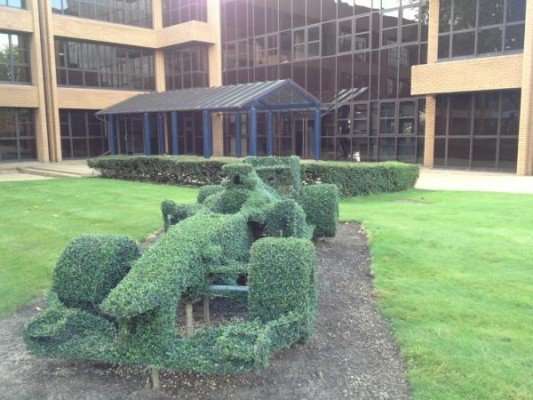 McLaren were swan watching at the MTC on Tuesday:

@TheFifthDriver: Morning from a sunny MTC! No lake wildlife spotted as yet today #MTCSwanWatch http://pic.twitter.com/aQLgkf6q 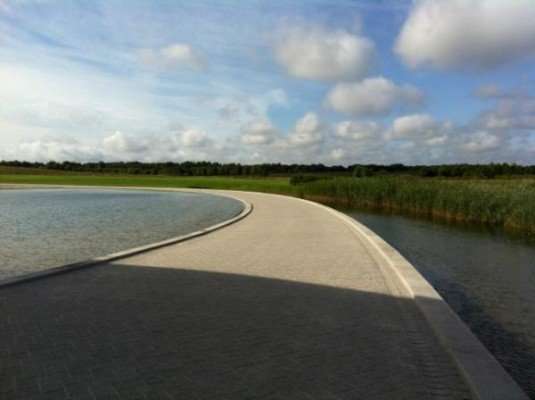 Force India were on holiday:

@clubforce: Greetings from the beach! Everyone @clubforce is enjoying some well-earned holiday. We will be back in the office next Monday :-)

Red Bull’s spy was with DC as he got into a police car:

@redbullf1spy: DC… if you break the speed limit, they will always catch up with you.http://pic.twitter.com/s1h8ln6g 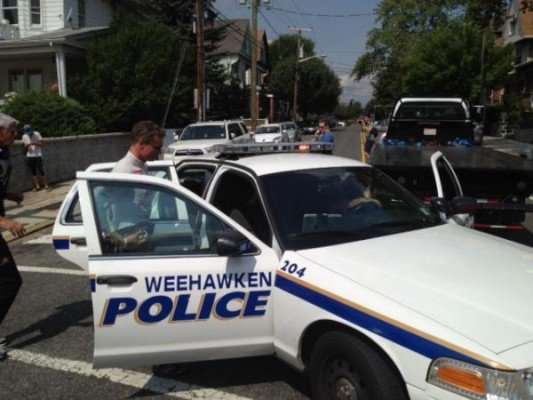 Williams were still in Venezuela on Thursday: 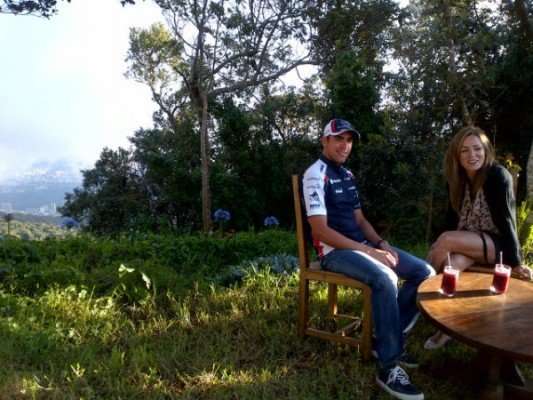 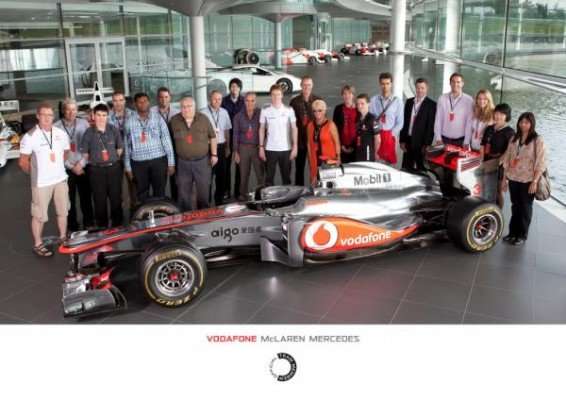 Williams were looking forward to Spa on Friday:

@WilliamsF1Team: This time in two weeks we’ll be gearing up for another race weekend at the #BelgianGP Looking forward to it is an understatement#NotLongNow

Lotus posted a cartoon on Saturday:

@Lotus_F1Team: [Cirebox cartoon] As the summer break draws to an end, look at what Romain was up to! #F1 #Grosjean http://pic.twitter.com/Hc7hYPyk 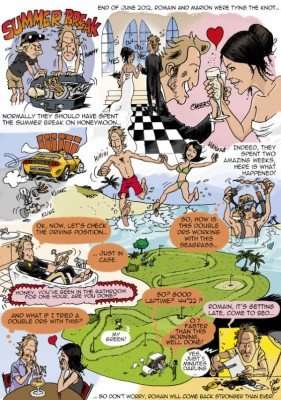 Will Buxton watched the Olympics Closing Ceremony, where they played the Brazilian national anthem:

Sky Sports were counting down to Spa on Monday:

@SkySportsF1: And if 20 days seems long, remember we get to see images like this in Spa #skyf1 http://pic.twitter.com/W8F618Ix 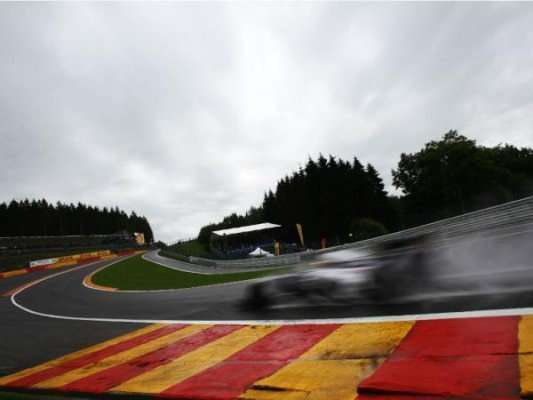 The BBC’s David Coulthard was in New Jersey with Red Bull this week:

@therealdcf1: Got to live America, straight to the point, in NY to do some F1 filming http://pic.twitter.com/d54hNnI8 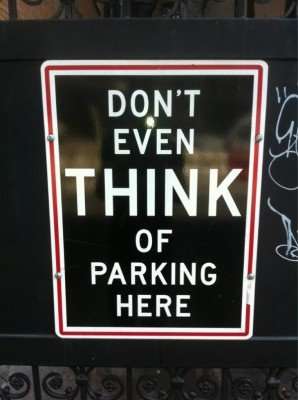 @therealdcf1: Everything is supersized, even the rats, at least he can spell http://pic.twitter.com/Dyc0xKT5 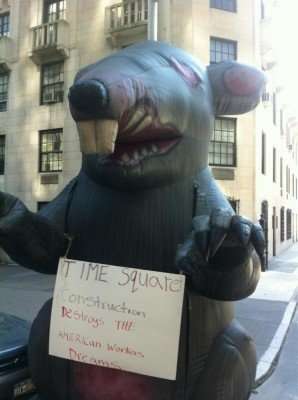 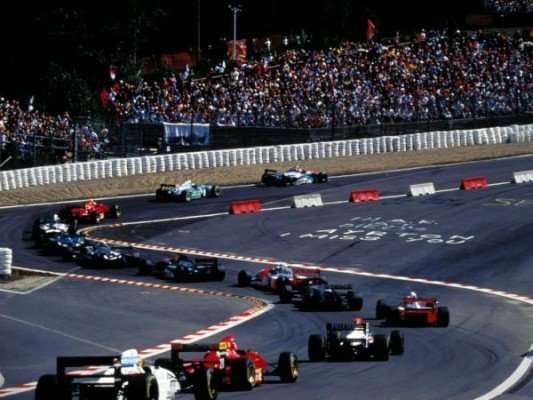 @therealdcf1: On a break from filming with last years Red Bull car, any one got any questions on the NY GP

@therealdcf1: “@steviehed: @therealdcf1 How good are the chances of it a) being ready and b) being confirmed on next year’s calendar?” a) good b) great

Sky’s Natalie Pinkham was on a beach in Venezuela: 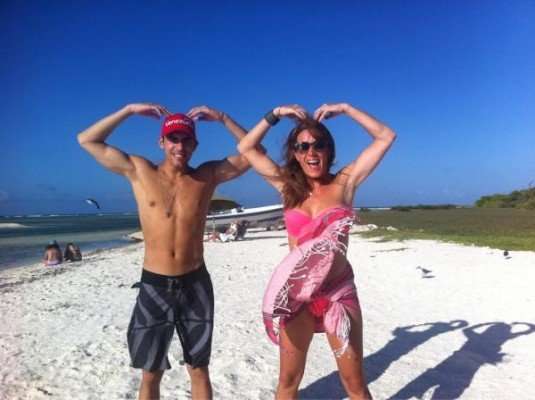 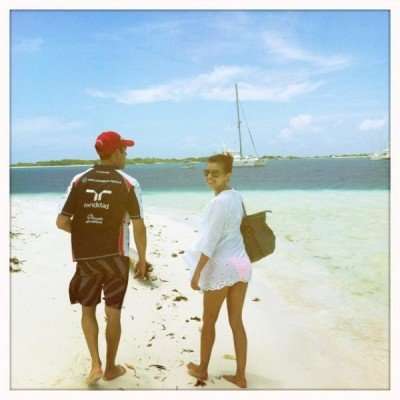 DC was driving again on Wednesday: 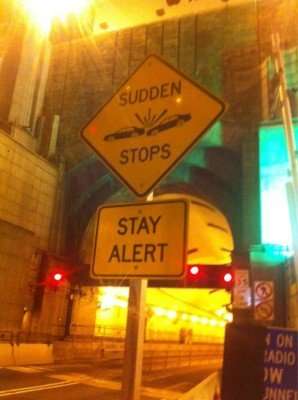 5LiveF1 was studying the F1 calendar:

Jake Humphrey didn’t know whether to be flattered or offended on Thursday:

@mrjakehumphrey: Lady in a shop just said I am a ‘better looking version of Jake Humphrey’. Should I be flattered or offended?!??

Nick Heidfeld was diving on Monday:

@NickHeidfeld: Enjoying sun with a #jump into #LakeZurich.Look and see why I didn’t make it to the Olymipcs with my high diving. http://pic.twitter.com/1CcrPhlX 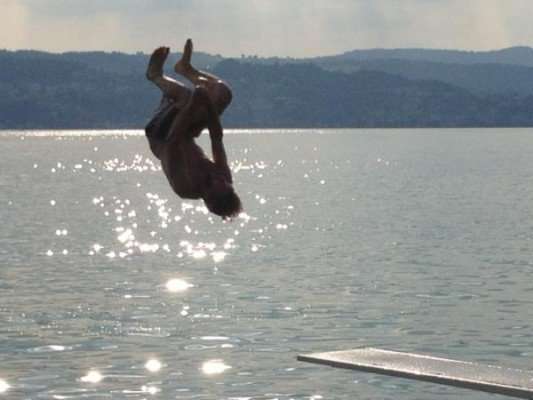 Nicolas Hamilton was trying to dive on an iPhone app:

Heikki Kovalainen’s girlfriend did some painting on Thursday: 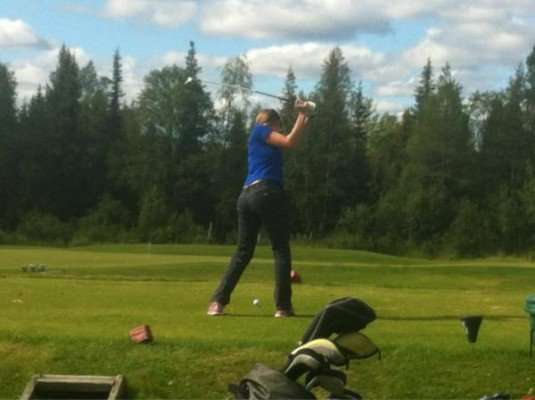 GP3’s Vicky Piria shared a photo of how a driver sits in the cockpit: 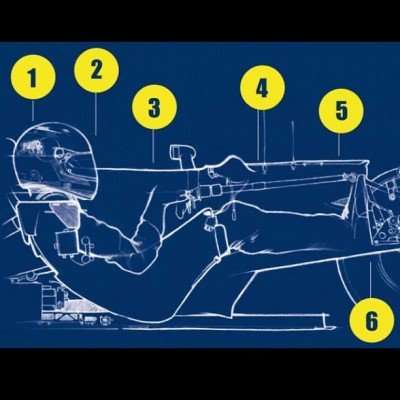 Caterham’s Mike Gascoyne was looking forward to getting back to work:

@MikeGascoyne: Looking forward to getting back after the summer break. Going to be some really exciting announcements coming up from Caterham soon!

Finally, our contributor, Derek Daly has been in Alaska with the brown bears: 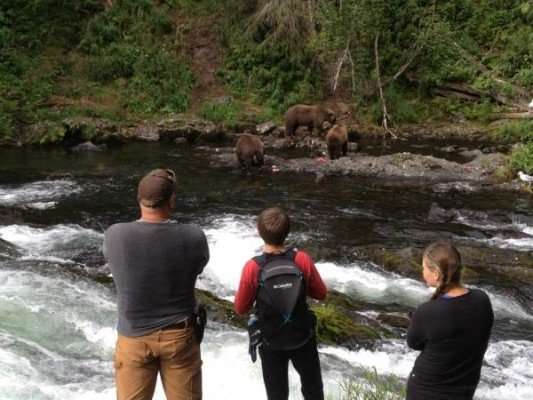 That’s it for this weekend. Join me again next week as we gear up for the return of Formula One…