It’s fair to say, the F1 world has been quiet this week as we’ve endured the final week of the summer break. But without further ado, here are a few of the things the teams, drivers and media have been saying this week…

Jenson Button had this to say about his Triathlon on Monday:

@JensonButton: What a great day yesterday was… Thanks everyone for making it such a special Triathlon event and raising lots of money for Help 4 Heroes

@danielricciardo: Hey guys! Hope you had a great weekend. England turned up the heat I was loving it! As for me, just training hard & getting ready for Spa!

Button was back in the simulator this week:

@JensonButton: Good to get back in the simulator yesterday and do prep work for Spa and Monza! Eau Rouge flat first lap!!

@alo_oficial: We are getting ready ..! Good feelings and can’t wait to get into the car! #spaAlo http://pic.twitter.com/rITEDNQb 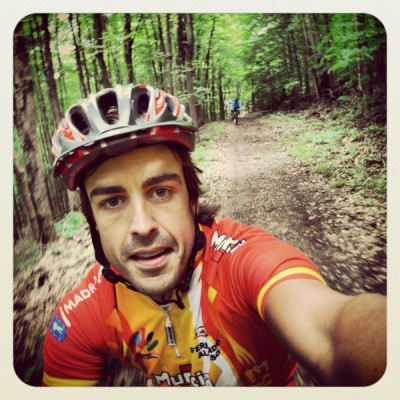 Nico Rosberg posted a photo of former F1 driver Alex Zanardi who’s going for gold in the Paralympics this week: 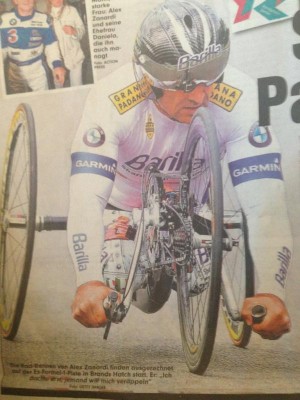 Lewis Hamilton has been spending time with his auntie this week, who is battling cancer:

He was back at work on Friday:

@LewisHamilton: Morning!! Back to it, Mclaren today in the simulator to prepare for next two races, training & technical meetings & some filming for Voda.

Ricciardo was busy filming with Natalie Pinkham on Friday in the Toro Rosso simulator:

@danielricciardo: A little woozy @NataliePinkham after I showed her round the Red Bull simulator this afternoon http://t.co/yBsX9BYc 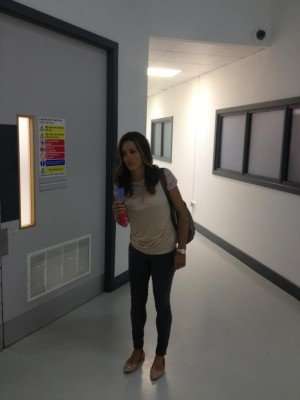 @NataliePinkham: @danielricciardo Felt ashamed untiI I heard Schumi feels sick in the sim too. If it’s ok for the 7x world champ it’s ok for me : )

Lewis had a special guest with him on Saturday:

@LewisHamilton: My special guest!! @nicolescherzy & me here watching over my auntie. My aunt was so surprised when she walked in, put a smile on her face. http://instagr.am/p/OweM2vL09s/ 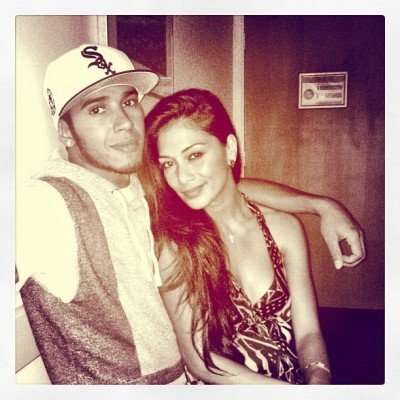 Kovalainen and his girlfriend were watching TV on Saturday night:

Meanwhile, there was a storm in Monaco:

@pauldirestaf1: That was entertaining trying to shut shutters and gather outdoor furniture, some damage. Looks like Monday will be sorting that out. 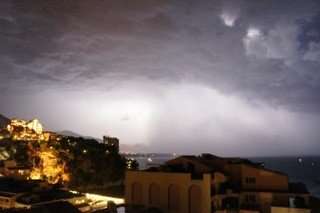 @WilliamsF1Team: We also have some photos to share with you.. see more of our trip to Venezuela on our latest Pinterest board..http://pinterest.com/williamsf1/williams-f1-in-venezuela/

@WilliamsF1Team: The new Pinterest board includes this corker of a certain @MBrundleF1 Can anyone tell us which year this was? http://pic.twitter.com/SNptSijs 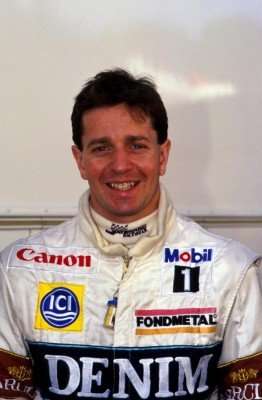 Lotus were back to work this week:

@Lotus_F1Team: Morning morning morning! How are we today guys? Ahhh it’s good to be back, isn’t it time for Spa yet?! We’re itching for some #F1 action!

Someone raider their freezer on Tuesday:

@Lotus_F1Team: Hmmm it would appear someone’s been raiding the freezer… #F1 http://instagr.am/p/Olvi8Vrk7R/ 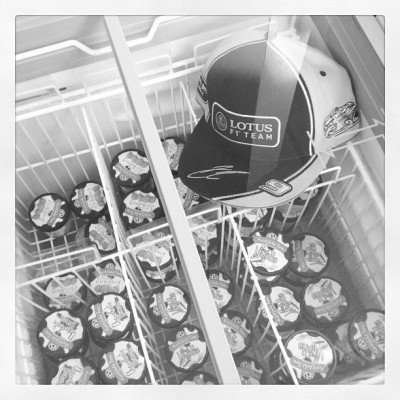 By Saturday, Williams were ready for Spa: 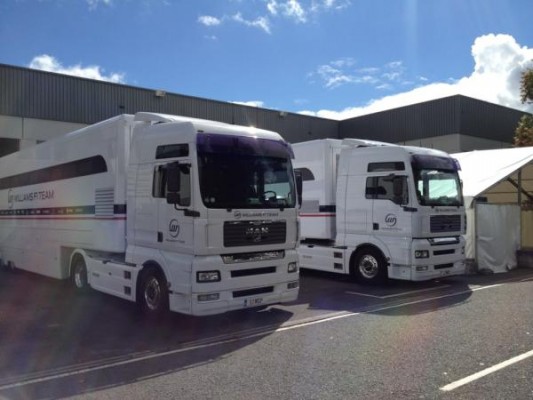 Jennie Gow was back in the UK last Sunday:

@JennieGow: Touch down in the UK. Looks like I missed the British summer then…who predicts rain in the next day or so then now I’m back?;)

The hills were alive with the sound of music for Natalie Pinkham on Monday: 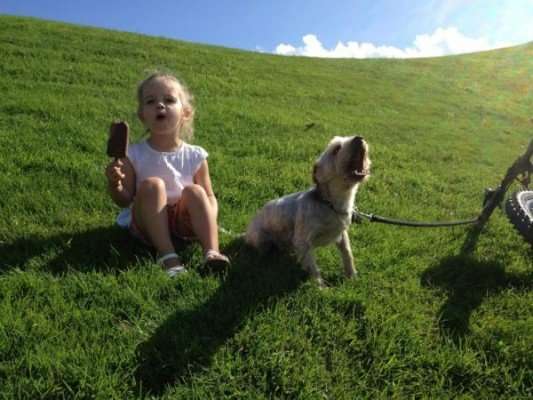 Martin Brundle had a photocall on Tuesday: 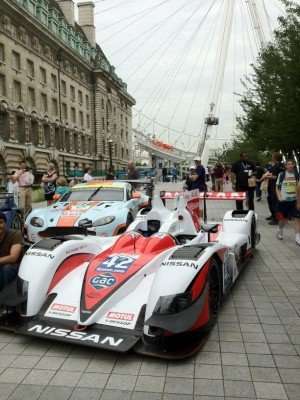 @MBrundleF1: This F1 summer break is too long. It’s like part one, then…….. part two. At least I get to race at Silverstone this w/end. See you there

David Coulthard was enjoying some time with his son:

@therealdcf1: On the sofa with DC jnr, he just lobbed his drinks bottle across the room for me to catch, biased I know but impressive throw for 3.75 years

Autosport’s Jonathan Noble was getting his teams confused on Wednesday:

@NobleF1: Ooops, think I meant to say Hulkenberg reckons Force India can finish ahead of Williams. In a Williams v Williams battle I’d go for Williams

Will Buxton was off to the US:

@willbuxton: Bag packed. All my info printed. @WillsOnesie washed and ready for the 13 hour flight. America… I’m comin for ya. @RaceSonoma @IndyCar

This week, David Croft was stepping in for Ted Kravitz on The F1 Show on Sky Sports F1:

@CroftyF1: Mrs C now looking up lamb recipes whilst I head off to Sky to prepare for tomorrows F1 show with @OfficiallyGT I’m standing in for Ted :)

@CroftyF1: @OfficiallyGT in a while crocodile! This sounds like a conversation I have with my children :))

Natalie Pinkham was looking forward to getting in the Toro Rosso simulator:

@NataliePinkham: Much needed kip now. Up early for a simulator head to head with @danielricciardo …U ready?! Bring it on!

Meanwhile, Ant has been back in the simulator:

@antdavidson: Was good to be back in sim yesterday. Back felt good too! More physio this morning and then heading down to @SkySportsF1 for the F1 show.

Martin Brundle was at Silverstone this weekend:

@MBrundleF1: I like this time at the track. Good day’s work, sun setting, data being interrogated, team work, optimism building.http://pic.twitter.com/9DR8XhBv 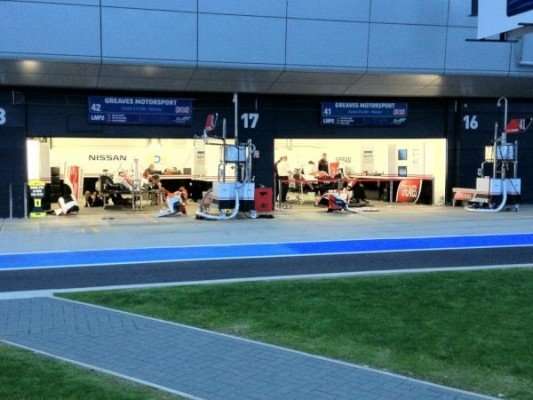 After The F1 Show, Georgie was watching a programme about sharks:

@OfficiallyGT: Watching a show called Human Shark Bait where people are actually trying to get eaten. What on earth?!

Natalie Pinkham bought a present back from Venezuela for her niece:

@NataliePinkham: My auntie went to Venezuela with @WilliamsF1Team and all I got was this lousy t-shirt http://pic.twitter.com/ZwBy1GZV 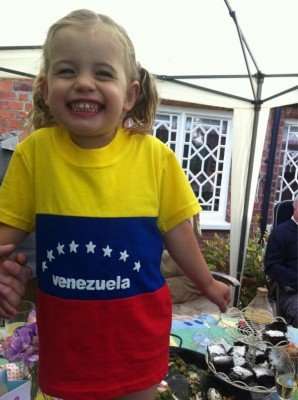 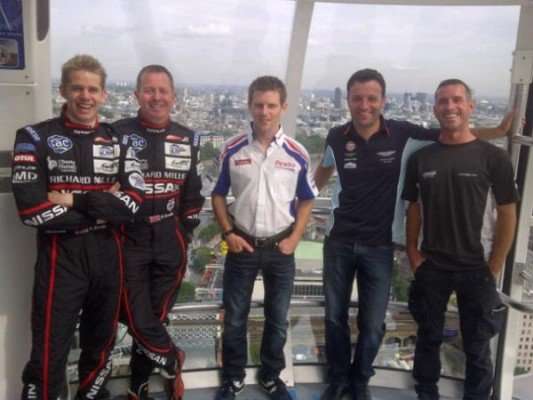 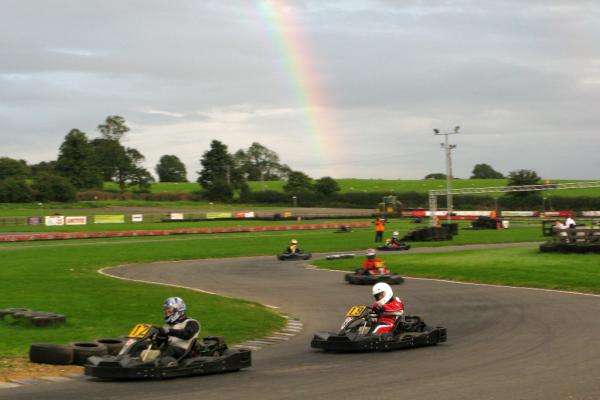 Kovalainen’s girlfriend was looking forward to seeing him on Saturday:

@KataHyde: Picking up @H_Kovalainen from Geneva airport. I’m looking forward to seeing him even if it’s only been a few days since we were together! :D

That’s it for this week. Join me again on Monday 3rd September, after I return from the Belgian Grand Prix, when I’ll be sharing more from the teams, drivers and media during the F1 weekend.