Yee-haww, F1 is back in the US this weekend for the Austin Grand Prix. The teams, drivers and media have been enjoying being back in the States – here’s what they’ve been saying on Twitter this week…

Jenson Button was excited and looking forward to Austin on Tuesday:

@JensonButton: Only a couple of days away from the Inaugural Circuit of Americas GP In Austin! Who’s excited?! Me! ;)

Timo Glock received a gift from his hotel:

@realTimoGlock: Little present from the hotel. If I eat and drink all this will be 3 kg heavier! pic.twitter.com/fy8rV8Bo 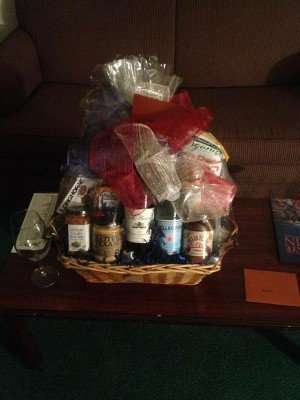 Jenson cycled the track on Thursday:

@JensonButton: Useful day at Circuit of the Americas! did a few laps on the bike & really enjoyed the flow of sector 1. Bring on P1!! pic.twitter.com/xoV2uVYB 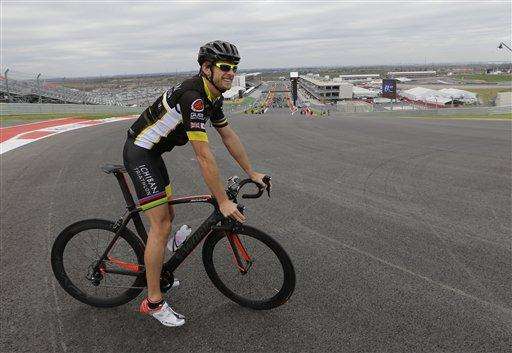 Paul di Resta was ready to start his engine for FP1 on Friday:

@pauldirestaf1: So, gentleman start your engines…. F1 about to start in the US again.

@AussieGrit: At a VIP dinner last night an American woman asked me”where are you from?” I said Australia, she said “wow your English is amazing”

McLaren were at a gas station on Wednesday:

@TheFifthDriver: JB drops into the local Exxon petrol (or should it be gas?!) station in Austin for some media interviews today! pic.twitter.com/BlPMZY5q 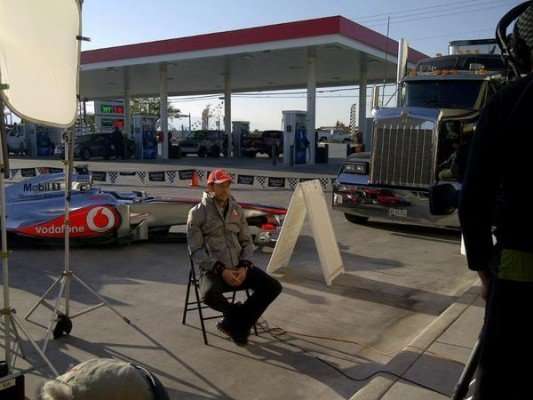 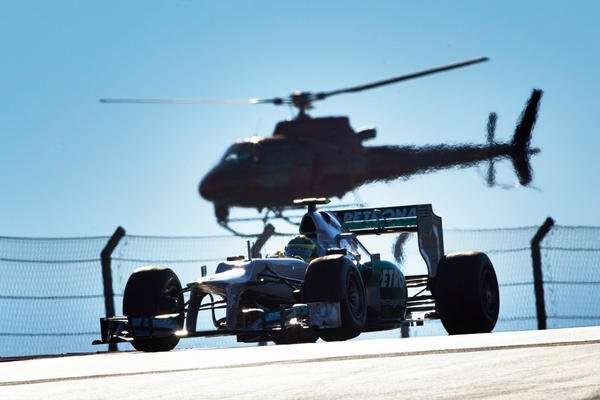 Lotus were with Grosjean and Alonso ahead of FP2:

@Lotus_F1Team: Just a few mins to go until FP2; let’s hope @RGrosjean has a spare helmet! That one might clash a little… #F1 #USGP pic.twitter.com/CWUolkkP 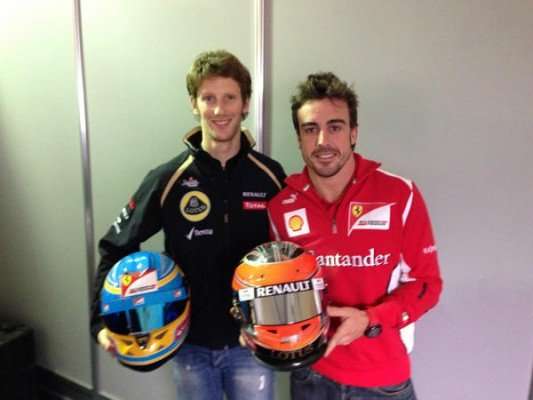 @redbullf1spy: Great viewing at COTA: grandstand, sit on the grass or simply rock up and park your RV trackside. I can see a bloke barbecuing at Turn 11.

@redbullf1spy: Seriously, dude’s got sausages and ribs on the go – tempting Spy every time the camera pans around. I’m renaming the hairpin: BBQ Bend.

Force India shared a photo of The Hulk’s boots:

@clubforce: Don’t forget to look out for the @alpinestars Hulk boots being used by @NicoHulkenberg for this week’s US Grand Prix. pic.twitter.com/wcgMRKsJ 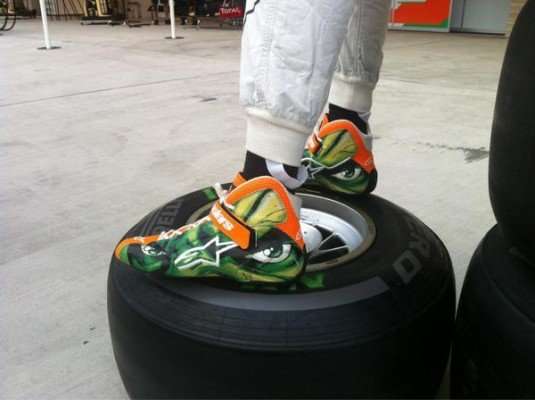 Marussia had a photo of the day: 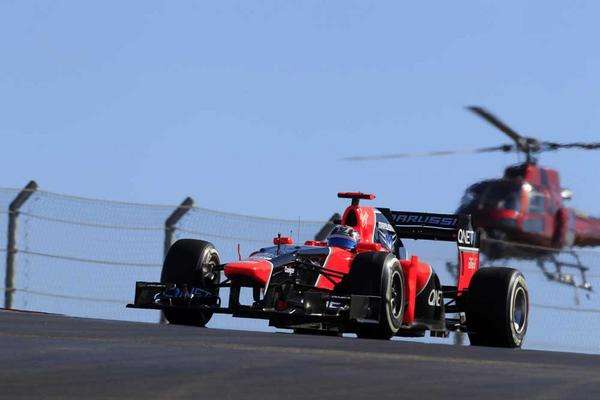 It was cold at COTA on Saturday morning:

@Marussia_F1Team: Oh. My. Word! SO cold walking into @circuitamericas this am that the Tweeting digits are frozen stiff! First stop garage for pitstop gloves!

@Marussia_F1Team: OK, well, we have to head to the garage now to see how on earth we are going to get some temperature into those tyres this morning

@Marussia_F1Team: To cover that topic closely for you, we will be Tweeting from a position right in the middle of the tyre stacks, just like in winter testing

@redbullf1spy: Arrived in the dark this morning. Freezing cold in the garage during the session… it’s like winter testing – except we’re wearing shorts…

Mercedes weren’t complaining about the temperature though: 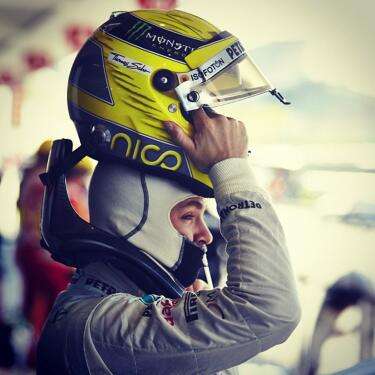 McLaren had this photo from qualifying:

@TheFifthDriver: Get ready to rumble: @LewisHamilton all set for this afternoon’s Qualifying session #BelieveInMcLaren #USGP pic.twitter.com/N2sChuBe 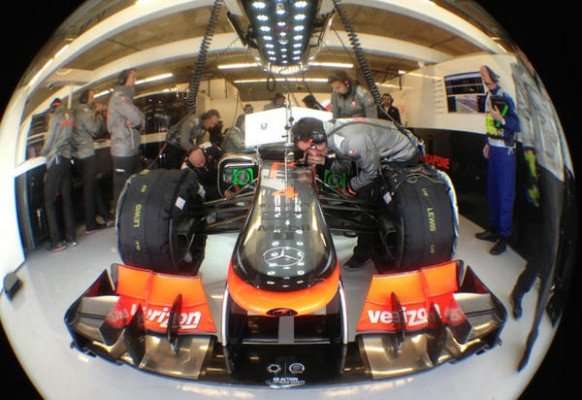 The fan signing was busy on Saturday: 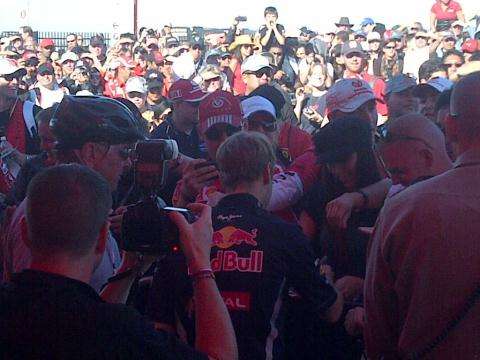 Mercedes had some special guests in the garage during quali:

@MercedesAMGF1: Yes we had the lovely Michael Fassbender, a huge Schumacher fan, with us in the garage today. Check back tomorrow for more pics! #AustinGP

@MercedesAMGF1: Patrick Dempsey and Ron Howard also paid us a visit… and Rubens popped in to say hello! #busypaddock #AustinGP

McLaren posted a photo before the drivers’ parade: 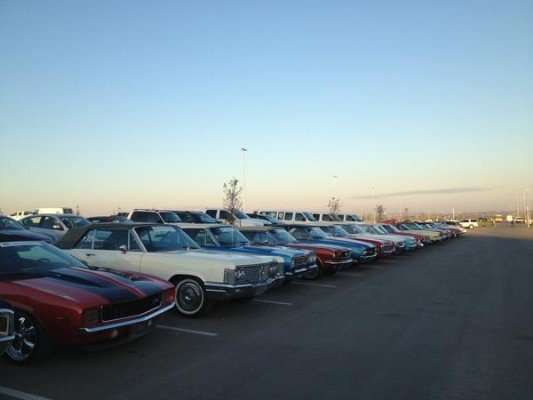 Sky’s Allan McNish has been growing a moustache for Movember: 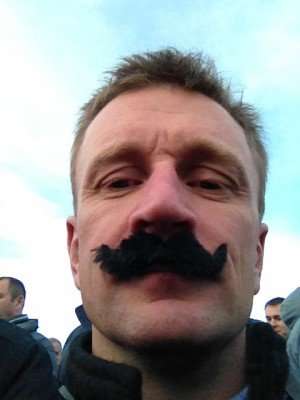 SPEED were at the circuit in time for the unpacking to begin: 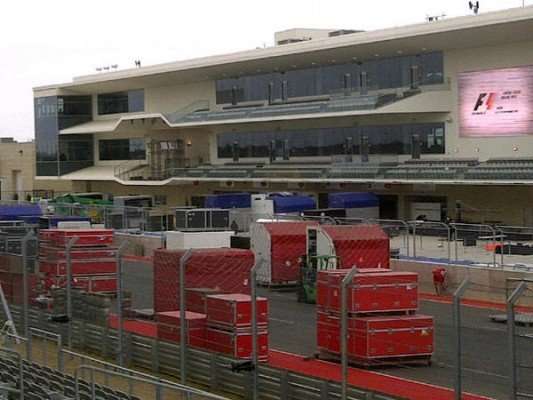 Here’s the view Vettel will have at the start of today’s race:

@CroftyF1: My view, if I was on Pole this weekend pic.twitter.com/wdF4Uzgp 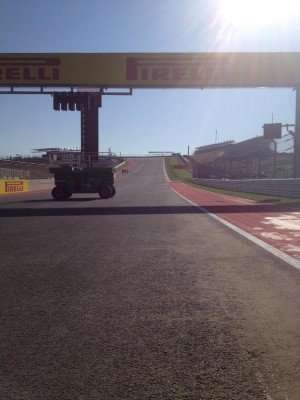 Natalie Pinkham got to wear a sweaty race suit for her charity fundraiser: 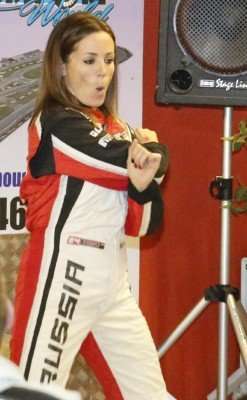 @JennieGow: Just back from walking the circuit – this place is really great. Camber & elevation changes. Love it! #f1 pic.twitter.com/1szpSeqT 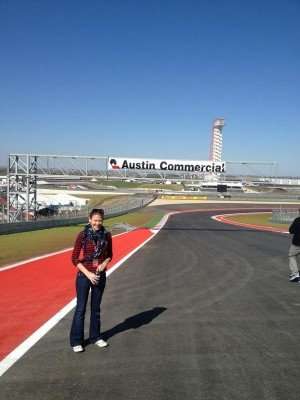 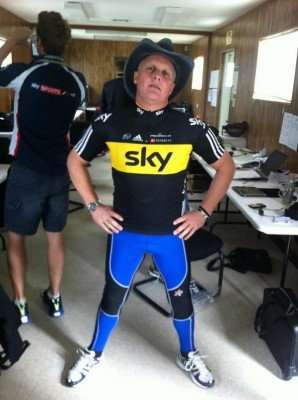 She interviewed Sergio Perez on Friday: 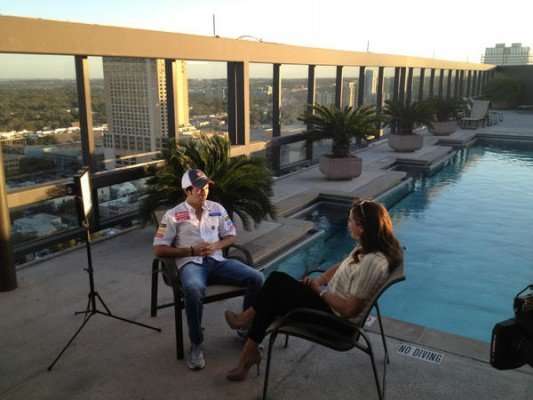 @tomcary_tel: Email from COTA saying 65,000 fans today. Most of them in this taxi queue with me pic.twitter.com/2QOEZHKA 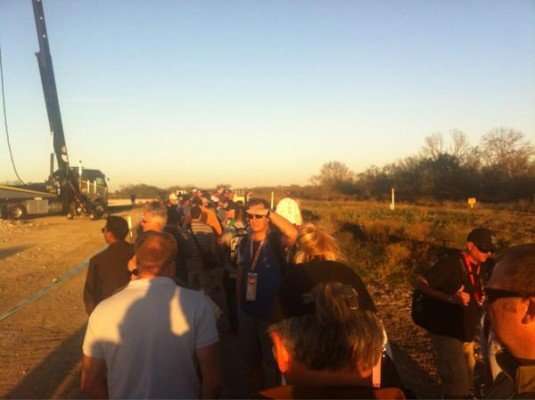 The Sky team went to the Aerosmith concert: 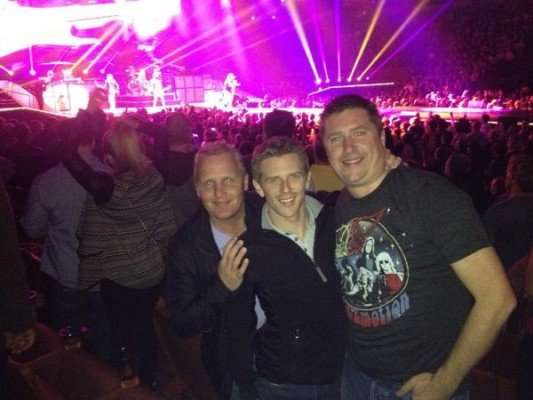 The media room were left without a feed during quali:

@F1Kate: Dear COTA – If you want me to write about your event, it would be helpful if I COULD ACTUALLY SEE IT!!!

But when the feed was working they saw a lot of celebrities:

@F1Kate: Someone in the press room on seeing Carlos Slim on the TV feed: ‘He doesn’t look all that slim to me!’ #badjokes

Pablo Elizalde shared the quote of the day, post-qualifying:

@EliGP: Alonso: “The race is tomorrow”

Will Buxton had his cowboy boots on this morning:

@willbuxton: Who’s ready? It’s the day we’ve been waiting for. The USGP is just around the corner. I’ve got my cowboy boots on. Lets do this.

And he wasn’t lying when he said that, 5LiveF1 posted the proof: 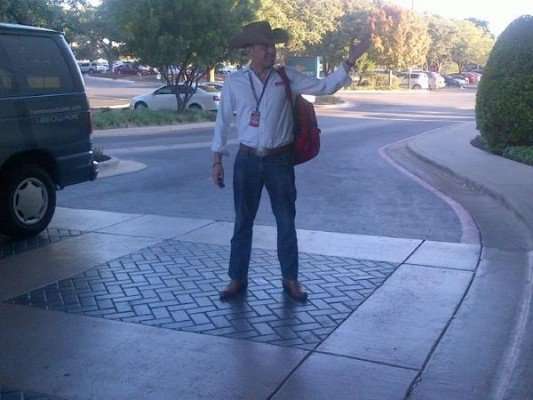 That’s it for this week. Join me again next Sunday when the F1 season is wrapped up in Brazil.