This week the F1 world headed to India where the teams, drivers and media were joined by a host of wildlife as they made Delhi their home for the weekend. The teams have been busy tweeting this week, in particular Lotus, who have had a special guest with them… Find out who it is in this week’s F1 Timeline…

Heikki Kovalainen has been doing some training in Abu Dhabi out on the circuit: 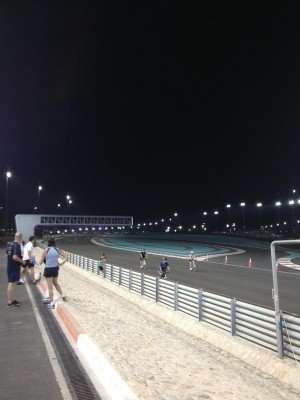 Kamui Kobayashi sounded like a man without a race seat in 2013 on Tuesday:

@kamui_kobayashi: Last my 4race this season will do my best as much as possible. Unfortunately my plan next year is not fix yet but of course will do my best

@kamui_kobayashi: And try to get my dream. It’s feel so high wall but this chance give me opportunity to be a even stronger my self

@kamui_kobayashi: One day if I need help from supporter of course it will be very helpful and please keep support me it will help a lot!!

Meanwhile, Alonso was more cheerful as he celebrated his 1,000th tweet: 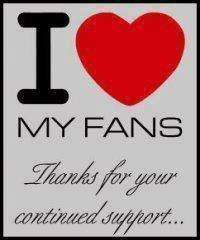 Mark Webber arrived in India on Wednesday and was held up in traffic: 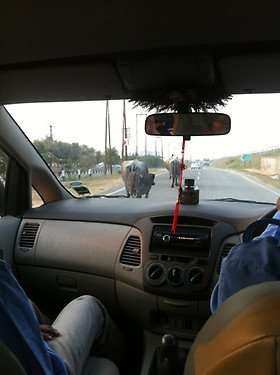 Kovalainen had a curry on Thursday night:

For this weekend’s race, Alonso had a personalised pillow on his hotel bed:

@alo_oficial: Normal Friday testing and adapt setup to the circuit! Now at the hotel some rest .., by the way, I will take this home pic.twitter.com/v7DOuGCy 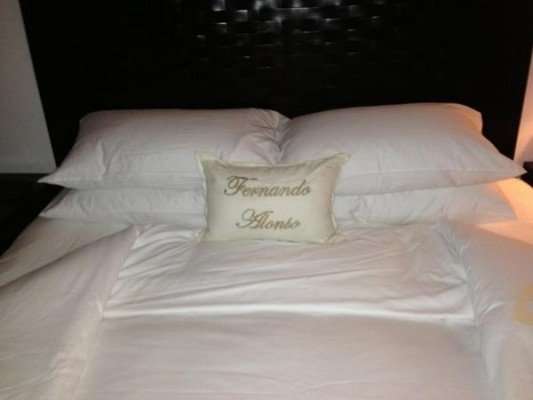 Lotus were in America last Sunday visiting the Circuit of the Americas: 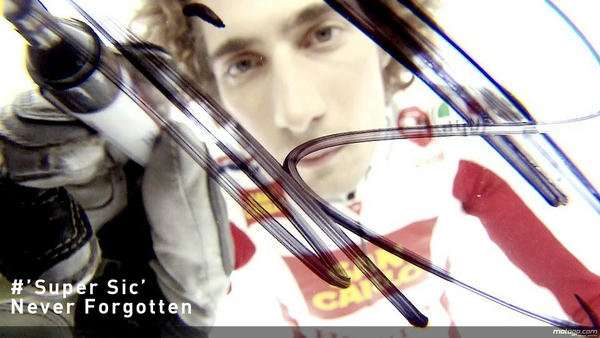 On Wednesday they were in India, and they shared some photos from their travels to and from the circuit:

@Lotus_F1Team: Guess you could say this takes the definition of ‘road hog’ to a whole new level… #IndianGP pic.twitter.com/ZWIA7VEU

@Lotus_F1Team: Stunning sunset here as we head back to the hotel for the evening… India is beautiful. Roll on the weekend #IndianGP pic.twitter.com/0hINvLj5 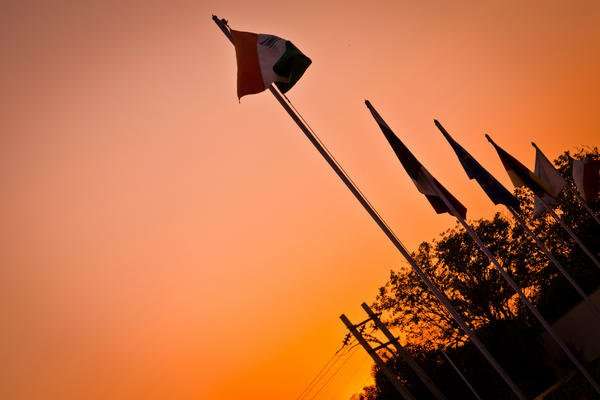 The teams were out walking the track on Thursday: 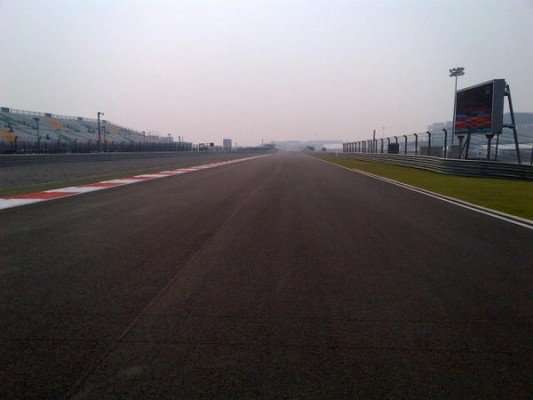 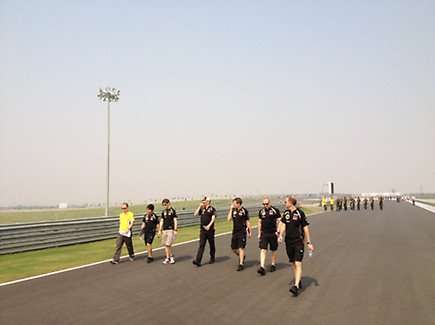 @Lotus_F1Team: Looks like @clubforce are the fastest track walkers so far, they totally mullered out of turn three to the straight http://twitpic.com/b76115 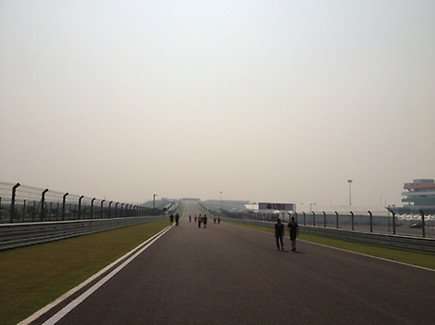 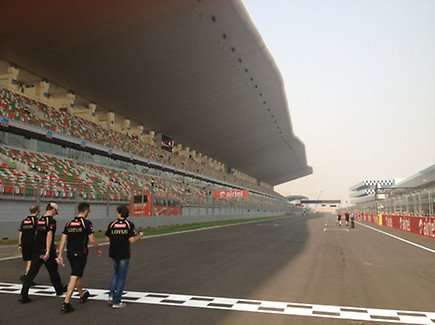 Later that day, Williams were at the drivers’ autograph session:

@WilliamF1Team: The drivers now signing autographs at #IndianGP. They’re going to need a lot of ink with that queue! http://yfrog.com/occrymjj 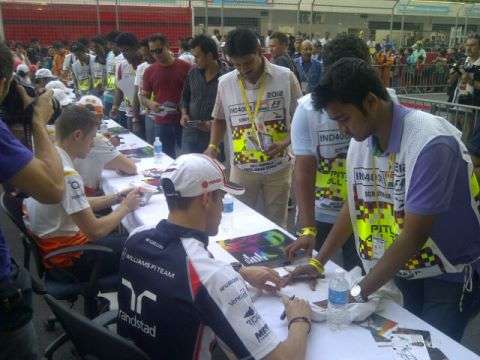 Red Bull’s spy was keeping himself entertained on the Indian roads:

@redbullf1spy: Who needs TV when you have the roads of India for entertainment? Man driving moped; lady on back of moped holding goat. The goatacycle.

Sauber noticed their reserve driver, Esteban Gutierrez, who stepped in for an ‘unwell’ Sergio Perez during FP1, was receiving quite a bit of media attention:

@OfficialSF1Team: There is quite some media interest in our reserve driver pic.twitter.com/F1v3FOud 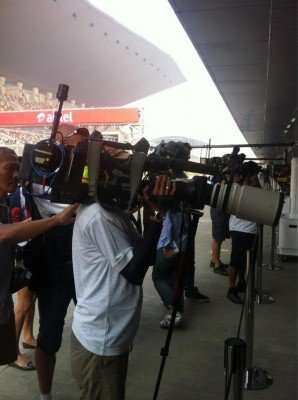 McLaren shared some photos from practice on Friday: 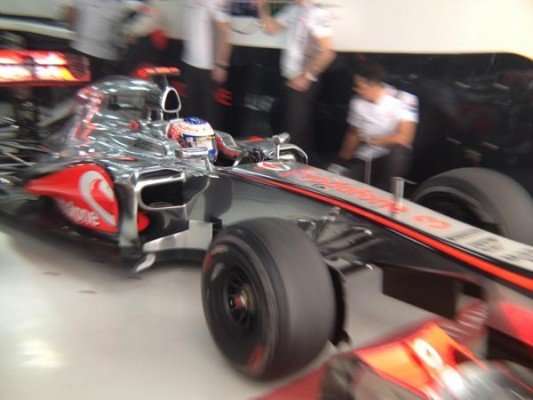 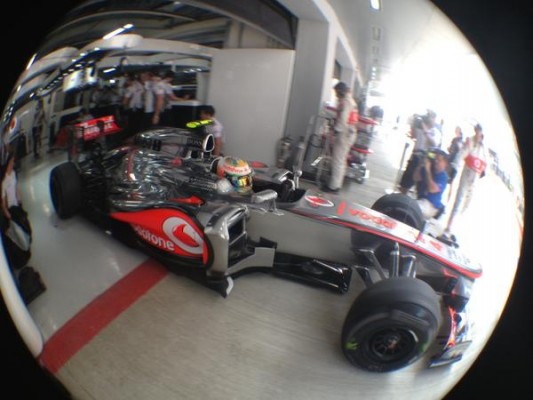 This weekend, Lotus were joined by Mini Kimi: 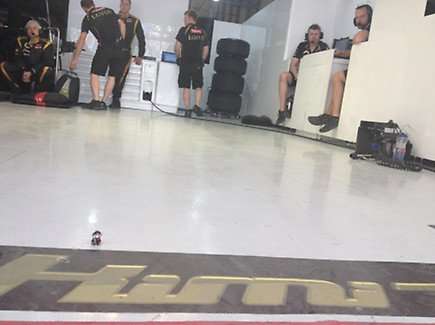 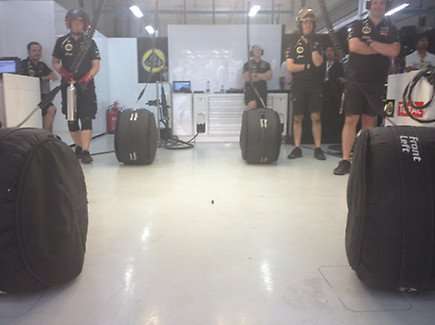 Planning a trip to a GP soon, and going on the pitlane tour? Then this is your checklist on what to take: 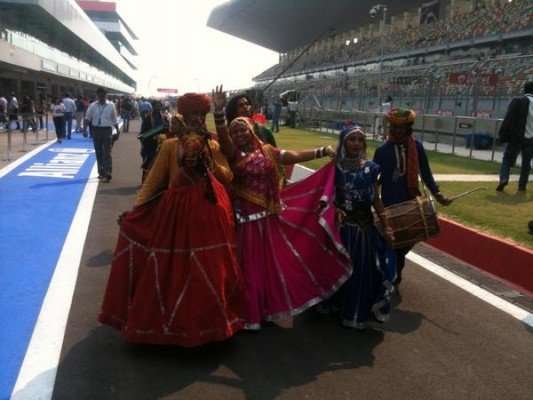 Marussia passed an interesting place on their way to the circuit on Saturday:

@Marussia_F1Team: Buddh Morning! S-hazy start to the day again as we get stuck into pitstop practice. Passed a place called ‘Cow World’ on the way *intrigued*

Excuse the pun from McLaren: 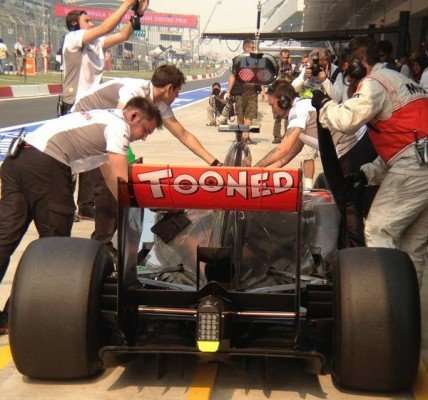 The Lotus Twitter feed was being monitored by a special guest on Saturday evening: 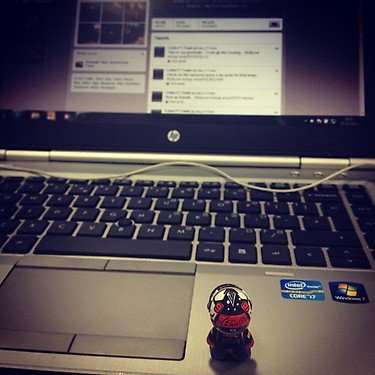 @Lotus_F1Team: Before we leave the track, Mini-Kimi took the chance to contemplate tomorrow… #holycow pic.twitter.com/OMdnXkoo 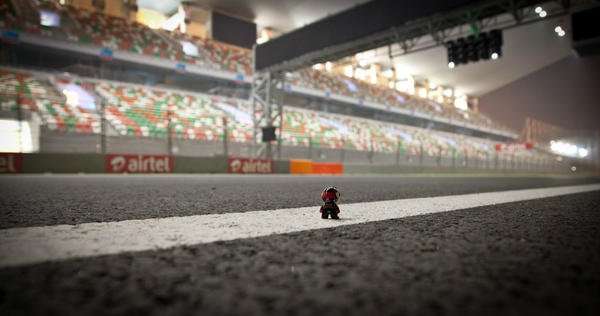 @redbullf1spy: I’ll give you 3 guesses which side of the tape this fella wants to be on…. pic.twitter.com/58LtNENQ 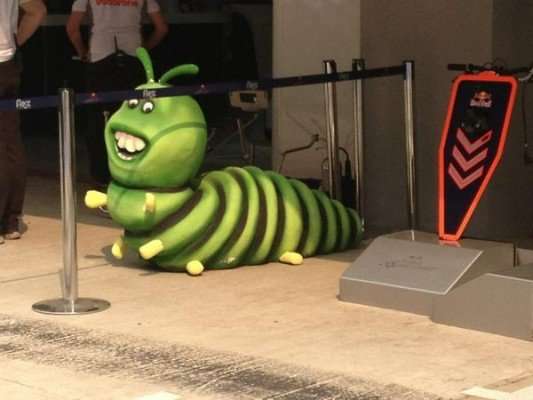 @redbullracing: Come and dance with us in our garage! #IndianGP #F1 pic.twitter.com/fO4bVpqR 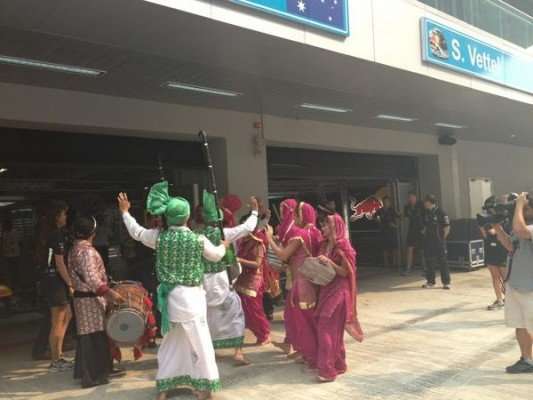 Lotus had a live cartoon during the race: 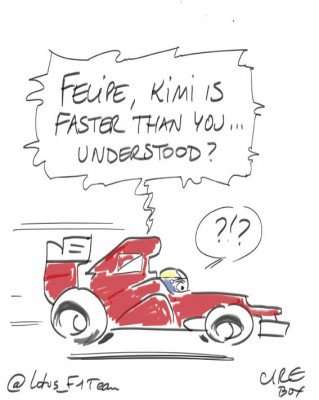 Red Bull’s spy had this to say after the race:

In case you missed a rare occurrence, here’s McLaren’s Lewis Hamilton being interviewed on the grid: 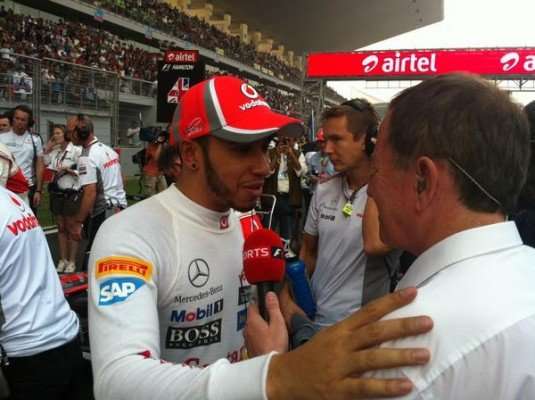 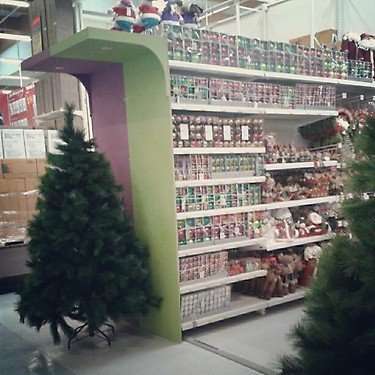 According to Will Buxton, Kimi Raikkonen is responsible for the ‘quote of the year’:

@willbuxton: Quote of the year? Kimi, do you like Indian food? “Well yeah. If it’s like it is in Europe.”

Natalie Pinkham has jumped on the Mini Kimi bandwagon: 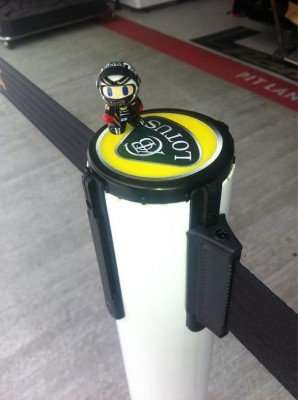 Jake Humphrey got caught in a traffic jam on Friday: 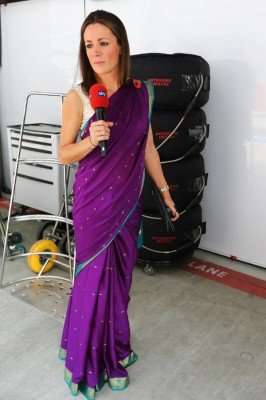 During the race, Kate Walker was trying her hardest to spice things up:

@F1Kate: Woah, we’re half-way there. Woah-oh, livin’ on a prayer (that this race will get more exciting).

@F1Kate: Congratulations to Sparky Zzzzettel for being the only man ever to win the Indian Grand Prix. Again.

And that’s it for this week. Join me again next week for the Abu Dhabi GP edition…