We’ve had the opportunity to interview several young American open-wheel drivers intent on reaching F1 but I think you’ll find that TJ Fischer has an eye to becoming a complete racing package on and off the track that could set him apart from the pack. He’s professional, poised and a humble driver who couldn’t be more approachable, capable and teachable. It’s was a delight to chat with TJ and I think you’ll enjoy listening.

TJ Fischer heads off to Europe with the Salvador Duran team for the Formula Renault 2.0 ALPS series and we caught up with him to chat about the series, his take on American karting, feeder series, the FIA’s new points system, Formula 1 and much more. I think you enjoy this young man’s ambition and poised approach to the draconian world of open-wheel racing as well as hear about the differences between European drivers and American drivers. Could there be another American F1 driver? If there is, you can count this man in as a driver very interested in a seat at Haas or any other team who might be inclined to give us Americans another chance. 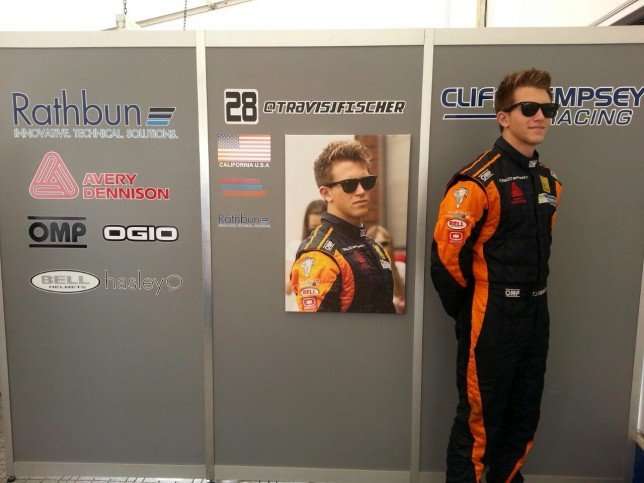