â€œWeâ€™ve got this ridiculous situation where weâ€™re all sitting by the start-finish line waiting for a winner to come past and we donâ€™t seem to be getting one!â€ This was how BBC commentator and former World Champion James Hunt described the finish of the 1982 Monaco Grand Prix, a race in which, with three laps to go, any one of five drivers could have taken victory, with none appearing to want to actually stand next to Princess Grace.

Brazil 2008 can arguably be called the greatest season finale in Formula One history. A yearâ€™s worth of racing famously culminating in one pass for fifth place on the last corner of the last lap. But what if we could have an ending to the 2010 season like the one seen in Monte Carlo almost 30 years ago? Arguably the greatest finish to a single Grand Prix in F1â€™s long history. I canâ€™t imagine that we fans would know what to do with ourselves for days, weeks and months to come were we to actually have an outright fight for the race victory deciding the World Driverâ€™s Championship.

In contrast to the static 24 (or 26, USGP?) car fields of today, 31 showed up in Monaco in 1982 to attempt qualifying for a grid limited to just 20 starting spots. Five drivers did not make it through pre-qualifying and six more were dropped after the official timed sessions. Though unreliable, the Renaults had been fast all season and Arnoux put his on pole, with teammate Prost slotting into fourth, behind Petreseâ€™s Brabham and Bruno Giacomelliâ€™s Alfa Romeo. This was the first race back after F1 lost Gilles Villeneuve at Zolder two weeks prior and Ferrari would bring just the single car for Didier Pironi, who qualified 5th.

The race started cleanly, with Giacomelli jumping Patrese for second. â€œThe Professorâ€ soon took the Italian for third, before Giacomelliâ€™s Alfa retired on the 4th lap with an axle problem, moving Prost up to second behind his teammate. Arnoux then spun out of the lead and retired on the 16th lap, moving Prost up to 1st. Pironi lost his nose when he touched a backmarker, but he stayed on track as this seemed to make little difference in the handling or speed of his Ferrari. The running order remained relatively stable amongst the frontrunners until a light rain began to fall with only a handful of laps remained. 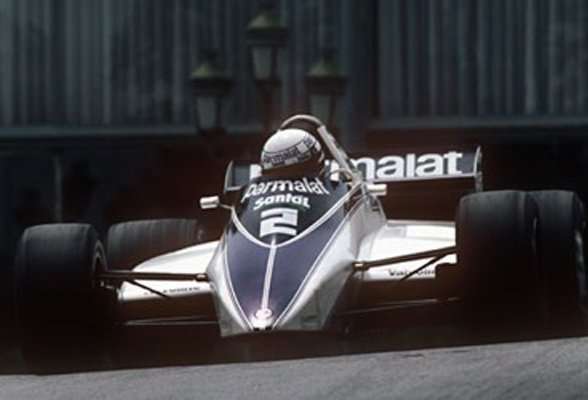 Keke Rosberg was the first to get caught out by the wet conditions, clouting the armco on lap 65 of 76. Teammate Derek Daly soon hit the wall as well, though he continued on minus the rear wing and with oil trailing from behind his Williams. Coming through the harbor front chicane, then much faster than the current version, Prost crashed hard with just three laps to go. 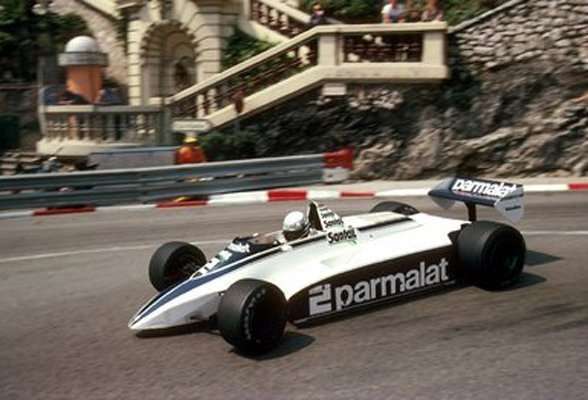 This put Patrese in the lead for the first time, but on the penultimate lap, he spun in the Loews hairpin, with both Pironi and Andrea de Cesarisâ€™ Alfa getting past. Derek Daly, who would have also gone by, had just pulled off on the previous lap with a gearbox failure. As Patreseâ€™s Brabham was sitting in a dangerous position, corner marshals pulled it backwards off of the racing line. When they let the car go, Patrese let his foot off the break and let the car roll down the hill. When he had enough momentum, he put the car in 2nd gear, bump started the engine and rejoined the fray, though disheartened for seeming to have snatched defeat from the jaws of victory..

On the last lap and in the lead, Pironi suddenly began to slow on track. He was out of fuel. De Cesaris should have then come by for the win, but he had also run out earlier on the final lap. This left Ricardo Petrese to cross the line for his first win in a race that he was sure was lost, thinking that he had finished 3rd or, at best, 2nd. When he got back to the pits, he did not understand why he was sent towards the podium, where in typical Monaco fashion, both Prince Rainier and Princess Grace awaited him.