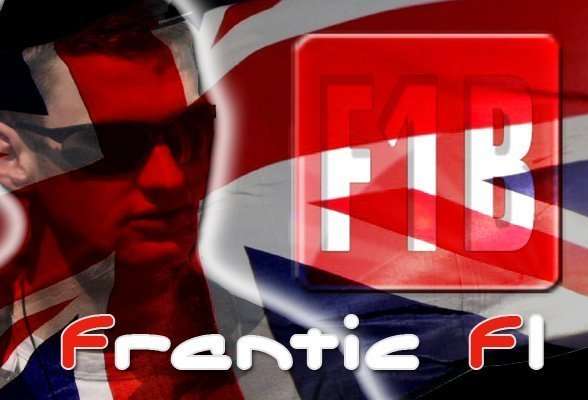 2010 is over and as a Ferrari fan I still am having trouble coming to terms with what happened in the final race. I’m not saying its bad but I do wake up at night screaming “I just want Ross Brawn to do the tactics again why can’t he come back?” I have also noticed I can’t find my shaver or any knives in the house. All odd.

But though I will spend the winter being miserable it seems I must treat the glass as half full and look forward to 2011 and hope that the following never happen. But then, like the 2010 season, it probably will seem like they are going to go my way only to be blown in the most stupid way possible at the last moment. (Yes I’m still bitter.)

10) Being told that Jarno Trulli has a vineyard.

For some reason any time I see an interview with Trulli some where it points out that he makes wine. To the point that some magazines that used to say “F1 driver, Monaco grand Prix winner” now describe him as “F1 Driver, wine maker” or something similar. I don’t care. Stop telling me I’m not going to buy any. So he has a retirement plan after F1 big deal. He may need it sooner than he thinks.

9) Kimi Raikkonen will insult F1 in some form or other.

How stars can look so bright then burn up in the atmosphere quicker than you can role a car on the recce of a rally. Yes Kimi started the year saying how good WRC was and F1 was too political but was more than happy to court Renault earlier this year. Well until they complimented him by saying they were honoured they had shown interest in him. How dare they? Jerks… Well one flirt with Renault and enough smashed metal to make Sato’s insurance bill look reasonable and Kimi’s career look uncertain at best. You can be pretty sure this story won’t die after all he was rumoured to be replacing Webber for 2011 this time last year, which went quiet, but some say 2011 is Mark’s last year so no doubt this will drag on.

Out of all the things on the list I do hope this one actually will come true and not happen. He has the money, yes, OK, that’s fine. But the talent? No. Driving off when a F1 car has a mechanic working on it isn’t brilliant and also replacing Chandhok is another one. Though sparing Karun from the HRT is probably a blessing in itself.

7) Explaining qualifying by round 17 in the season.

Did you know that Sebastian Vettel’s time set in Q1 wont count towards the grid and that all the times are reset? Well yes I know they said at the start of the session that this will determine the grid for the slowest 7. And yes I know you have been told this for the previous 16 rounds. And yes we will tell you again in rounds 18 and 19. What? You have known this since 2006? Well were going to tell you again anyway. And there are 20 rounds next season that we will tell you the same thing in case you forget.

Yes what Michael did in Hungary was very very stupid and I agree Rubens should have a go at him for that. But I’m bored of hearing this year about how he was happier in a sh*tbox Honda than at Ferrari and moaning about Michael. The Korean incident where he moaned about Michael holding him up in Q2 even though Michael had just apologised to him in the press pit and he got through to Q3 anyway didn’t stop him moaning making him sound whiney and biter and forgetting the fact that he did sign the Ferrari contracts knowing the state of play.

I think that this season showed that underneath Michael is a really great guy and a selfless driver. I can not believe how generous he was in turning up to 19 races going through all the interviews and answering the tough questions about his performances. Yet as we all really know what happened this season in the garage was that just before the session started when no one was looking he allowed Ralf Schumacher to put his brother’s helmet on and jump in the car. That’s my own logical reason for whatever was going on in the silver car that had “3” on it. Still Schumi Snr’s form did improve at the final races of the season so maybe 2011 will abolish the memory of this year. And there’s the fact Ralf managed a better results card than his brother for the first time ever (OK it was a pole and Ralf did mess the start up completely on race day but still.)

Schumi had his podium leap, Rubens did some odd walk and Alonso does some odd thing that looks like “the birdie song” but the dullest celebration has to be the Vettel finger. Yes No. 1 Seb thank you. Now stop it, you’ll have someones eye out with that thing.

Last year Q1 could contain some surprises as a big gun fell out. This year apart from a bizarre wet weather fluke earlier in the year Q1 has generally been 20 minuits of just waiting to see which Toro Rosso driver will be 18th (although Liuzzi did his best to keep it interesting). Maybe the new teams can really find the few seconds they need and make Q1 a bit more exciting in 2011. (Because the times in Q1 are reset for Q2 remember)

I hope that what ever the Pirelli tyres actually do the soft compound does not last the whole race and is only changed because of a rule saying they must. It would be good if tyre management could be made a bit more of a challenge is all I’m asking for.

At No. 1 is the whole Lotus saga. When it was announced Lotus was coming back to F1 there was much talk of the heritage and respect for the Lotus past and the Lotus name. Then at some point simply being Lotus Racing wasn’t good enough, no we had to have it called “Team Lotus” but the owners of Lotus Racing, Proton then dispute that and before you know it we have the whole argument is who owns the “name”. We were told that Lotus Racing were actually Lotus and they even competed in their 500th race so why was the need to then go for “Team Lotus” and cause this. In the end of this confusing mess we see that the F1 team may have to rename itself whilst Proton may be called Lotus Renault and that’s not going into the possibility of two Indy car teams called lotus and all the other Lotus coloured cars in different series. With all this going on it does not show any respect for the Lotus name and more a case of bringing it back from the dead to see what its got left in its wallet. So maybe for 2011 they could actually do what they said and show that respect they talked about in the first place.

So there you have it. And I managed to get through the whole list without saying anything about how I would really love to not see in 2011 is Jonathan Legard doing the BBC commentary, oops. Still if I ever get stuck on how qualifying works…